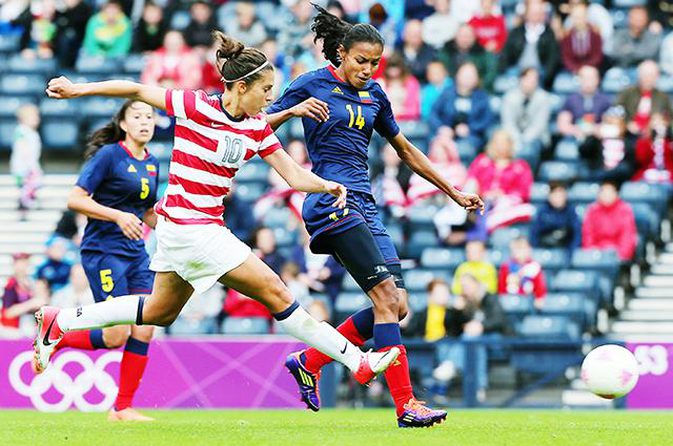 Women’s football has grown in popularity in recent years and interest in the game at an elite level has also begun to increase.

The most recent World Cup and Olympic tournaments were hugely successful, while there has been far greater coverage of competitions outside the US such as the Women’s Super League in England over the past few seasons.

As with any elite sport, female footballers must follow a strict training regime if they are to maximise their potential.

Read on as we take a look at how female footballers train.

Elite level female players will spend their mornings undertaking power-based fitness sessions for strength at the gym. These will usually last most of the morning, unless the team played a game on the previous day.

Some of these may be replaced by video analysis sessions, where the players gather to dissect previous performances or study a future opponent.

After lunch, players will then be out on the field for a couple of hours before heading home at around 4.00pm. This cycle is repeated from Monday to Saturday.

Some players will also do extra swimming or gym sessions, although these tend to be optional.

Before a normal training session players will fuel up with something like porridge or yoghurt and fruit. If they weren’t training they would perhaps just stick to a protein shake.

For lunch an elite player’s diet could be basic chicken and vegetables, or sweet potato, yoghurt and fruit and then something similar again in the evening.

At tournaments like the World Cup, nutritionists will plan and prepare everything in advance along with vitamins like fish oil.

Players are provided with energy drinks or the tablet form of an energy drink, but some don’t drink them unless they have a game.

Rest and recovery is an important aspect of any exercise program because it allows the body time to repair and strengthen itself in between workouts. It also allows the athlete to recover, both physically and psychologically.

During the recovery period, the body is allowed to adapt to the stress associated with exercise, replenishes muscle glycogen (energy stores) and provides time for the body tissue to repair.

Sleep is another important aspect of rest and recovery when it comes to sports performance and could be the difference between success and failure at the 2019 World Cup.

Athletes who are sleep deprived risk losing aerobic endurance and may experience changes in hormone levels.

This can lead to higher levels of cortisol – a stress hormone – as well as a decrease in human growth hormone, which is active during tissue repair.