Also in today’s roundup, China takes third at the Asian Cup, Thorns sign Bella Geist, and the remainder of the NWSL injury report is out. 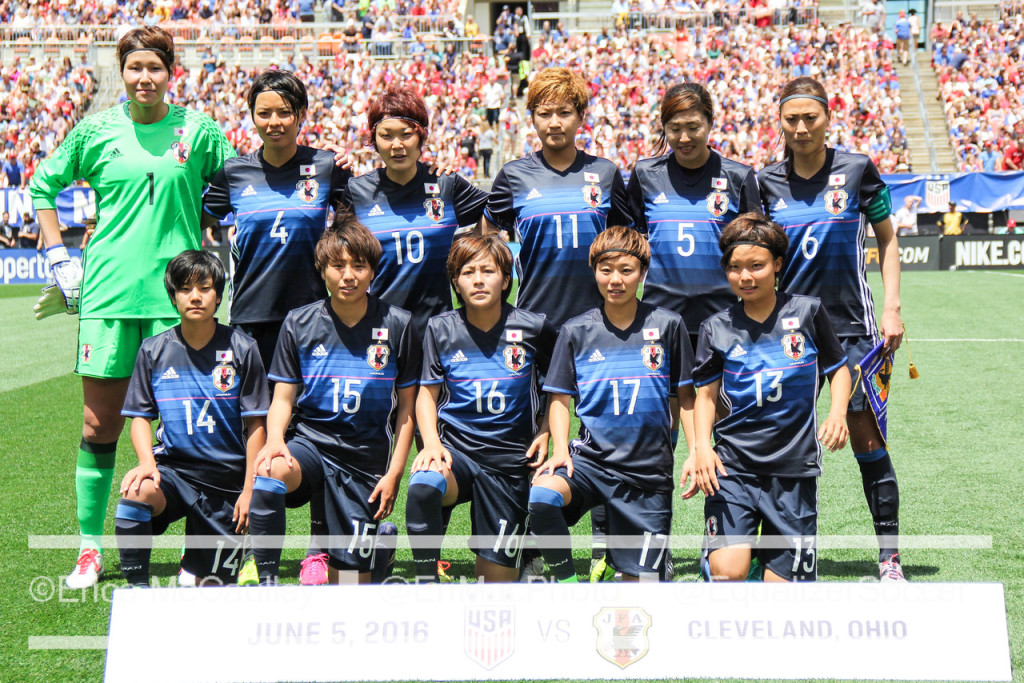 After a hard-fought battle with Australia in the 2018 AFC Asian Cup final, Japan took home their second consecutive winner’s trophy from the match, defeating Australia 1-0. This is the first time a country has won back to back titles since North Korea won in 2001 and 2003. Seven NWSL players suited up for the Matildas, while Seattle’s Rumi Utsugi played all 90 minutes for Japan.

The match was fairly even for the majority of the game, with action going end to end as both teams took their chances. Goalkeepers Lydia Williams and Ayaka Yameshita came up with huge saves to keep the match scoreless. Australia had a chance to go ahead in the 15th minute when Saki Kumagai was called for a handball in the box, but Yameshita was able to save Elise Kellond-Knight’s penalty kick. The score remained deadlocked until the 84th minute, when Kumi Yokoyama, who had subbed in just ten minutes earlier, outmaneuvered her defenders and launched a rocket from the top of the box over Williams’ head.

GOAL RECAP: Yokoyama with the hit and puts Japan in the lead #JPNvAUS #WAC2018 pic.twitter.com/OW8qO7mnXN

The tournament serves as the Asian Football Confederation qualifiers for the 2019 Women’s World Cup. Alongside both Japan and Australia, China, Thailand, and South Korea all qualified. Japan is the only AFC team to have won a World Cup, in 2011.

In the third-place matchup for the Asian Cup, China defeated Thailand 3-1, continuing their streak of never losing to Thailand in 13 previous meetings. The first half ended scoreless, with China having the better opportunities but denied by goalkeeper Waraporn Boonsing. However, China broke the dam shortly after halftime with Li Ying netting her seventh goal of the tournament, making her the top scorer by three goals. Two more goals, by Wang Shanshan and Song Duan, followed by the 60th minute to seal the deal, although Thailand got a consolation goal in the 81st minute from Rattikan Thongsombut.

China owned the Asian Cup trophy from 1986 to 1999, although they haven’t won since 2006. Their best World Cup finish came in 1999, when they lost in the final to the US on penalties. Thailand shares the record for most Asian Cup appearances with Japan with 16. This will be their second World Cup after debuting in 2015.

The Portland Thorns announced today that they have signed Bella Geist as a goalkeeper replacement for Adrianna Franch, who is out for this week’s game with right knee pain. Geist was selected in the third round of the 2018 NWSL Draft by the Thorns.

Geist, hailing from Milwaukie, Oregon, is an Oregon State product who holds numerous records at the school, including all-time saves and single-season saves (as a freshman). She will likely back up Britt Eckerstrom, the Thorns’ regular reserve goalkeeper. Third-place Portland hosts fifth-place Washington later tonight.

Week 4 injury report is out

The NWSL announced the remainder of this week’s injury report today. Notable additions include Franch as mentioned above, Brooke Elby with a right knee strain, and Stephanie McCaffrey out again after briefly appearing for the Red Stars in Wednesday’s win over Houston. Tobin Heath is no longer listed, while Samantha Mewis remains questionable after making her first appearance of 2018 in North Carolina’s win over Seattle on Wednesday.

As reported by Ann Odong of The Women’s Game, Caitlin Foord is set to have another surgery on May 25 before joining the Thorns. The full report is below.

NWSL Week 4 preview (part 2): All about that depth
NWSL Friday: Heath returns in 1-1 draw with Spirit