McCaffrey working her way back to full health for Chicago 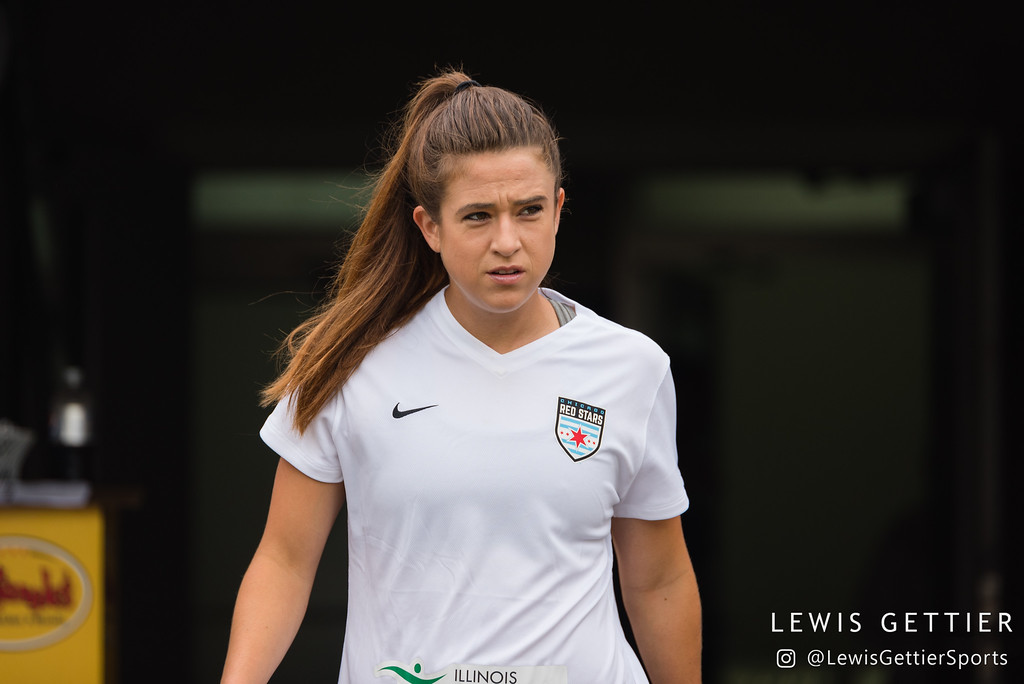 Stephanie McCaffrey, sidelined for the start of the season due to "illness," is slowly making her way back for Chicago. (photo copyright Lewis Gettier)

When the lineup for the Chicago Red Stars’ season opener came out an hour before kick off on March 25, it surprised many to not see Stephanie McCaffrey’s name. Considering Chicago’s extensive injury woes, the four-year NWSL veteran seemed a lock for the starting XI.

Behind the scenes, however, the reality of the situation was much scarier than a simple coach’s decision. The day before the match against Houston, McCaffrey had numbness in her face and had been up late into the night with the team’s medical staff trying to determine the cause.

Listed on the league’s injury report for several weeks with an “illness,” McCaffrey eventually found a diagnosis.

“It was neurological,” she told The Equalizer after Wednesday’s game in Chicago. “I pinched nerves in my neck and my back, so it started musculoskeletal. Then I had a stress reaction in my nervous system and was dealing with numbness and tingling for two to three weeks.

“You basically just treat it like a concussion and I had to completely shut down and shut my nervous system down for two weeks.”

McCaffrey saw her first action of the season last weekend, in the team’s 1-0 win over the Utah Royals, as a stoppage-time substitute. On Wednesday night, she picked up another nine minutes off the bench.

Still, she isn’t completely out of the woods.

“I’m working back into things. I was pretty sick and I have to build pretty slowly, which is frustrating. Anytime you get minutes, I’m thankful to be working my way back up to full fitness and full health,” said McCaffrey.

“It’s something I’m going to have to manage going forward, but, I think, I’m phasing out of and hoping it doesn’t come back because it sucked.”

On the night, Chicago picked up a 3-0 win over Houston in a match marred by miserable weather, temperatures just above the freezing point, and constant rain.

“I think we did some really good things in unfavorable conditions,” said McCaffrey. “In [this] weather, it’s hard offensively, sometimes, to get your touches right and connect passes and connect dribbles, but to get three goals in these conditions—credit to the girls.”

“We’re all enjoying it,” explained McCaffrey. “What’s cool about it is, Rory is trusting us to have the ball and we’re trusting each other and our movement and each others’ technical and tactical ability. But I think we still have a little of our bite.

“I think you saw that at the end of the game today. It’s cool to see a little bit of the old Red Stars’ fight, blue-collar style, which I think we’ll always have when we have to get it done in conditions like this.”