Wednesday Roundup: Rapinoe out for Reign; Raso could miss a month

Megan Rapinoe will not play for Seattle Reign FC on Wednesday night against the North Carolina Courage while the Thorns learned they could be without Hayley Raso for a month.

Rapinoe strained her left hamstring early in Sunday’s 1-0 win over Sky Blue FC and has been ruled out of the battle of unbeatens against the Courage at Sahlen’s Stadium. The six-year Federation Player has been in excellent form contributing to all three Reign goals this season and tearing up Mexico during the international break in between.

As for Raso, ESPN reported she injured her knee during the Asian Cup and could miss a month. Jaime Goldberg of The Oregonian reported Raso will arrive in Portland this weekend at which time the team will examine her and get a full idea on the extent of her injury. The Australian posted this picture of herself on Instagram with her right leg in a brace. Australia used the tournament to qualify for next year’s World Cup in France.

Here is the complete injury report for Wednesday’s NWSL matches (which does not include Raso since the Thorns are not on the schedule.)

OUT: None
QUESTIONABLE: None

Tori Huster was named W-League Player of the Year on Wednesday. Returning to Newcastle where she last played in the fall of 2014, Huster helped the Jets reach the playoffs for the first time in nine seasons. They lost in the semifinals, 3-2 in extra time to Sydney. 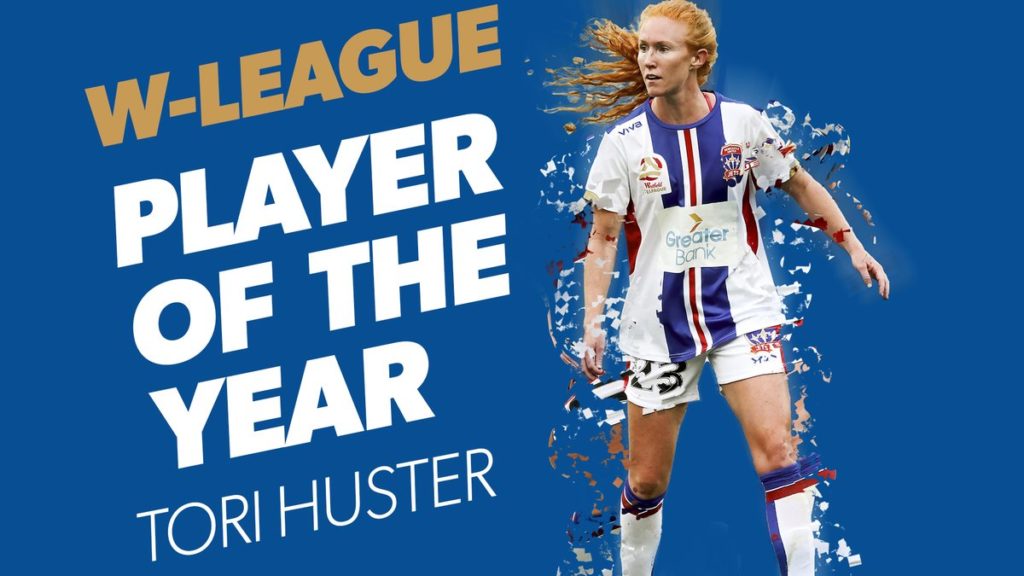 Huster is in her sixth NWSL season, all with the Washington Spirit. The 28-year old is the only remaining member of the club’s inaugural 2013 campaign.

Kealia Ohai: The heart of the Dash is about to return
Abby Dahlkemper’s consecutive minutes streak ends at 5,850