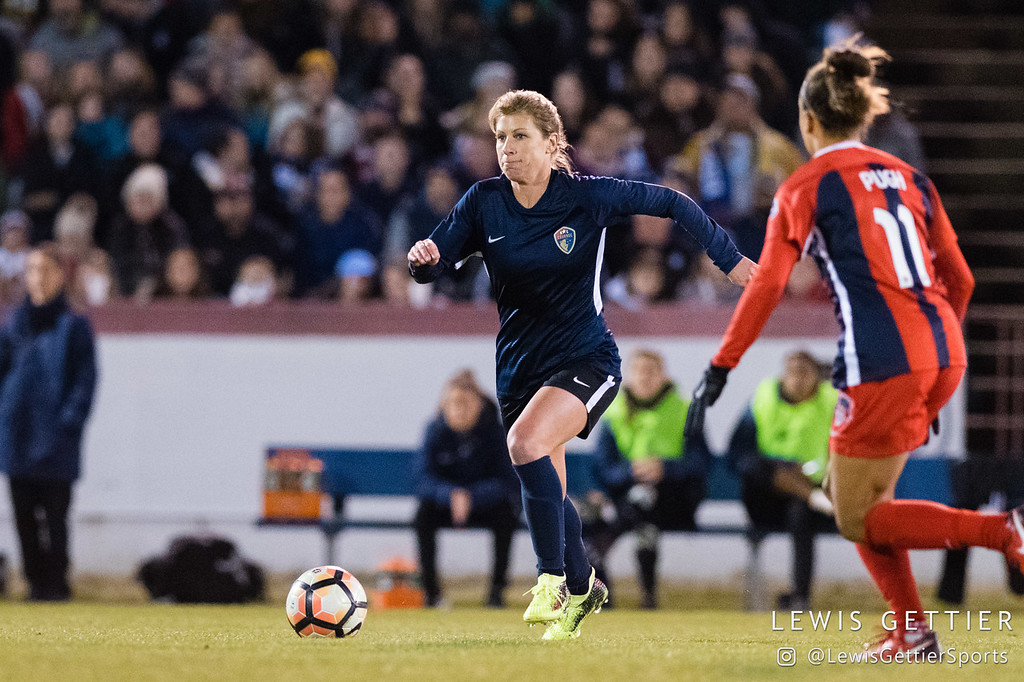 Cheer up, NWSL fans. The international tournaments are almost over and all your favorite players should be back next week. But before that can happen, depth is going to be stretched even further with the first of quite a few midweek gamedays this season. Take a long look at your bench while you get ready for NWSL Week 4 (part 1).

The good news for Utah fans is that the Royals haven’t lost a game yet. The bad news is they haven’t won yet either.

It’s early in the season, but we’re already down to only three undefeated teams, and two of them play tonight. North Carolina looks set to be making another run for the Shield, but Seattle is right on their heels. Both teams enter this match after a stumble last week. For the Courage, goalkeeper Sabrina D’Angelo gave up not only their first goal against of the season but their second as well, and the Courage had to come from behind to win after Mallory Pugh put Washington up in the third minute. However, the Courage offense exploded for three straight goals, including Crystal Dunn’s first for her new team, and finally looked lethal in front of net, putting 10 of their 16 shots on target.

Seattle travels to North Carolina without their most potent weapon – Megan Rapinoe, who is out with a hamstring strain. This is no small loss, as Rapinoe has played a role in every single goal thus far this season. With players like Bev Yanez and Jodie Taylor, they’re still certainly capable of scoring, but they’ll miss Rapinoe’s tenacious creativity and, and coach Vlatko Andonovski may have some tinkering to do in order to follow Washington’s example in getting past the normally stalwart Courage defense.

Rachel Daly is always a threat on goal – when she gets close enough from her new outside back position. (Photo Copyright Lewis Gettier)

Where will Houston’s offense come from?

Kealia Ohai is just about ready to begin her comeback on the pitch and could do so this week. That said, it’s quite a jump from playing one’s first minutes of competitive soccer in 10 months and shouldering an offense, and that’s what Houston needs someone to do. They’ve scored only one goal in two matches. Savannah Jordan looks to be getting closer to her first Dash goal, and Nichelle Prince is waiting in the wings, but with Rachel Daly playing on defense, the Dash have yet to look dangerous in front of an opponent’s goal.

Now they did score that lone goal against Chicago less than a month ago, but the Red Stars of late have looked quite different from their sluggish Week 1 beginnings. They still clearly miss Julie Ertz, but Danielle Colaprico has settled back into her old role in central midfield quite well. Houston’s best bet at scoring is to pressure Sam Johnson and Alyssa Naeher into making mistakes, but their system isn’t really set up for a strong press. Of note: if it comes down to a battle of attrition, Houston has both fresher legs and a numerically deeper, if inexperienced, bench.

Taylor Comeau: she’s going rather unnoticed thanks to the marauding exploits of Arin Gilliland on the opposite flank, but Comeau has been quietly doing her job on defense with surprising efficiency.

Lauren Barnes: the veteran is holding down the Reign backline despite the plethora of new faces around her.

Abby Dahlkemper: the reigning Defender of the Year was caught out by the Spirit’s pace and pressure.

Jasmyne Spencer: in her first start for Seattle, the forward didn’t register a single shot.

Tracking Back: Sky Blue needs to start finding Carli Lloyd
Kealia Ohai: The heart of the Dash is about to return