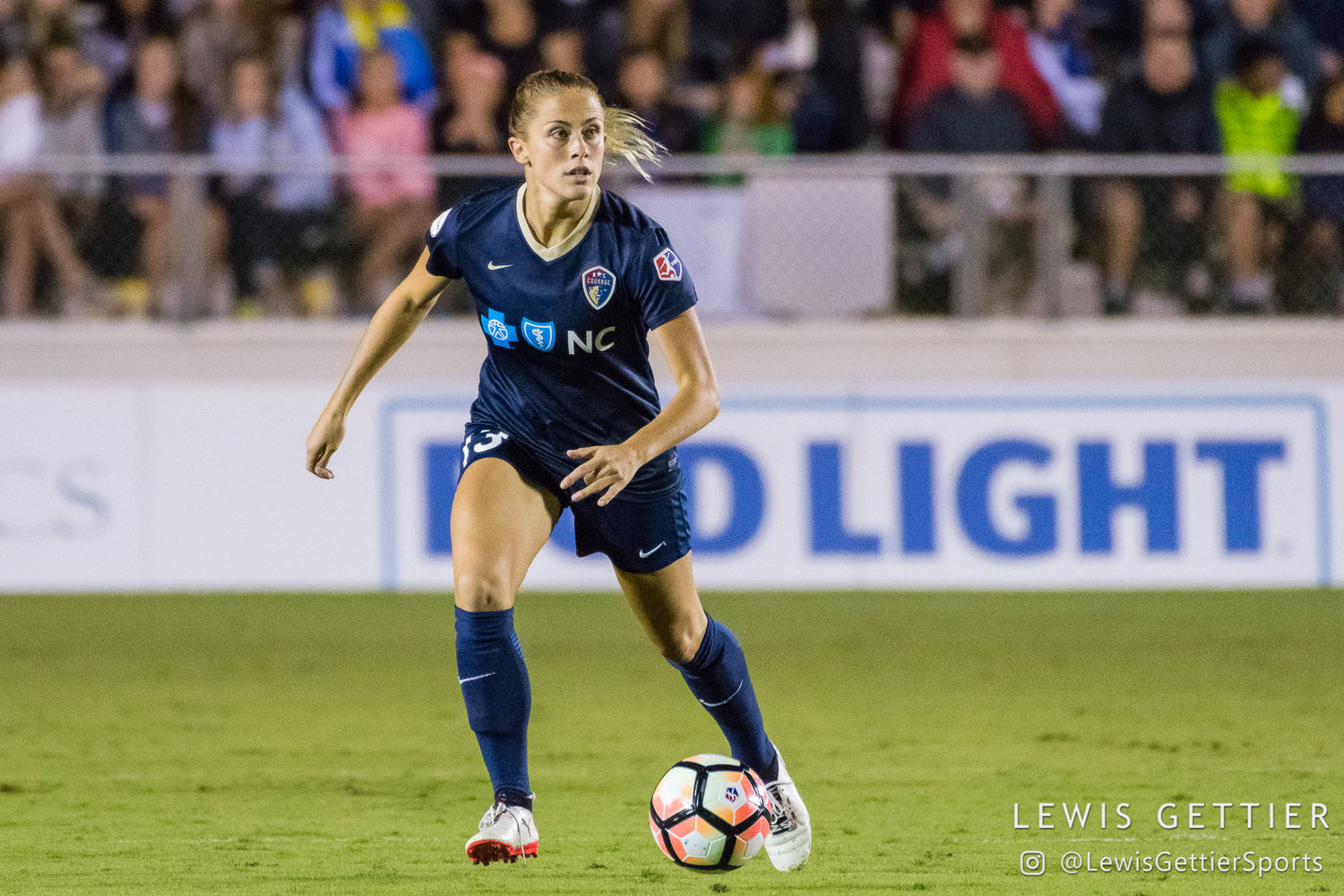 Abby Dahlkemper was not in the starting lineup for the North Carolina Courage on Wednesday, calling an end to her NWSL record of 5,850 consecutive minutes played. Dahlkemper was not on the bench either. She had started all 67 matches available since being drafted No. 4 by the Western New York Flash in 2015. The consecutive minutes streak covered the last 65 of those. It began May 2, 2015. Dahlkemper has also started and played every minute in four playoff matches over the last two years.

According to research conducted independently by The Equalizer the new current leader for minutes played is Emily Sonnett. The Thorns defender has played every regular season minute since returning from the 2016 Olympics, 2,880 in all. Dahlkemper’s 67 consecutive matches played and started leaves her four short of Jen Buczkowski’s league record 71. Buczkowski’s streaks ended when she retired early in the 2016 season.

Dahlkemper was not listed on Tuesday’s injury report and there was no immediate reason given for her not dressing for Wednesday’s match. Rookie Kaleigh Kurtz started next to Abby Erceg in central defense.