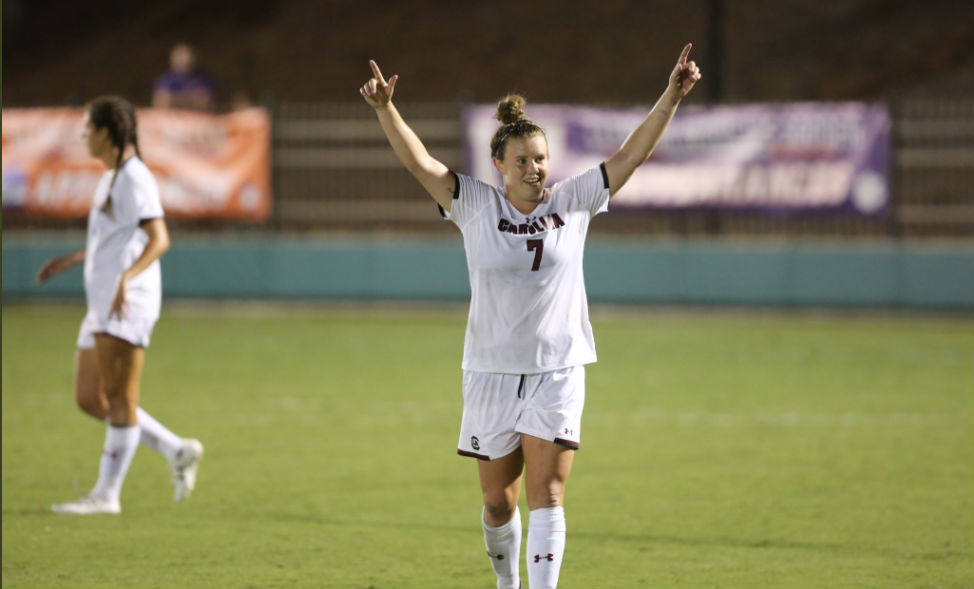 Last year, Seattle-NJ match ups combined for 18 goals through two meetings in 2017. In their last game against each other, it was a nine-goal game highlighted by the unforgettable and record-breaking four goal performance by Sam Kerr for Sky Blue FC. As the first meeting of these two clubs in 2018, there were a ton of differences compared to last year – it’s not just player changes between both clubs, but coaching changes as well in Vlatko Andonovski for Seattle and Denise Reddy at the helm of Sky Blue FC, both in their first head coaching gigs with each team.

Sunday afternoon’s match may have been marred by weather – 16 mph winds and heavy rain made for a soaking wet pitch and a need for both teams to adapt to the surface. We didn’t see the goal-scoring floodgates open like we were used to in Reign-Sky Blue match ups of last year, but what can we take away from both team’s second game of the season?

Sky Blue FC needs to be more dangerous offensively, but it should start coming

The first and second halves of the match for Sky Blue were definitely different. During the first half, Sky Blue had a slight edge in possession but nothing to show for it, not even dangerous shots or any significant chances. Their possession throughout the midfield was good, though it seemed to move side to side and not necessarily towards any attacking shape. We saw Savannah McCaskill with ideas; she was looking for quick one-two combinations, but they were largely missed from an execution standpoint. That might very well be chalked up to the poor conditions or the fact that it’s the second game of the season, but those connections that were missed today caused NJ’s lackluster offense through the first 45. The second half proved a different story, not because Sky Blue got on the board, but because some of those connections did start to take form. McCaskill is only in her second-ever professional NWSL game and we can already see the ideas taking place. That’s a great sign for a rookie. Once she’s able to successfully connect with the rest of the players around her like Carli Lloyd, Shea Groom, or Raquel Rodriguez, I think this attacking line will start to be dangerous. The 72nd minute chance that Sky Blue had was a great example of this. McCaskill played Groom in, and Groom was able to get a great look on goal that Michelle Betos was forced to knock away for a corner. So, was NJ the most dangerous we’ve ever seen them tonight? Absolutely not. But, do they have the right pieces to get there with time? I think so.

After the first half, I think anyone watching that game thought that it was just a matter of time before Rapinoe put another one away. She was the best attacking player on the pitch throughout her 53 minutes of play. Of course she’s going to bury a PK given the opportunity, but it was the rest of her play that stood out to me most. We saw Seattle at its most dangerous with either the ball at Rapinoe’s feet, or due to a Rapinoe ball played in. It was made most obvious when Rapinoe came out of the game due to what looked like a left hamstring injury and Seattle’s offense went almost nonexistent. Even with attacking players like Jodie Taylor on the pitch, Seattle struggled to get many offensive chances without Rapinoe. It’s great for Seattle that Rapinoe can dictate a game the way she can with her play, but it’s cause for worry if this injury is serious.

Seattle was organized despite weather conditions

Seattle dominated play in an organized fashion through 90 minutes on Saturday afternoon despite the fact that they hadn’t played a game in 20 days. Slippery conditions could have led to a very sloppy match, but the Reign were organized and it showed. They kept possession where they could through with short, quick balls played on the ground through the middle of the field. Their offensive chances came like clockwork as they seemed to be worked through the middle and then used through balls, typically to find Rapinoe out left, to give them a spring forward. Using Rapinoe to get inside led to the majority of Seattle’s attacking options. Not only were they organized on the attack, but behind the ball as well. Sky Blue had very limited dangerous chances as there were almost always upwards of five Seattle players behind the ball. In the 69th minute, Lloyd had the ball at the top of the box looking for options to get inside and Seattle had seven players behind the ball that had tracked back to put in the work defensively. Lloyd had nowhere to go and the ball was turned over. Despite sloppy conditions, I was impressed with Seattle’s organization. Even though their attack dwindled through the last 35 minutes, they rarely gave NJ good looks on goal and kept it clean in the back and through the midfield throughout 90 minutes.