Theivam: Utah impresses with home opener, but lots of work left for Royals 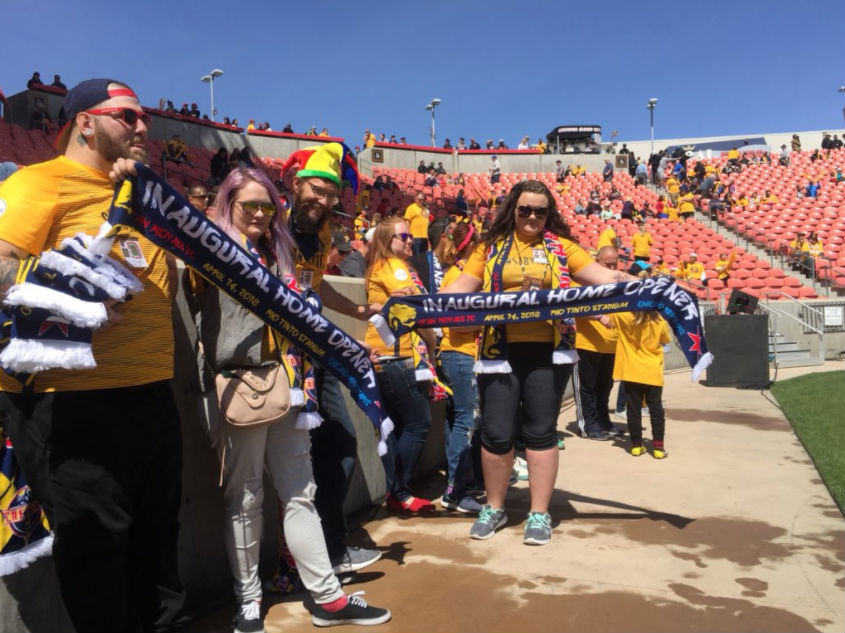 The Chicago Red Stars rocked up to the party in Utah and instead of bringing a gift for the NWSL’s newest club to help celebrate their first home game, they essentially went away with all the presents and left the wrapping paper to be cleared up.

It was supposed to be a joyous occasion for the West Coast franchise and their supporters, and while over 19,000 of them packed into Rio Tinto Stadium (the 8th highest attendance in NWSL history), they will have gone away feeling slightly deflated after their team suffered defeat against a stubborn Chicago Red Stars side.

But what were the key takeaways from the match in Salt Lake City?

Too early to panic, but Utah needs goals

The Royals are three games into their season, and there is still a lot of soccer to play. However, one goal in three games will give Laura Harvey food for thought, especially coming from a side in Seattle that scored for fun.

Gunnhildur ‘Gunny’ Jónsdóttir is the only player to find the back of the net so far this season, and she again looked the most likely to score for the Utah club. But Red Stars keeper Alyssa Naeher was never really tested, and despite some close offside calls that would have seen Norwegian Elise Thorsnes through on goal, the Royals didn’t create a huge amount. In fact, they registered just one shot on target, which adds to six in Houston, and just two in Orlando.

The return of Amy Rodriguez is a welcome boost and she will add energy, experience and a predatory instinct to the forward line. But she is coming off of an ACL injury and having her second child–she needs time. As do players like Thorsnes, who are playing in a league a step up to what they are used to.

The Red Stars are missing some key pieces with the likes of Julie Ertz and Casey Short injured and Sam Kerr away with Australia at the Asia Cup. But one player who is a constant performer in the middle of the park is Danielle Colaprico.

I’ve never hidden my admiration for the former Virginia midfielder, and she showed once again, in front of a partisan crowd that was cheering against her side, that she is up to the big occasion with a calm and composed display.

She’s not the sort of player that will charge around at blistering pace all over the field, but she has a smart football brain. As coaches often say, the ball travels faster than the player, and Colaprico’s range of passing makes her a huge asset.

We cannot forget that she also scored an absolute beauty of a goal in the 27th minute from the edge of the box, which ultimately ended up being the winner. She was class–when will that U.S. cap come her way?

From the moment the players entered the field, you knew that this was a special occasion for the people of Salt Lake City. Owner Dell Hoy Hansen stated during the half-time interval that the area has a big number of girls and young women playing soccer, so it made sense for the Real Salt Lake boss to bring a team to the city.

It remains to be seen if the franchise can entice the numbers we saw in attendance at Rio Tinto Stadium on Saturday, but they created an electric atmosphere, which was even commented on by Danielle Colaprico at full-time, and it certainly felt like women’s soccer is here for the long term.

But as we have seen in Orlando, generating a big crowd in your inaugural home match is one thing while maintaining those numbers is another. Portland continue to set the standards for the league, and Utah will now have to figure out after a lackluster opening home performance how to entice those people to come back.

Those who took their seat for the match though should be given huge credit for the noise they generated. As should owner Hansen, who flew in the families of all of his players to be present for the first NWSL match in Salt Lake City. The challenge now is to retain that support….and obtain an autocue for the next person singing the national anthem after Rachel Platten forgot her lines.