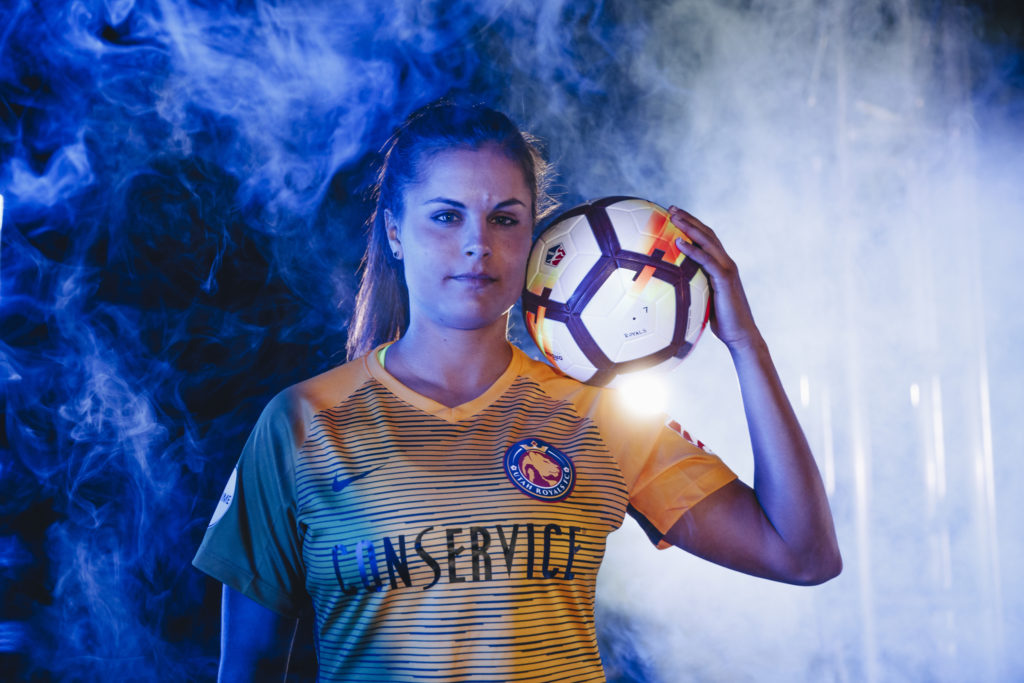 We’re back from our first international break, in which Carli Lloyd made history, Megan Rapinoe lit up Houston, Katie Johnson embarrassed Alyssa Naeher, and Rachel Daly and Denise O’Sullivan moved one step closer to the World Cup. Houston has a bye week while Sky Blue and Portland finally have their home openers, but all eyes are on Rio Tinto, where the Royals faithful are looking forward to getting their first in-person glimpse of their new team. Here’s what to keep an eye on in NWSL Week 3.

Will Utah deliver for home fans?

The good news for Utah fans is that the Royals haven’t lost a game yet. The bad news is they haven’t won yet either. In two games Utah has scored one goal, allowed one goal, and come away with two draws. With over 5000 season tickets reportedly sold and their home opener sold out, Utah already has a dedicated fanbase that is rapidly outpacing many other clubs. Not to put any pressure on the newest expansion club, but the fact is that every fan wants a win sooner rather than later. Their home opener would be the perfect time to start (especially if it coincides the return of Amy Rodriguez). Defensively they’ve been solid, led by a rested Becky Sauerbrunn, although she is coming off her first full 90 for the USWNT since last year. It’s the midfield who need to find better cohesion and dominate the center of the park in order for the Royals to take control of a game and find their first three points.

However, the last time we saw Chicago, they put up more of a fight than anyone expected, led by the best edition of the mercurial Alyssa Mautz and the underrated Katie Naughton, who has emerged as the leader of the makeshift back line and had, with one notable exception, a very good game. Much also rides on what sort of form Alyssa Naeher arrives with. Portland’s offense proved to be too much for them, but the Royals have yet to prove they can do the same. 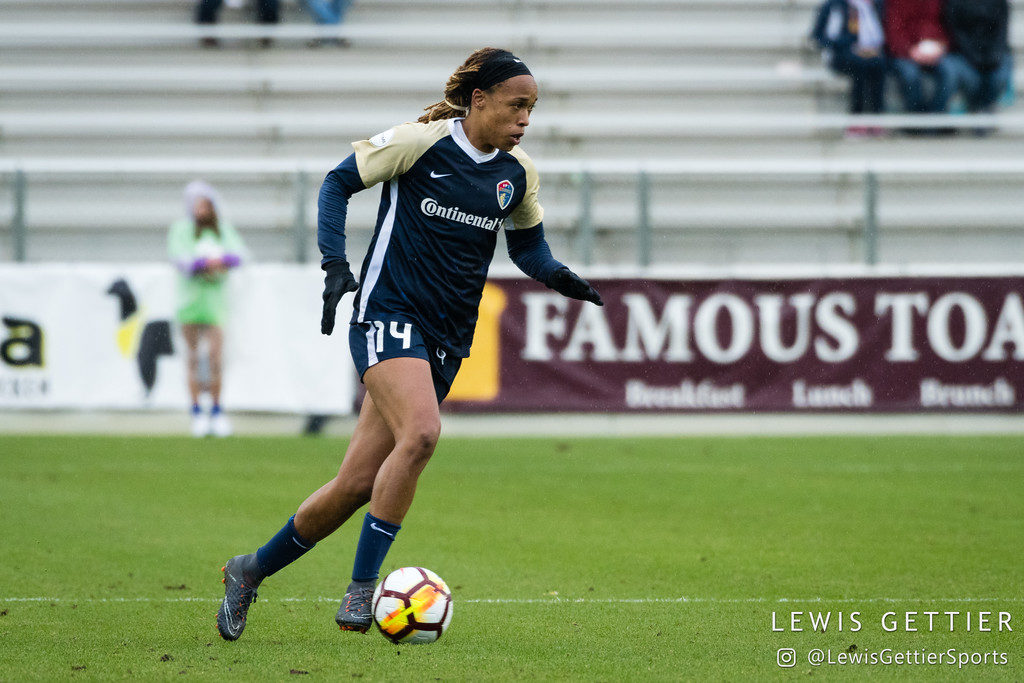 Jessica McDonald scored in the 92nd minute to keep the North Carolina Courage off to a perfect start in 2018. (photo copyright Lewis Gettier)

North Carolina is at the top of the table once again, where they occupied so much of last season, and they’re the only team with six points. Sabrina D’Angelo is the only keeper who hasn’t been scored on – and she’s only made one save, which is a testament to her defense. And that’s good, because they’ve only scored once in each game, one in the 70th minute and one in second half stoppage time. A team with as much firepower up top as the Courage, including two USWNT forwards and two international midfielders, not to mention Jess McDonald, is due for an offensive explosion.

To do so, they’ll have to get past Aubrey Bledsoe, who is leading the league in saves. However, that’s not as flattering a stat as it first looks, for it means that her defenders are allowing too many shots. North Carolina has a well-deserved reputation for peppering a goal with shots until the law of averages kicks in and one finds the back of the net. This is exactly the type of method that will probably work well against the Spirit, but if the trend continues, the Courage will run out of time for late game winners. 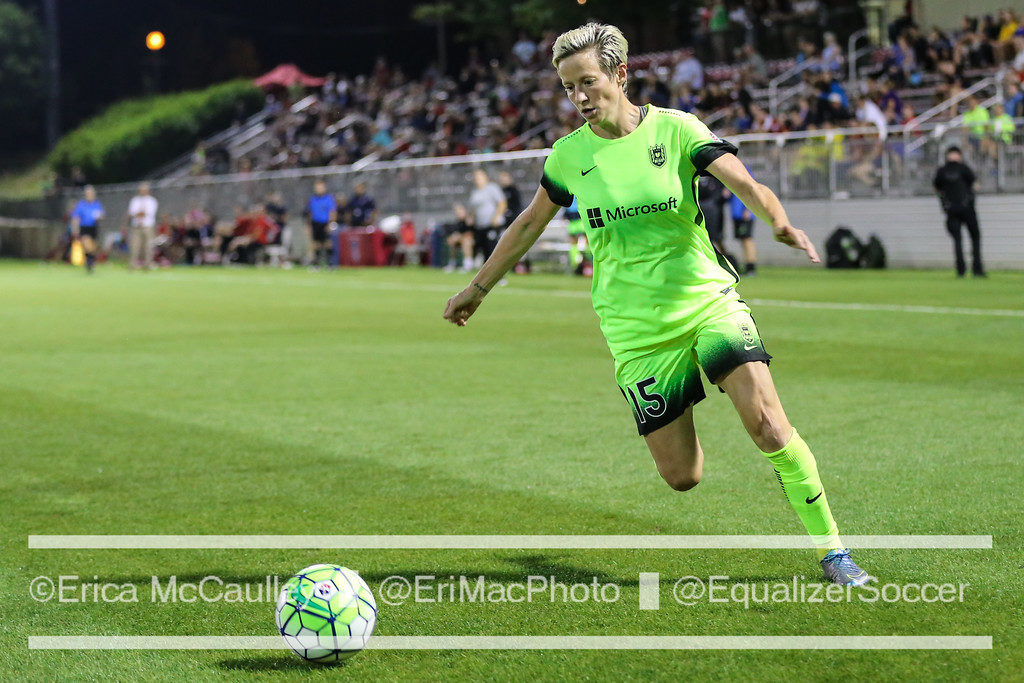 How will Seattle handle the long break?

Due to the combination of a bye week and an international break, Seattle has 22 days between their first and second games. In some ways it’s like a second preseason, giving the players who remained in Seattle extra time to strengthen their chemistry and grow into new coach Vlatko Andonovski’s system. However, it wasn’t a break for everyone. Multiple players saw time with their respective national teams, and while some, like Megan Rapinoe and Theresa Nielsen, made excellent use of that time, it also meant extra games and travel time.

The Reign also have to fly across the country for this game, facing Sky Blue in their home opener. These matchups are historically entertaining, none more so than those featuring last year’s heroics from Sam Kerr, but she’s gone now, and in her absence, Sky Blue didn’t put a shot on goal in their first match. Will Seattle pick up where they left off in their first game and disrupt Sky Blue’s passing with a hard press and quick counter, or will the long break leave them disjointed and chasing the ball? 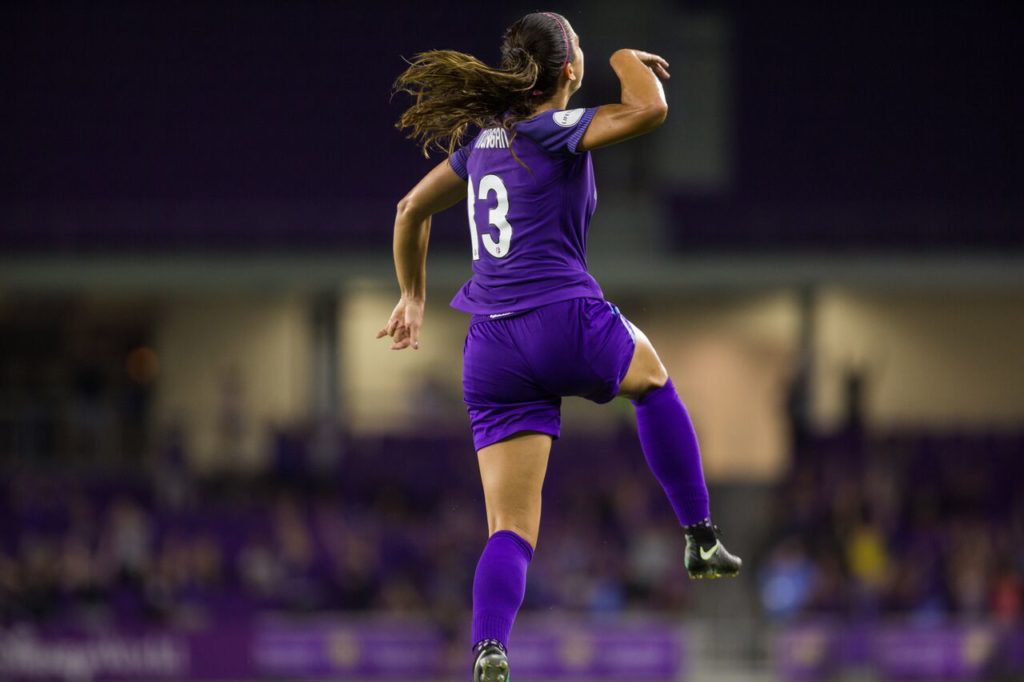 The Pride still have not scored without Marta on the field, and this week they’ll be trying to do it against a team they’ve never beaten. Alex Morgan brings to this game what is her best form since 2012, if not ever, but if the other 10 players in purple jerseys on the pitch don’t show up, it’s likely all for naught. With the exception of Dani Weatherholt, they looked sluggish and lackadaisical against Washington (a game in which Morgan did not play).

The boulder on top of the mountain they have to climb to get their first win of the season? They have to do so in Portland, where they’ve played at (and lost) every one of the Thorns’ home openers since the Pride’s inception. Here’s where I give the cursory mention that the Thorns are still without Tobin Heath, but she hasn’t played a significant role for them since 2016, and that didn’t stop them last season or last game. More notable is the continuing absence of Emily Menges and the probable absence of Lindsey Horan, who will be a game day decision but is likely to be rested as a precaution. Horan is the engine in that midfield, and without her, they’ll be asking Christine Sinclair to do much more.

NWSL Jane Campbell: Her excellent, five-save performance against Utah earned her team of the month honors.
Mallory Pugh: She played a pivotal role in Washington’s win over Orlando and earned Player of the Week nods, and then went on to terrorize Mexico.
Christine Sinclair: She made Alyssa Naeher pay for a complete whiff in true Sinclair form.

USWNT Jane Campbell: Campbell had the second disappointing first start of her career when she erred on two corner kicks (and subsequent goals) against Mexico last Sunday.
Sky Blue’s front line: It’s full of talent but let most attacks against North Carolina fizzle before becoming dangerous.
Orlando’s defense: They apparently stayed behind in Florida when the team traveled to Maryland.

Thursday Roundup: Thailand punches ticket to France 2019
Brianna Scurry on her return to soccer and why NWSL is different