The Lowdown: As NWSL season rolls on, Breakers fans just want their money back 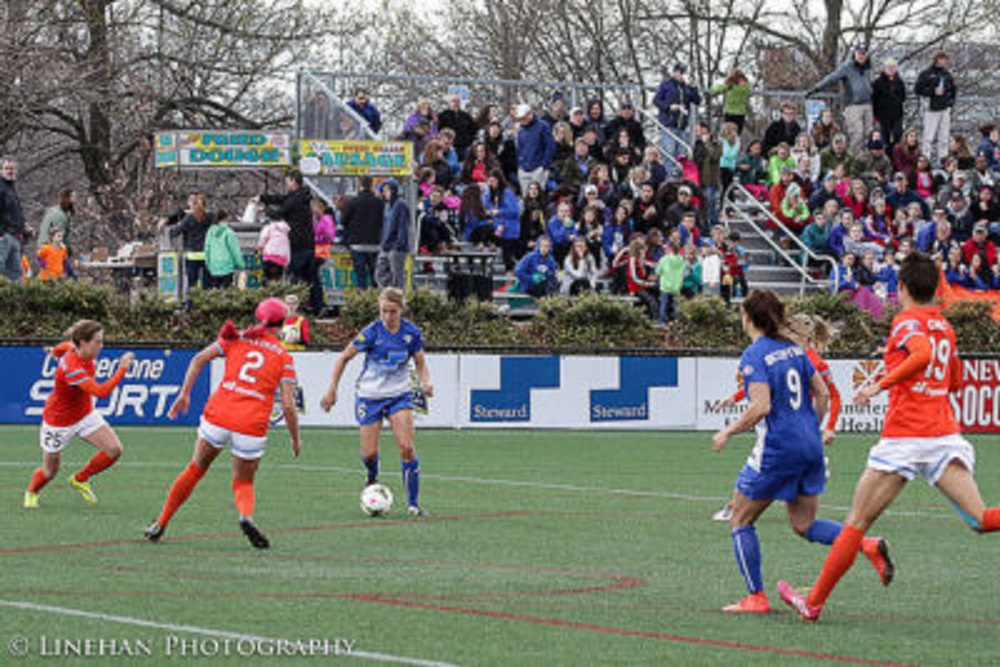 The NWSL season is about to hit Week 3, and with it will come the first home game for the shiny new Utah Royals FC. A day later the Thorns and Sky Blue will become the final teams to play their 2018 home openers. But 2,300 miles from where the Royals will celebrate their inaugural match at Rio Tinto Stadium, one group of fans sit agitated, waiting for their former team to make good on their season ticket deposits.

Tuesday will mark 72 days since the official announcement that the Boston Breakers were folding and still those who laid out money for 2018 season tickets have yet to see any refund. The Equalizer contacted several people who are waiting for refunds from the Breakers. At press time none of those had received any communication indicating when they will have their money back. Some have indicated a willingness to reinvest that money back into NWSL. Patience is wearing thin.

Longtime season ticketholder Matt Cote says he is at his breaking point with the situation. Another season ticket holder who did not give permission to release their name shared an email from former Breakers general manager Lee Billiard saying that refunds were expected to be released in “the next 10 to 14 days.” That email was dated February 20.

Reached by The Equalizer, Billiard said he no longer has anything to do with the process and referred to Breakers ownership and NWSL. A league source said early Tuesday that season ticket holders would be contacted in the next seven to 10 days regarding their refunds. Breakers ownership has not commented.

The Breakers were not the only NWSL club to close shop since the conclusion of last season. FC Kansas City shut down on November 20. Two people told The Equalizer they were contacted and received full refunds for their deposits before the end of November. The time between the folding of the club and those refunds being distributed included Thanksgiving weekend.

The FC Kansas City refunds were for season ticket deposits while many of the Breakers’ refunds are for full season ticket plans. Ticket sales are a direct contract between the clubs and their customers and it appears that FC Kansas City quickly and seamlessly handled their own refund process.

Last week the Breakers sent emails to some of those waiting for refunds asking them to clarify their home addresses where checks can be sent. That email came with no further information and served to ruffle feathers among the greater group because it was viewed as a communication to some but not all of those anxiously waiting for money.

“Didn’t bother sending to everyone,” one person said. “Didn’t at least send something generic. It’s incredible.”

-NWSL rescinded Mark Parsons’s suspension meaning the Thorns coach will be on the sideline for Sunday’s home opener against the Orlando Pride. Parsons served a suspension for the team’s win in Chicago after being dismissed after the whistle Week 1in North Carolina. He was originally given an extra game, but that extra game was rescinded on appeal. The Thorns are 18-2-2 in regular season games at Providence Park under Parsons.

-Speaking of Providence Park, the first time the Red Stars went there was June 1, 2013. They were 0-4-2 at the time and were preparing to unveil the German duo of Sonja Fuss and Inka Grings. When the team arrived at the stadium, Fuss told Rory Dames that she liked it there because she had always won there. Ten years earlier Fuss was an unused sub at what was then PGE Park when Germany toppled the United States in the World Cup semifinal on the way to their first World Cup triumph (Grings missed that tournament due to injury.)

-Lindsay Horan is the latest NWSL player to pick up an injury while playing for the United States. This one did not come without a touch of controversy. Horan first came off the field in the opening 10 minutes with what looked ike either a calf strain or calf bruise. She returned and scored, but near the end of the first half pulled up on a run, sat down and took her shin guards out. In a since deleted tweet, Thorns owner Merritt Paulson said it was a disgrace that Horan continued on after the first sign of a physical issue especially considering it was a friendly.

-Horan has been the best Thorns attacker during their two games, and is there any NWSL player better than she is in the air right now?

-Morgan Brian also left early with an injury. She is currently play at Lyon who are cruising to their 12th consecutive league title in France. Their next match of major consequence is April 22 in England when Lyon are away to Manchester City in the first leg of the Champions’ League semifinals.

-The Pride must be pleased with Alex Morgan’s performance for the United States during the break after concussion protocol forced her to miss the Pride’s Week 2 loss in Washington.

Watkins: Rotation, Rapinoe, and set-piece defending key in second Mexico friendly
The 3-4-3 is reemerging for the USWNT (out of its 4-3-3’s shell)