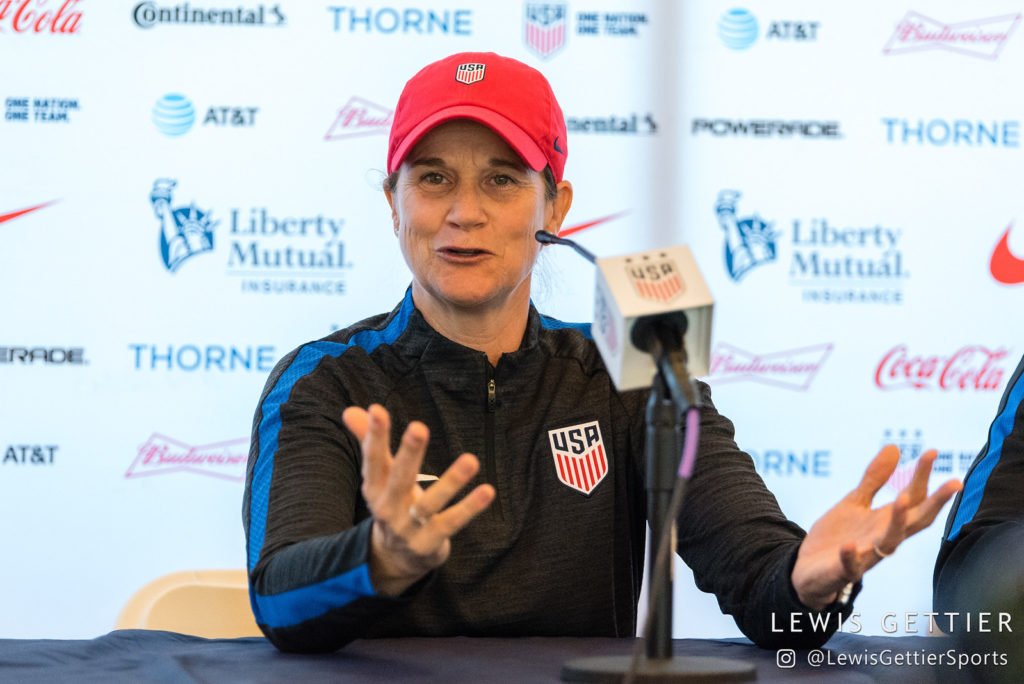 It was during last summer’s Tournament of Nations that U.S. women’s national team head coach Jill Ellis finally opened the curtain and started regularly confessing what we should have already known. The year the team endured after the 2016 Olympics in Rio, one that was perhaps highlighted by Ellis’ dalliance with a 3-4-3 formation, was an experimental period, in her eyes. In response to questions about Kelley O’Hara and Morgan Brian not seeing more playing time, Ellis said she already knew what those players can do. That post-Rio period was about expanding her player pool.

Outside of the program, that period was also about doubts. After failing to medal in Brazil, Ellis’ performance was the subject of escalating criticism, and although her experimental period had brought players like Abby Dahlkemper, Sam Mewis, Casey Short and Lynn Williams into the player pool, it also brought disappointing results. The U.S. won neither of the tournaments it had hosted, stumbling at but the Tournament of Nations and SheBelieves Cup.

After that Tournament of Nations, though, Ellis declared the experimental period was over. It was time to shift gears, start cultivating relationships between players on the field, and begin the ascent to France 2019. By then, she said, she’d already seen the players who’d likely make up the World Cup team’s core, and while the last years of the cycle could always see the next Mallory Pughs emerge, there were 15 or 16 players who had established themselves at the top of the pool.

Eight months and 11 friendlies later, it’s worth asking: What have we learned about that core? Or, more plaining, in the wake of the experiments that came out of Rio, has Ellis started to reveal her cards?

Formationally, it seems so, with the U.S. being very much a 4-3-3- team since last summer. In that time, we’ve seen a new midfield emerge, a new attack form, and questions surface along the back line. Not all problems have been addressed, but as Ellis has solidified her first-choice options, we see which issues linger.

In terms of the squad, we’re also getting answers, if Ellis’ choices are any indication. Ahead of a World Cup where 23 women will be selected to defend the U.S.’ title, Ellis has started 24 different players in the last eight months, and to the extent some of those players have established themselves as regulars, we’re starting to see that 15- or 16-player core.

How much that core deviates from those numbers speaks to how many places can still be won. Over a year out from France, the picture can always change, too, but if Ellis’ decisions since August are any indication, this is how see sees her core.

Access the best women’s soccer coverage all year long
Start your FREE, 7-day trial of The Equalizer Extra for industry-leading reporting and insight on the USWNT, NWSL and beyond.
Subscribe
Existing Users Sign In Here
Related TopicsExtraFeaturedJill EllisUSWNT