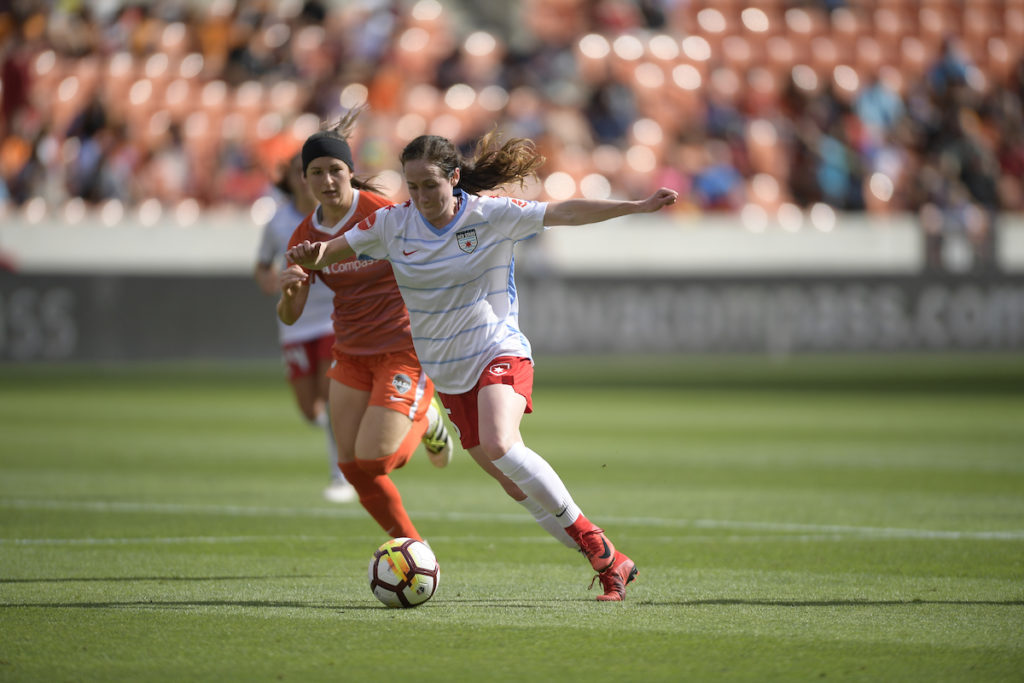 Following her senior season at Brigham Young University—where she finished her career as the WCC Player of the Year, a four-time All-WCC selection and with 32 career goals and 30 career assists—the Chicago Red Stars traded up in the draft to select Vasconcelos with the 11th pick of the 2017 NWSL Draft.

On draft day, head coach Rory Dames lavished praise on the attacker, calling Vasconcelos a “first-round talent…the best [winger] in the draft,” and saying she could win Rookie of the Year honors in the upcoming season.

Vasconcelos, who had been in Brazil on draft day with her husband Pedro—a fellow BYU soccer player—didn’t feel quite like herself on the trip. She suspected it might have been the food, or just being in a foreign country, but then she got home and found out why. She was pregnant.

Access the best women’s soccer coverage all year long
Start your FREE, 7-day trial of The Equalizer Extra for industry-leading reporting and insight on the USWNT, NWSL and beyond.
Subscribe
Existing Users Sign In Here
Related TopicsExtraFeaturedMichele Vasconcelos