Lauletta: USWNT front line is clicking, back line is slipping 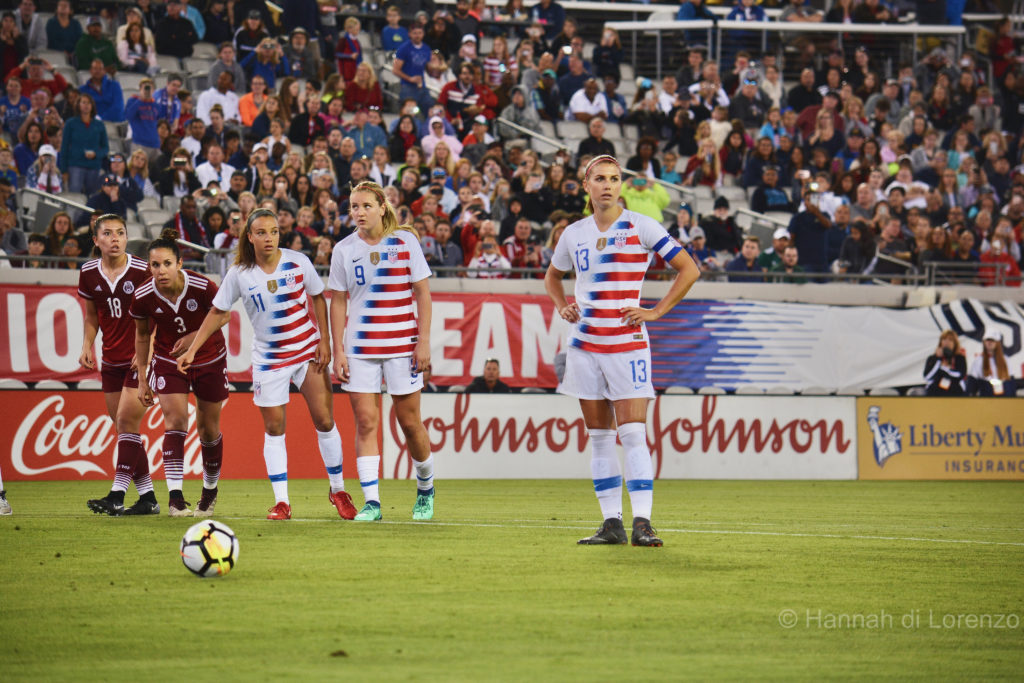 The United States women are now six months away from one of their two most paradoxical tournaments of their cycle. They are clearly the best team in Concacaf, but the condensed qualifying tournament in October more or less boils down their chances to a single match. Four years ago that match was against Mexico, and it very well could be again this October. If Thursday was any indication, there should be little to worry about on the road to France. Generally considered the third or fourth best team in the region with Costa Rica, Mexico offered precious little resistance in a 4-1 USWNT win in Jacksonville. The teams will meet again Sunday in Houston.

Here are three thoughts from the match.

It did not take long for the U.S. front line to put its mark on the match. In the sixth minute a lightning quick counterattack saw them take the lead against a Mexican side that started like it was still in the locker room. After Mexico turned the ball over in midfield, Tierna Davidson found Alex Morgan who threaded a ball between defenders to Megan Rapinoe who then found Mallory Pugh between central defenders for an easy finish at close range.