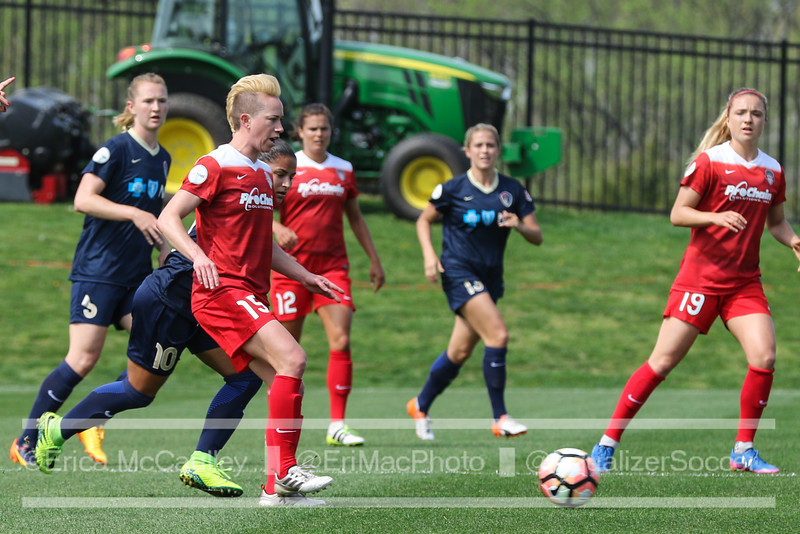 Joanna Lohman moments before her injury on opening day 2017. A year later, and she's back (photo copyright EriMac Photo for The Equalizer)

Three consecutive opening days. Three games showcasing the highest of highs and the lowest of lows. While these three games couldn’t possibly tell the full story of Joanna Lohman’s career, in many ways they do encapsulate the essence of it.

Rewind to April 2016. Just three minutes into the Washington Spirit’s home opener, the midfielder scored the eventual game-winner in style. The world-class bicycle kick was a fantastic moment in an otherwise drab affair.

“It was honestly a dream come true when it happened,” Lohman said about the strike.  At the time, she asserted without hesitation that it was the best she’d ever scored.

That goal would be the prelude to the career year for one of the league’s older players. A ball of energy in the center of the park, Lohman was a key cog in the Spirit’s run to the championship game. She would earn 17 starts with the Spirit that season, notching four goals and one assist.

Fast forward to April 2017, and Lohman would drop to the ground just 22 minutes in the first game against North Carolina, six minutes after suffering the blow that would ultimately be the death knell of her season. Just like that, it was over. …