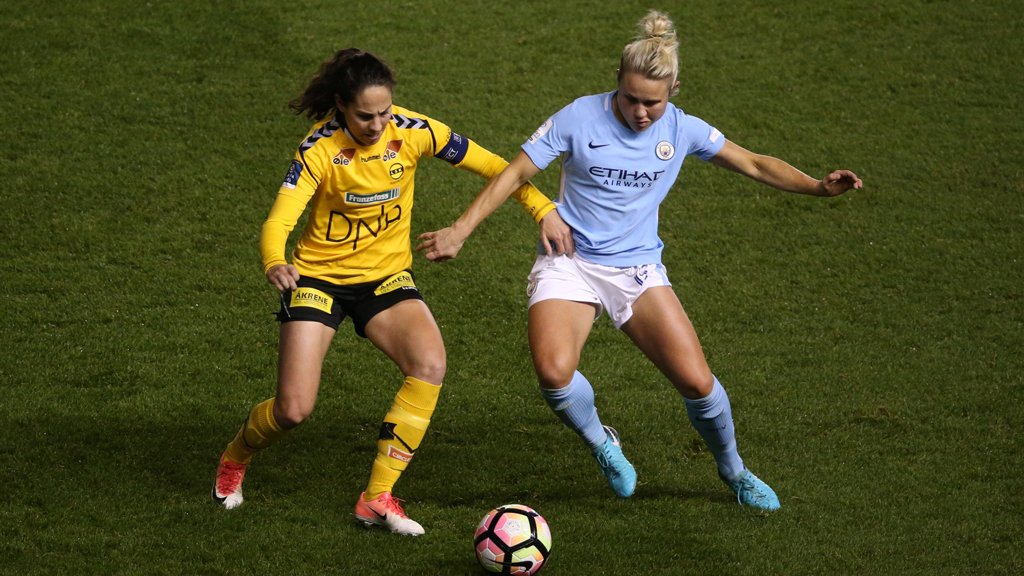 Earlier today, the Mexican Federation announced the roster for the Mexico Women’s National Team friendlies against the USWNT in early April. The featured NWSL faces on the roster include Bianca Henninger of the Houston Dash, Katie Johnson of Sky Blue FC, and Christina Murillo who is currently with the Chicago Red Stars Reserves. The league will be taking a week off for the international break. The USA plays Mexico first on April 3rd in Jacksonville, Florida and April 8th in Houston, Texas.

#UWCL semi-final ties confirmed – who will make it to Kyiv? pic.twitter.com/ZHBsea8Ogi

After the second leg of their quarterfinal draws, English sides Chelsea and Manchester City Women qualified for the semifinals of the UEFA Women’s Champions League this afternoon.

Manchester City advanced first, defeating Swedish side Linkoping 5-3 on the night, and 7-3 on aggregate. Manchester City came out blazing in the first half, building a 4-0 lead courtesy of goals from Jane Ross, Georgia Stanway (2), and Jen Beattie, before taking their foot off the pedal in the second half. Marija Banusic scored a second half brace to get Linkoping on the board, and Tove Almqvist added another, but sub Izzy Christiansen added to Manchester City’s final tally to comfortably send the squad into the semis. They will face Olympique Lyon at home on either the 21st or 22nd of April, as UWCL action continues.

Later on, Chelsea followed suit, defeating Montpellier 3-1 on the evening and advancing on a 5-1 aggregate advantage. After coming in with a Chelsea 2-0 advantage from the first match, the first half of the second leg started relatively evenly, with a strike from Fran Kirby putting the English side up before being matched by Montpellier’s Sofia Jakobsson before the halftime whistle. Chelsea however pulled away in the second half, going ahead courtesy of a Ramona Bachmann goal and a well-placed penalty by Ji So-Yun. The Chelsea ladies will continue their Champions League campaign against Wolfsburg, a squad that has knocked Chelsea out of the competition in the past two seasons.

The Dash announced today that their upcoming match against the North Carolina Courage, that was originally going to be played on the 2nd of June, has been moved to the 3rd due to a booking conflict at BBVA Compass Stadium on that same day. The rescheduled match has been set for 5:30 CDT on that Sunday.

The match that conflicted with NWSL play is most likely the upcoming friendly between CONCACAF men’s teams El Salvador and Honduras.