2018 NWSL Team Preview: Pride are all in 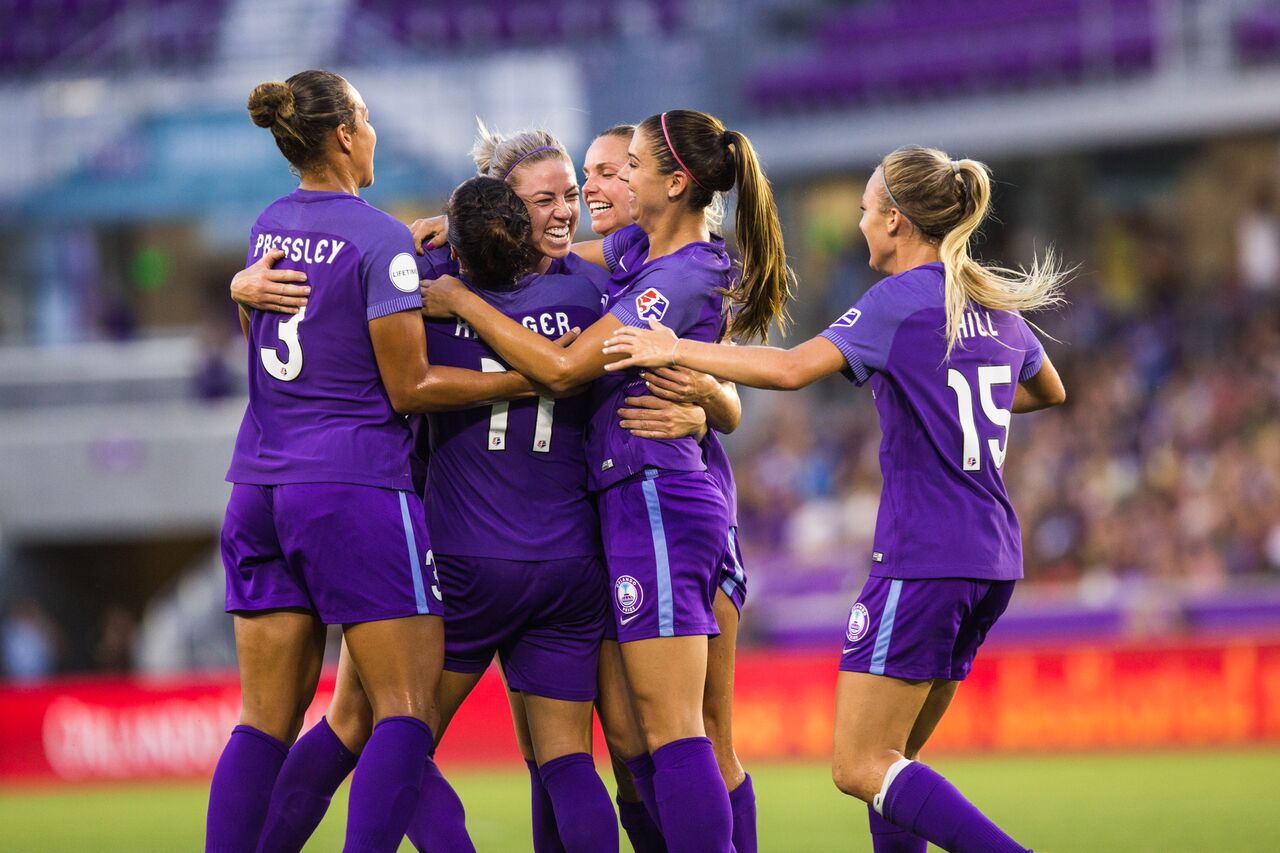 ‘17 in Review: The Pride’s 2017 season started off slow, something with which both coach Tom Sermanni and defender Ali Krieger agree, and at first it appeared they were headed for a repeat of their near-bottom finish in 2016. However, lineup changes by Sermanni, the arrival of Marta, and the return of an in-form Alex Morgan from France helped the Pride turn things around, ending the season in third place with the league’s most potent offense. While losing the semifinal at Portland 4-1 (a result that Sermanni thinks doesn’t reflect the team’s performance) was disappointing, the team exceeded everyone’s expectations but their own in simply making the playoffs in their second year of existence, particularly after ending their inaugural season on a brutal losing streak.

{MORE:  See all of our NWSL team previews so far}

“It took us a little bit to really get into our stride. although early on I thought we were playing quite well but just not turning the performances into the goals, and obviously in that last third of the season we got on a roll and we got consistent lineups and we had a great finish to the season,” said Sermanni.

“We’ve actually made more signings than I had anticipated,” said Sermanni. “Opportunities fell into our lap, and we couldn’t turn them down.”

The new faces bring a physicality that the team lacked previously, according to Krieger, who added that the standard of play and competitiveness in practice has been raised as players vie for spots on game day squads and the starting XI.

“There are gonna be people who could be starting on other teams that are going to have to be sitting on the bench.”

If things click: The Pride scored 45 goals last season, with two players in the top 10 for both most goals and most assists in the regular season. With the addition of players like Leroux and Van Egmond, the attacking half of the pitch looks to be even more powerful this year.

Krieger agreed. “Just seeing these players in our attack is going to be unbelievable.”

On the opposite end of the pitch, the Pride also gave up 31 goals, the most out of any playoff team. They could score but struggled to close out games, leading them to drop crucial points. For the team to not only repeat but build on their 2017 success, defensive organization will be key.

“I think what’s going to lead us to success is just having a really good team defensive attitude,” explained Krieger. “I know we are going to have an excellent attack, and then I think that second part of that is just making sure that defensively we’re going to be connected and really organized. I think that that is something that maybe last year, we still had a really good attack, but then defensively we were broken down a little bit here and there in a couple of games. I think now this year is just finalizing those little details defensively.”

Possibly as important as improved defense? Depth. The Australian players are not likely to join the squad until late April because of national team duty, while the Brazilians will also miss several weeks for the same reason. Other Pride players could be called up by the USWNT. Camila, who tore her ACL at the end of last season, isn’t expected back until the end of June. So Sermanni set a goal of building a “core of quality domestic players” on the team who are not involved in international play in order for the Pride to better handle these absences.

“That’s where the signings of Christine Nairn and Carson Pickett in particular could be very critical,” he noted.

“It is going to be tough because you want to have your full team at every single game,” said Krieger, mentioning that Sermanni and the rest of the coaching staff made a point of finding quality players who could fill the potential gaps, a luxury the international-heavy Pride haven’t had in previous years. “I think that it’s really great that we’ve added that depth so that you honestly look down the bench now and you see, wow, we have her and her and her to fill in these holes.”

With depth comes challenges in choosing a lineup, but they are challenges Sermanni is glad to have. “When we’ve got a fully fit and healthy squad, when you look at the 20 players we’ve got, it’s going to be very difficult to pick the team especially with depth at every position.”

With new talent in the mix, defense on the mend, and an attacking line any team would take without question, the Pride are fired up and ready to go for it in their third season. According to Krieger, the Pride have a very positive attitude both on the pitch and in the locker room, and she praised the coaching staff for making sure all players know their role and equal importance as a piece of the puzzle.

“Something that we try to keep in this atmosphere is a positive attitude, whether it’s just in the locker room or at training, and make sure that everyone is on the same page and bought in.”

As for the Pride’s expectations for themselves? She summed it up pretty succinctly.

“Dang, this is gonna be really good.”

“I think they’re one of the most dangerous teams. Their attacking power, you always have to be on alert. You can’t ever settle down. They can make something happen out of nothing with individual presence. Going into last year, I thought they were probably the best team all around.”