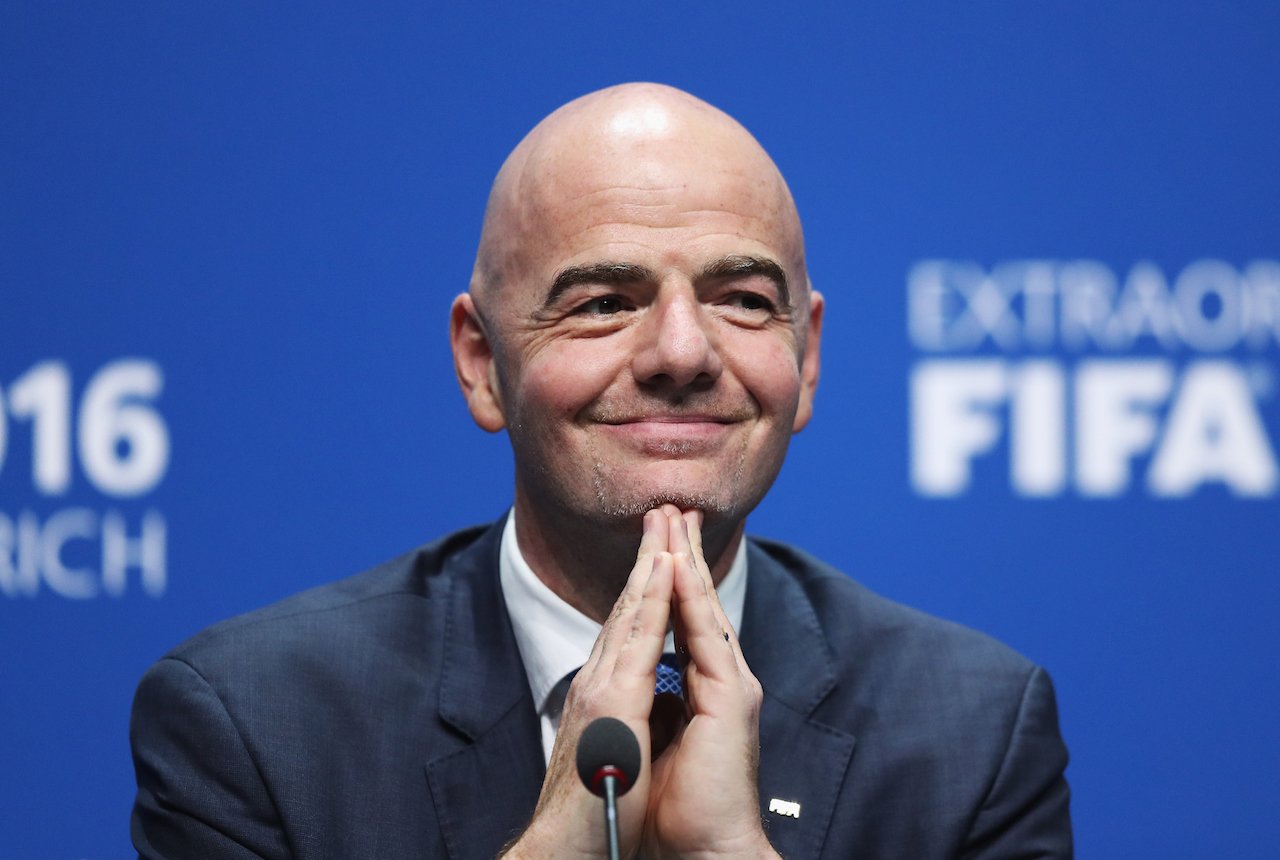 FIFA president Gianni Infantino is set to put forward a proposal for a global women’s league to start as early as November 2019.

On Thursday, the New York Times reported that FIFA President Gianni Infantino is set to ask members of his executive council to approve plans to launch a new global women’s league in the coming days. But pushback on Friday tabled any decision until at least the next council meeting in June.

The plan for the new league  would feature 16 of the top women’s national teams in the world and is set to begin in November 2019, following the FIFA Women’s World Cup that summer. FIFA also has plans to add four regional leagues, designed to encourage the development of women’s soccer across the globe. It would give the top teams in the regional leagues the opportunity to be promoted to the top division as in a system of promotion and relegation.

The plans for the new global women’s league can be directly tied to Infantino’s standing as president of FIFA — he is up for re-election next year and part of his campaign platform when he initially ran for the position was devoted to investing in the women’s game. He needs the support of a large majority of the 211 member nations of FIFA to be re-elected. The part of his campaign platform devoted to growing the investment in women’s soccer talked about the possibility of a new event to supplement the Women’s World Cup, as part of a greater focus that needed to be given to the women’s game.

The league, if approved, would be a strong investment in women’s soccer across the globe as it would be designed to promote awareness for the women’s game and ultimately grow interest. The 16 teams in the top division would play in mini-tournaments divided into groups with winners facing off in the semifinals and finals to determine a champion. In the regional leagues, smaller countries would get a chance to host FIFA-branded events, which would help grow interest in the area. In many countries, there are limited opportunities for women to play professionally which leads to an inability by many of those federations to put together women’s sides that can compete at the highest level.

“We are also thinking of creating a world women’s football league so that all federations can participate, because we should not lose sigh of the fact that 50 percent of the world’s population is female,” said Infantino at a meeting in Mauritania, according to news reports and the New York Times.

Despite Infantino’s plan and stated commitment towards women, it’s unclear whether his proposal will get pushed through as it currently sits. It also remains to be seen how fast that might actually happen and if it will align with the proposed launch of November 2019. 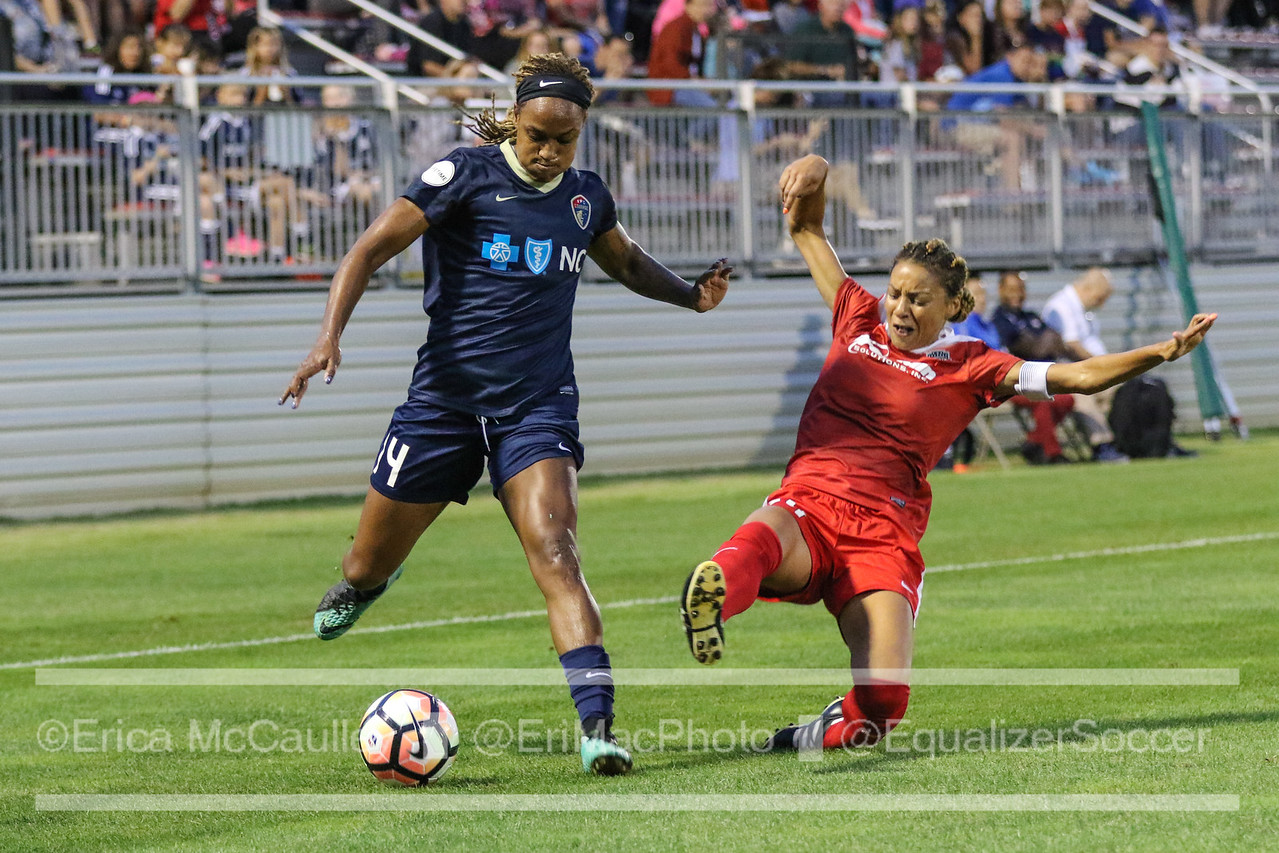 The Washing Spirit and North Carolina Courage are set to compete in a preseason match in Richmond, VA during the Jefferson Cup tomorrow. (photo copyright EriMacPhoto for The Equalizer)

As of two days ago, the Washington Spirit announced that there were nearly 4,000 tickets sold for the Spirit’s preseason match against the North Carolina Courage at City Stadium in Richmond, Virginia set to take place tomorrow with kick off slated for 7 p.m. ET.

The game will be the first-ever women’s professional soccer game played at the venue, home of the USL’s Richmond Kickers. The game also coincides with the Jefferson Cup Girls Weekend, a major youth tournament hosted by the Richmond Strikers set to bring over 5,000 players and 350 teams to Richmond to participate. Female youth players from around the country will have an opportunity to watch some of the best players in the game this weekend.

“We are grateful for the opportunity to bring the NWSL to Richmond’s historic City Stadium,” said Jim Gabarra, head coach of the Washington Spirit. “We look forward to hosting such a quality side in the Courage and are sure all that attend will be treated to an entertaining match.”

The upfront for the media company outlined the unique vision for each of it’s brands: Lifetime, A+E, Biography, HISTORY and VICELAND. Lifetime’s vision was positioned as “championing every female’s right to be whomever and whatever she wants to be.”

“Over the last three years, we have made a concerted effort to work with the best female storytellers across the industry on both sides of the camera,” said Peter Olsen, executive VP of ad sales for A+E Networks. “These women have had a clear impact on elevating the cultural conversation, and we are proud to showcase not only some of their incredible work, but also many inspirational stories. And what a better place to tell these important stories than at the historic New York Public Library.”

.@MalPugh is in NYC tonight to represent the #NWSL at the #aeupfront!

We’ve got some ? from behind the scenes at the New York Public Library, only on our Instagram Story https://t.co/YmScNzNBP6 pic.twitter.com/ICLU1OEqjs