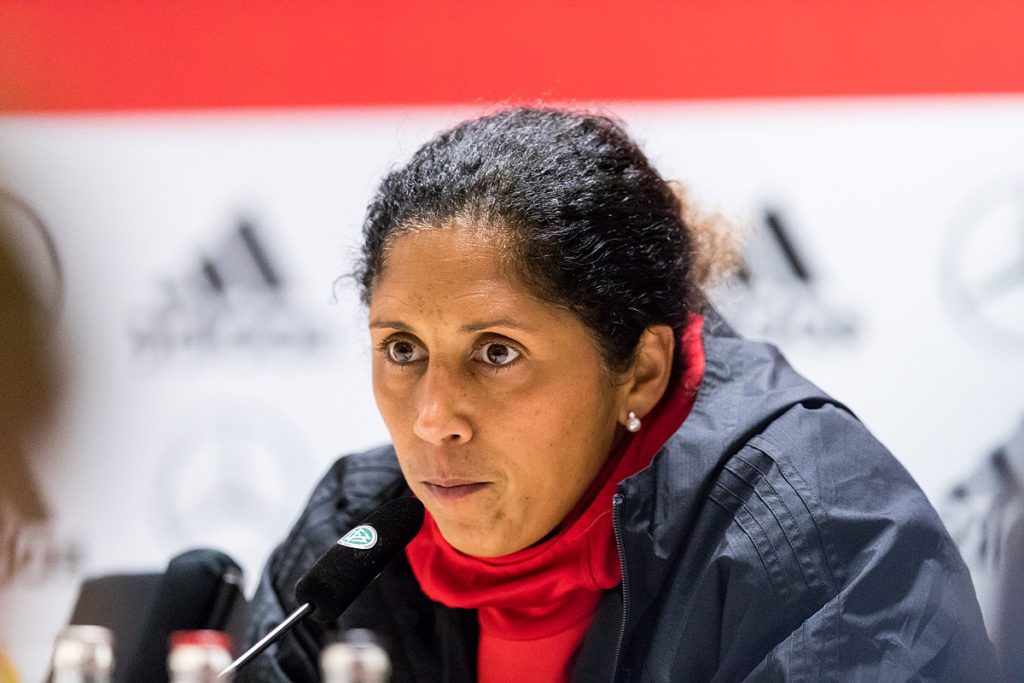 Germany has fired Steffi Jones after a last-place finish at the SheBelieves Cup. (Photo: WikiCommons)

The German Football Association (DFB) announced on Tuesday that Steffi Jones had been relieved of her head-coaching duties, effective immediately. DFB executive Horst Hrubesch will take over the team for upcoming World Cup qualifying matches against Czech Republic and Slovenia in April.

DFB director of national teams Oliver Bierhoff said that the decision comes from several months of analysis and takes into account results from the SheBelieves Cup, a shocking home loss to Iceland in World Cup qualifying in October and an unprecedented quarterfinal exit at the European Championship last summer.

“The team needs a new leadership to further professionalize the structures in women’s football, to strengthen the integration with the men’s area and to go new conceptual paths,” he said. 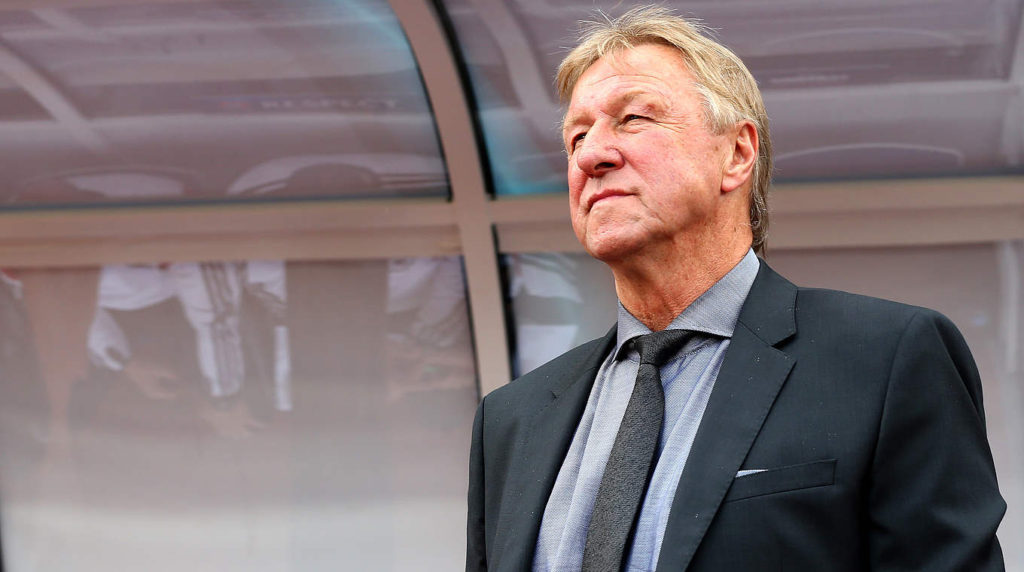 Horst Hrubesch will take over the German women’s national team on an interim basis. (Photo: DFB)

Jones’ dismissal comes one week after Germany’s last-place finish in the four-team SheBelieves Cup. Germany lost to the United States and France, taking only one point in a draw with England.

During the tournament, Jones lamented the lack of time she had to develop young players while also needing to win matches with the world’s No. 2-ranked team. She said that she hoped she would be given the time to do both.

“It’s tough when you have a federation that wants you to win every game,” she said following a 2-2 draw with England in the tournament’s second match. “It’s kind of hard making young players grow into it, and also knowing that they want to see wins. I think we are on track.”

Jones had been in charge of the team since late 2016, taking over for the retiring Silvia Neid, who led Germany to the gold medal at the Rio 2016 Olympics. Jones, who played for Germany from 1993-2007 and was part of the 2003 World Cup-winning team, was Neid’s assistant coach prior to taking over.

Germany’s quarterfinal exit at the European Championship was its worst since not qualifying for the first two editions, in 1984 and 1987. Germany entered the 2017 edition as six-time defending champions.

Now, Germany looks to get on track just over a year before the 2019 World Cup. The Germans are currently first in Group E of qualifying, two points clear of Iceland — which has a game in hand.

“I hope that the team gets a new impulse through a change and quickly back to old strength and former self-confidence,” said Hannelore Ratzeburg, DFB vice president of women’s football.

Hrubesch has since January 2017 been in charge of sports management, youth and talent promotion. He joined the women’s national team at the European Championship in 2017, and he was in charge of the 2016 Olympic team which won the silver medal.