Press willing to stay in NWSL — just not Houston 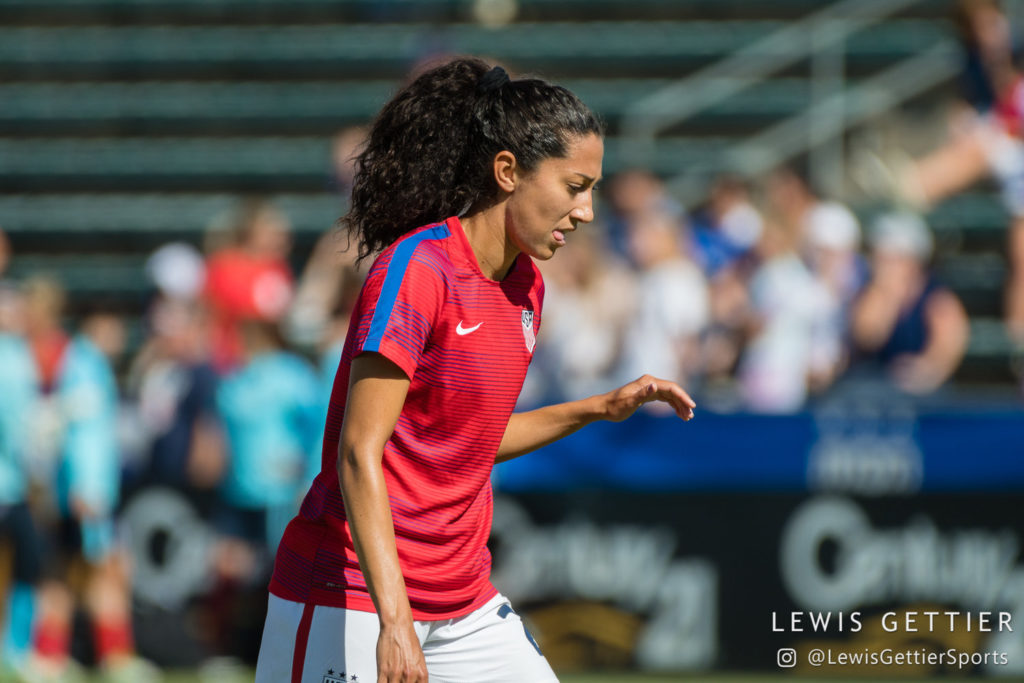 Late Friday night, Corey Roepken of the Houston Chronicle reported what many fans had long suspected—Christen Press will not be playing for the Houston Dash in 2018.

The report came after weeks of speculation following January’s draft day mega-trade which, among other things, sent Press to Houston, Sam Kerr to Chicago, and Carli Lloyd to Sky Blue.

From the beginning, Houston seemed an unlikely destination for Press, who had informed the Red Stars she wanted to move on after the 2017 NWSL season.

According to a USWNT Players Association spokesperson, Press had made it clear to U.S. Soccer—which pays her NWSL contract—that she was willing to stay in the league, but only play for certain teams. While Press did meet with Houston following the trade to try and see if she could make the situation work, she apparently concluded that the Dash did not provide the right fit.

Press played four seasons with the Chicago Red Stars after returning from Europe in 2014. Similar to the trade to Houston, Chicago was also not a top destination for Press upon returning to the NWSL, despite the fact that the original allocated players were given wide input on those decisions only a year earlier.

Still, Press thrived in Chicago, scoring 36 goals (including playoffs) over her four seasons, leading the team to the playoffs in three consecutive years, and earning Best XI honors three times.

Head coach Rory Dames praised Press only hours after the trade that sent her to Houston, telling The Equalizer at the time: “We’re both disappointed we didn’t accomplish what we set out to do. Christen put every bit as much of sweat, blood, emotion, and commitment into it as I did. Christen was phenomenal for us—raised the standards on and off the field [and was an] unbelievable role model the last few years for that young core.”

The lateness of this year’s trade, coming in middle of the first round of the draft, also contributed to the disarray brought by Press’ decision to not play in Houston, which comes only 15 days before the 2018 NWSL season begins. Trades in the off-season came late, in part due to so many moving pieces with FC Kansas City moving to Utah over the winter and the Boston Breakers folding only weeks before the season.

According to sources, a deal had been arranged over the off-season to send Press to Utah, but at that point, the 29-year-old wasn’t sure she wanted to play for the Royals. She later agreed to be traded to Utah but by then some of the pieces from the original agreement had been moved to other teams.

What’s next for Press at this point is anyone’s guess. She could still be traded to another NWSL team, but with it now known that she doesn’t want to play in Houston, the Dash have little bargaining power to secure an equitable exchange. Still, the league and federation have worked hard behind the scenes in the past to keep top players at home, engineering trades to put them with organizations they want to play for.

Another option for Press would be heading overseas. The new collective bargaining agreement between U.S. Soccer and its players allows players much more freedom in heading abroad than their previous deal, a route Crystal Dunn and Morgan Brian have recently elected to take.

Such a move could be difficult, however, as the transfer window in top destinations, like France, England, and Germany, is already closed. Notably, the window is open in Sweden, where Press played for three seasons prior to coming to the NWSL in 2014.

As a whole, most players contracted through U.S. Soccer still elect to play domestically with Brian the only current exception. With the 2019 World Cup rapidly approaching, and considering the large number of U.S. training camps held each year, playing in Europe presents unique challenges at this point in the cycle.

Dan Lauletta contributed to this report