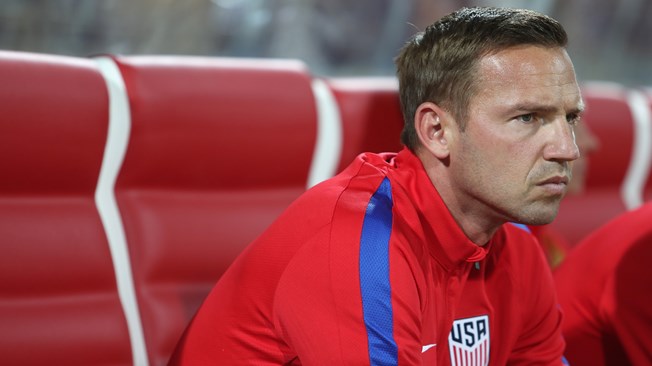 U.S. WNT U-23 head coach B.J. Snow named 24 players to the roster for the Thorns Spring Invitational tournament kicking off on March 11 that will feature the U-23 U.S. WNT  team taking on three NWSL teams at the University of Portland. Snow’s roster included one professional player and 23 college players. Of the college players, most notably as part of the defenders called in is Hailie Mace from UCLA who spent time with the full national team in camp for SheBelieves Cup despite not making the final roster.

The one professional player named by Snow to the roster is Portland Thorns draft pick Bella Geist, a goalkeeper out of Oregon State. Snow called in four players from Stanford, the reigning NCAA champions and two players each from North Carolina, Duke, Penn State, and Washington State.

This is the third year the pre-season tournament has existed and the second straight time that the U-23 WNT has participated. The U-23’s will open play against the Houston Dash on Sunday, March 11. On Wednesday, they will take on Portland Thorns. On the last day of the invitational, the team will compete against the Chicago Red Starts on Saturday March 17.

Last year, with a time that consisted entirely of college and youth players, the U-23 went 1-1-1 after falling 2-1 to the Dash, defeated the Thorns 2-1 and drawing 0-0 with the Red Stars.

For the Pride, five different scorers contributed to the 5-1 victory. Sydney Leroux scored her fourth goal in three preseason matches to put the Pride up 1-0 four minutes into the game. Danica Evans and Dani Weatherholt also scored in the first half, giving the Pride a comfortable 3-0 lead going into the half time break. In the second half, Chioma Ubogagu opened scoring in the 58th minute, putting the Pride up 4-0. USF was able to pull one back in the 72nd minute, but it was short lived as Christina Nairn responded from the kickoff, scoring a long distance rocket off the restart.

“I’m really, really delighted with the result. I thought we showed a lot of cohesion, a lot of good movement, a lot of good passing, created a lot of chances and we looked really comfortable today,” head coach Tom Sermanni said in the club’s official release. “So, I think it was a good step forward from the last game.”

Across the country and on the same night, the Seattle Reign opened up preseason play with a 3-1 victory over the University of Washington Huskies. Scoring kicked off in the 21st minute thanks to a Kiersten Dallstream finish. The Reign took the 1-0 lead into the halftime break. The second 45 minutes started much more evenly matched, as the UW gained some possesstion and a few chances. Michelle Betos was forced to make a crucial save off a breakaway in the 50th minute to keep the Huskies off the scoreline. It was the Reign though in the 64th minute who doubled their lead after Morgan Andrews headed a Lauren Barnes cross right into the back of the net. The third goal for the Reign came only five minutes later as Stephanie Verdoia put one away from the top of the box.

Reign FC started off the scoring in the 21st minute when Kiersten Dallstream netted her first preseason goal after she pressured the UW right back into a turnover deep in their own half. Seattle continued to apply a high press and controlled the match for the remainder of the first half, but couldn’t find the back of the net again before the break.

The second half started off much more evenly matched, with the UW gaining some positive spells of possession. In the 50th minute, UW found themselves one-on-one with Reign FC goalkeeper Michelle Betos, but she was able to come up with a crucial save. The match began to open up, and in the 64th minute defender Lauren Barnes sent in a perfectly-placed cross that midfielder Morgan Andrews headed into the net for the second goal of the match. UW was able to equalize on a counter almost instantly, scoring their lone goal of the match in the 65th minute. Reign FC were able to put the game away in the 69th minute with their third and final goal of the match when Stephanie Verdoia collected the ball near the halfway line and made a brilliant run, trading multiple passes before having the ball returned at the top of the box, which set Verdoia up for a beautiful finish for the last goal of the match.

“It was a great game overall. The University of Washington gave us a good challenge because they play a good brand of soccer,” said Seattle Reign FC head coach Vlatko Andonovski. “At times, we looked very good and we were able to execute well. At other times, we didn’t look as solid as I was hoping for. But, these preseason games are for seeing what areas we need to work on and to get better at the things we do well.”

The Reign will head to California next week for their second and final preseason test as they take on UCLA on Tuesday, March 13.