US and France play to 1-1 draw 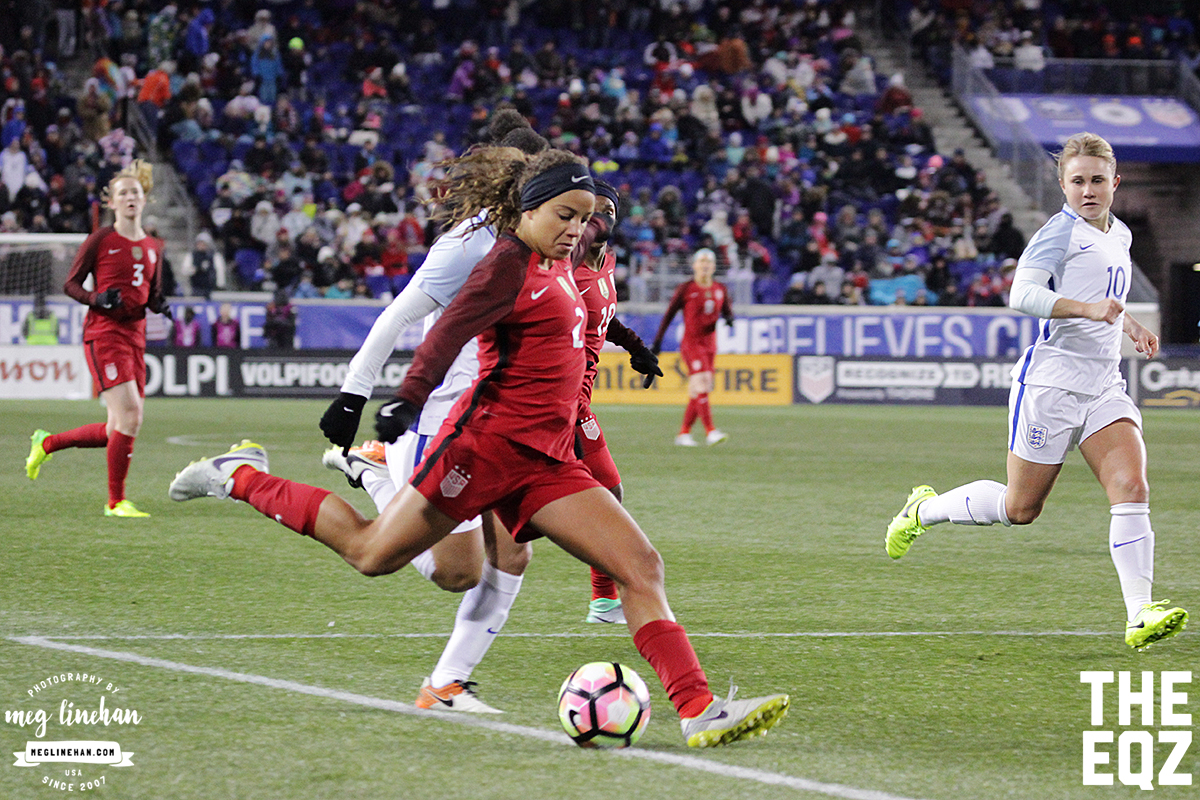 Mallory Pugh scored the opening goal of the match.

They may have been a game late, but France finally showed up to the 2018 SheBelieves Cup. They battled it out against the USWNT in what was an occasionally choppy and disjointed, albeit entertaining, draw.

The game started out slowly. Neither side was able to string together many passes and often bypassed their midfields entirely, preferring long balls over the top in an attempt to catch backlines off guard. The US sent their fullbacks high and dropped their holding midfielder (first Andi Sullivan, then Morgan Brian) in between the wide centerbacks, resulting in a disconnect between the defense and midfield. Alex Morgan thought she got things started in the 17th minute when she ran onto a beautiful through ball from Megan Rapinoe, but she was called back for being offside.

{LAULETTA:  On Jill’s message, a changing mentality, and figuring out France}

After two hard fouls within five minutes on Kelley O’Hara, both resulting in yellow cards, Rapinoe took a free kick above the right corner of France’s box. The ball ping-ponged around the box, including a shot from Sullivan that went off the post, before it fell to an open Mallory Pugh. Goalkeeper Sarah Bouhaddi got a hand on the shot and nearly pushed it wide, but the ball slid in at the far post to put the US up by one.

Don't leave her open in front of the ?!@MalPugh scores her 3rd goal of the year, and now leads the #USWNT in 2018. pic.twitter.com/R6fcOBu3Np

However, the lead wasn’t meant to be for long. Just minutes after the crossbar denied France a goal, Griedge Mbock Bathy sent a long ball over Abby Dahlkemper’s head for Eugenie Le Sommer. The striker shook off Dahlkemper before taking a touch around goalkeeper Alyssa Naeher. Naeher’s dive left an open net, and Le Sommer finished it at a tough angle, equalizing in the 38th minute.

The second half opened up more than the first and became choppy as each side pushed for the win. The US made full use of their substitutes, while France made only one, but the fresh legs couldn’t take advantage of an increasingly sloppy French defense. Casey Short had to be stretchered off with an ankle injury in the 76th minute and was replaced by Christen Press, sending Crystal Dunn to left back.

France’s best chance of the second half came in the 82nd minute, when they were able to split the US defense. Naeher had excellent positioning and made a strong save, following up with another on the ensuing corner.

The US currently sits at the top of the standings with four points, although England could overtake them pending the result of today’s match against Germany. The US and England play on Wednesday evening in the final match of the 2018 SheBelieves Cup.