As the 2018 NWSL preseason moved into its second week, multiple teams have taken to the field for some friendly competition. The Houston Dash kicked off the second weekend of the preseason with a Friday night match against Texas A&M, before an eventful Saturday that saw Sky Blue FC, the Orlando Pride, and Utah Royals FC take on some of the top collegiate programs in the nation. The North Carolina Courage wrapped up the weekend’s preseason action with their second match of the week, a 2-0 shutout of the Tennessee Volunteers.

While the Chicago Red Stars were scheduled to play in a preseason match on Saturday against Wisconsin, no information about that match was released at the time of publication.

Here’s how the weekend’s preseason competition shaped up. 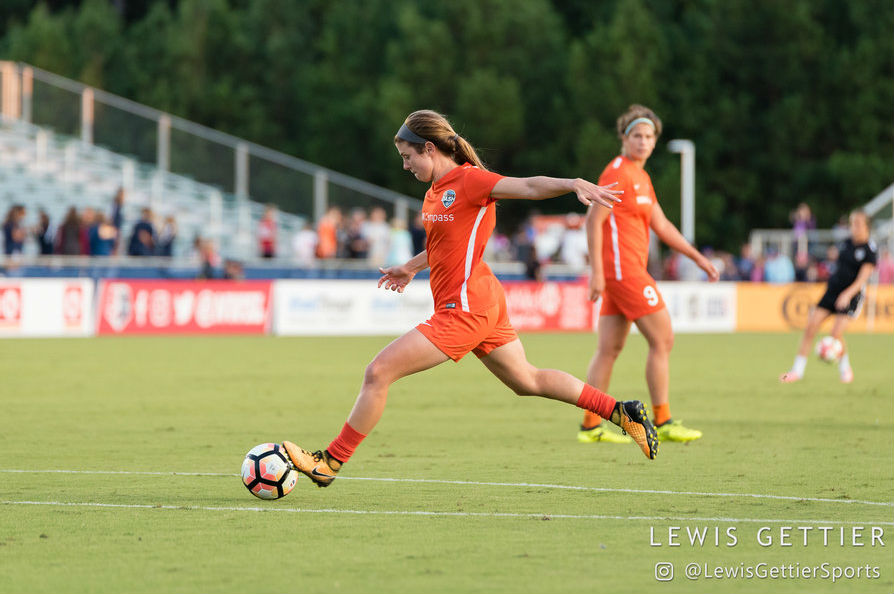 In their final preseason contest before traveling to Portland for the Thorns Spring Invitational, the Houston Dash secured a 1-0 win over the Texas A&M Aggies Friday night courtesy of a late goal from midfielder Caity Heap. The Dash improved their preseason record to 2-1 with the win after having previously split a pair of games against local boys’ U-15 teams.

Despite a number of close attempts on goal by the pros, many of which involved goal-scorer Heap, the Dash were unable to get onto the board until the 87th minute when Heap controlled a pass outside the box and evaded her defender before putting a shot past the A&M goalkeeper and into the bottom corner of the near post.

Heap also helped create Houston’s first chance on goal in the fourth minute when she connected with trialist Heather Kaleiohi, but Kaleiohi’s shot went wide of the near post. Heap took a shot of her own from distance in the 34th minute, but the A&M keeper was able to make the save. She then connected with Savannah Jordan 10 minutes into the second half, but, once again, the resulting shot was off the mark.

With the win, the Dash will return to Houston to train before heading to the Pacific Northwest on March 8. They will first take on the U.S. U-23 women’s national team on March 11 before facing off against the Chicago Red Stars on March 14. They then close out the preseason friendly tournament against the hosts, the Portland Thorns, on March 17.

Sky Blue FC recorded their first win of the 2018 preseason, outlasting the University of North Carolina (UNC), 2-1, on Saturday afternoon. After creating a number of chances for each other in the team’s 1-0 preseason opening loss to Penn State, Shea Groom and McKenzie Meehan were finally able to capitalize on their attacking chemistry, each recording a goal and an assist in the contest.

Meehan and Groom first connected in the eighth minute when Meehan split the Tar Heel defense with a through ball that found Groom wide open. Groom easily slotted the ball home to score the first Sky Blue goal of the year. The game was knotted at 1-1 going into halftime though, as UNC were able to score an equalizer late in the first half.

Sky Blue’s attacking duo reconnected for the game-winning goal in the 75th minute. Groom made a run inside the box before setting up a ball for Meehan to finish, which the second-year player did for the final goal of the match. Sky Blue are now at 1-1 for their preseason record.

The Orlando Pride also got their first win of the NWSL preseason on Saturday, defeating the University of Central Florida, 3-0. Sydney Leroux scored a first-half brace, and Christine Nairn scored her first with her new club to give the Pride the convincing win.

“I was pleased. I thought we showed a lot more cohesion today, moved the ball well, kept possession well, created chances and scored goals,” Pride Head Coach Tom Sermanni said in the team’s release following the game  “So, again, still very early in the preseason, but I was pleased with what I saw.”

The match was not the standard 90-minute match, with the two sides competing through two 25-minute halves. Even so, the Pride still managed to get on the board three times, the first two of those coming from Leroux. Dani Weatherholt assisted Leroux’s 14th-minute goal, while Nairn assisted her second just seven minutes later. Nairn would then tally a goal of her own in the second half to finish out scoring on the day.

The Pride will close out their preseason competition on March 8 when they take on the University of South Florida.

The Royals will continue training in Utah before heading to Los Angeles for a training camp from March 12-17 that will feature the team’s final preseason match against College Cup runners-up UCLA on March 16. 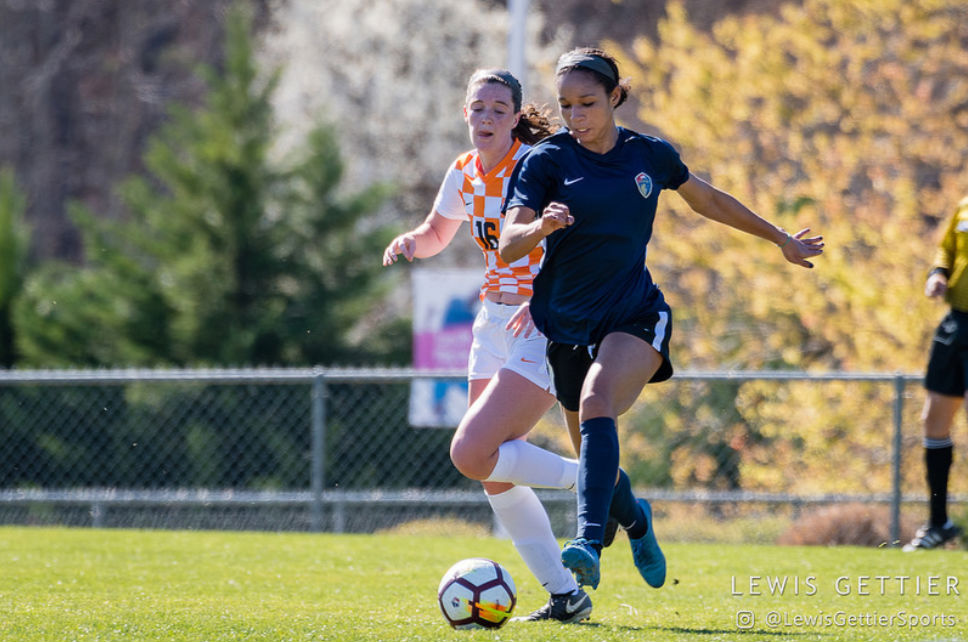 The Courage’s Darian Jenkins has scored in all three of their preseason contests to date. (photo copyright Lewis Gettier)

The North Carolina Courage defeated the University of Tennessee, 3-0, on Sunday to remain unbeaten in preseason competition. Darian Jenkins got on the board for the third consecutive match, increasing her preseason goal total to four, while Kristen Hamilton scored her second of preseason competition to help give the Courage the win.

It was a busy week for the Courage, as Sunday’s win came just three days after the club defeated North Carolina State, 3-0.

“Delighted with the weeks as the group has continued to evolve and build on our principles,” head coach Paul Riley said in the team’s official statement. “Both performances this week were clean, professional, and embraced some of the foundation work we have been working on in practice. With 11 players not available, I was worried we would be unsettled and have no rhythm, but there has been some excellent football played.”

The Courage continue their busy preseason schedule, taking on the Clemson Tigers on Sunday, March 11 before facing off against Wake Forest University on Tuesday, March 13. Both matches will be played at WakeMed Soccer Park.