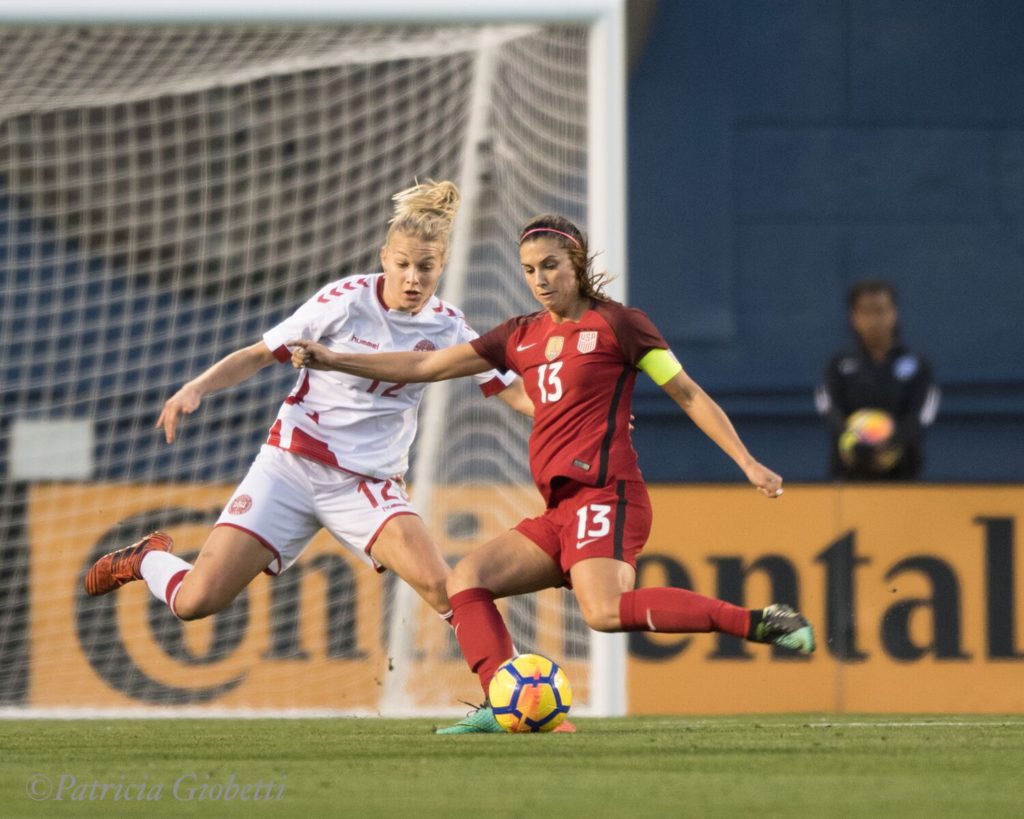 COLUMBUS, Ohio – As U.S. Soccer looks to grow and inject new life to the senior national team, there is still a reliance on veterans who have been there, and done it before. Alex Morgan and Megan Rapinoe have 267 caps between them. They’ve produced at the World Cup, Olympics, and everywhere else in between. Morgan and Rapinoe have terrific chemistry on the pitch that continues to be vital for the success of U.S. Soccer.

“I think it’s really important,” Rapinoe said the day before finishing a Morgan flick for the only goal in a win over Germany. “We’re two of the three front runners along with Mal (Pugh). Alex and I have played a lot together, so I think in terms of all us, we’re getting that chemistry down. I think for us it’s really important to be on the same page when we’re trying to break down defenses. It makes it a little bit easier for us when I know where she is going, and vice-versa.”

{LAULETTA: On the wind, Alyssa Naeher, and German struggles}

Having the ability to know where your teammate is going to be, before she is actually there, is a big advantage that leaves opponents guessing. This bond just doesn’t formulate overnight. Morgan and Rapinoe thrive off of playing together on the left flank. Their pitch telepathy is a trusted strategy coach Jill Ellis can always turn to in the crunch.

“She’s a really unpredictable player,” Morgan admitted of Rapinoe. “As long as I can make that predictable to me, and unpredictable to opponents, I think that’s how we’re going to be successful up front together. I really enjoy playing with her. She has the right amount of choosing when she wants to take on players, and choosing when she wants to pass and play players into successful positions. I just enjoy playing with her, and I find myself drifting a lot to the left anyways, just because I am left-footed.”

Have said it before, but Alex Morgan is much better in the air than most think. #USWNT

Siting on 81 goals, Morgan continues to fill the net with regularity. Rapinoe is motivated in helping her teammate succeed. Consistency, improvement, and above all wins are what drives Rapinoe. She’s not focused on who is scoring goals, just that her teammates are involved and able to contribute.

“Alex and I have played together probably for nine years now,” Rapinoe said. “Hopefully by now I should know where she’s going. Probably the best part of her game is getting in position to score goals. The best part of my game is recognizing when people are in those positions, and being able to get them the ball. It’s mutually beneficial for both of us. I’m happy having all the assists, her and Mal (Pugh) can have all the goals.”

Nineteen-year-old Pugh is just settling in playing up top with the dynamic duo. Her youthful enthusiasm and character adds another dimension to the U.S. attack. It’s not enough for a back line to single in on Morgan and Rapinoe. The explosive Pugh racing down the pitch adds another significant option.

“Mal’s just a player that’s always going to play on her front foot,” Morgan revealed. “She’s a speedy player, she has technical ability. She’s young, she’s eager to continue to learn, develop, and showcase her talent. I feel like it’s always a great addition to have someone like that on our front line. She’s going to take the shot when possible. That shot of confidence in a young player is great to see.”

There is no room for error with the United States women. The standard set by fans, media and players is to be the best every time. As long as you’re good enough, you’re old enough. Integrating players like Pugh, Andi Sullivan, Savannah McCaskill, Lynn Williams, and Tierna Davidson shows that the U.S. aren’t slowing down.

Morgan and Rapinoe show no signs of slowing down. They’re just as hungry as ever to improve and help the next generation of up and coming U.S. talent. That starts with winning the SheBelieves Cup. A friendly tournament indeed, but there is a lot on the line with CONCACAF 2019 FIFA World Cup Qualifying in October.

Things @mPinoe just did: THAT

“Obviously results matter, but stringing together good performances, and having our performances grow as the tournament goes on, we can build on each of those,” Rapinoe said. “Not only at this tournament, but going forward. The transition period is very clearly over. Now it’s time to start putting results and performances together.”.

Germany goalkeeper Almuth Schult was the latest to fall victim to the quality of Rapinoe and Morgan. All it took was a flick-on from Morgan, and Rapinoe was through to slide the ball through the German keeper for her 35th international goal. The results are a clear indicator that the U.S. attack in fine form, and as dangerous as ever.