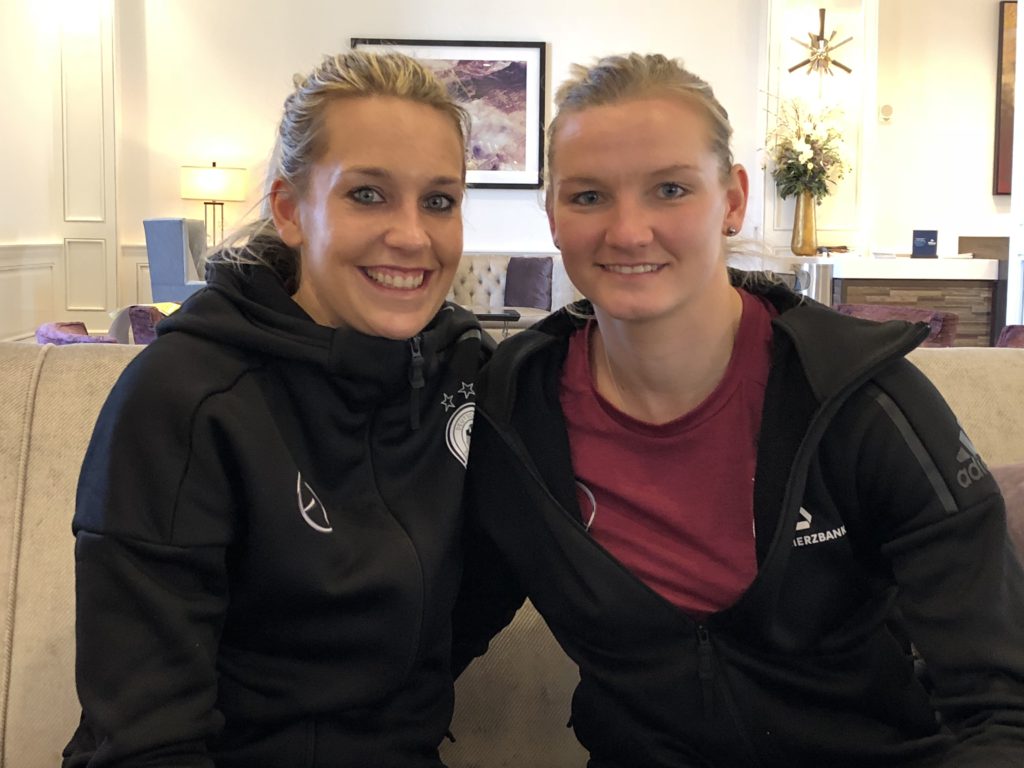 COLUMBUS, Ohio – It’s going to be a heavyweight battle at MAPFRE Stadium on Thursday night as the U.S. women’s national team opens up their SheBelieves Cup tournament against Germany, a battle of the world’s top two teams.

While the 2015 World Cup holders are thriving under coach Jill Ellis and an injection of youth, Germany appears to be in a state of flux. They haven’t yet found a smooth transition under second-year manager Steffi Jones. The familiar faces that Germany have turned to time and time again at World Cups, Olympics, and the Euros aren’t there anymore.

It’s a generation featuring the likes of midfielder Lena Goeßling and forward Alexandra Popp that Germany is counting on to create offense and score timely goals. How is Germany approaching a U.S. rival that has had the better of them lately?

“There’s always good matches against the USA,” Popp told The Equalizer. “It’s hard but it’s important for us. In the last year, we were not so good in the European Championship, but now we can go step by step, on a high level. Now we can see the difference on which level we are.”

That test will come against the U.S., England and France.

“We have three games, and the games are on a high level,” Goeßling said. “It’s good when we have games on a high level to develop with the best teams.”

Germany wants to play a high, up-tempo match. There is no longer a conservative approach of playing everything out of the back and waiting for the other team to make a mistake. Jones wants her team to dictate, control the pace of play, and allow offensive creativity to develop. It’s a well received approach that’s still evolving.

While away from the field, Goeßling’s VfL Wolfsburg teammate has a unique way of unwinding and connecting with herself on a spiritual level. Popp is a qualified zookeeper, and it’s something she is extremely proud of.

“The job is important for my spirit, my mentality. When I’m down, when we lose a match, I go to the zoo, I watch the animals. I get in my mind, and that’s very important for me,” Popp revealed.

You might wonder what exactly being a zookeeper has to do with playing professional football. How are the two related? Popp has found a common ground with her favorite animal, and the bond that she shares with her teammates is.

“Wolves are important. It’s a group,” Popp said fondly. “It’s like ‘Timon’ from the Lion King. There always in a pack to care for each other. It’s like a team, and this is what fascinated me.”

Germany will be looking to bring a pack mentality against the U.S. They’ve not forgotten about the 1-0 loss handed to them at last year’s edition of the SheBelieves Cup. Building confidence, and finding form during 2019 FIFA World Cup qualifying would be ideal. The U.S., on the other hand, will be out to prove that they’re still the team to beat.