Nadia Gomes: From Portgual, to Utah and now Orlando 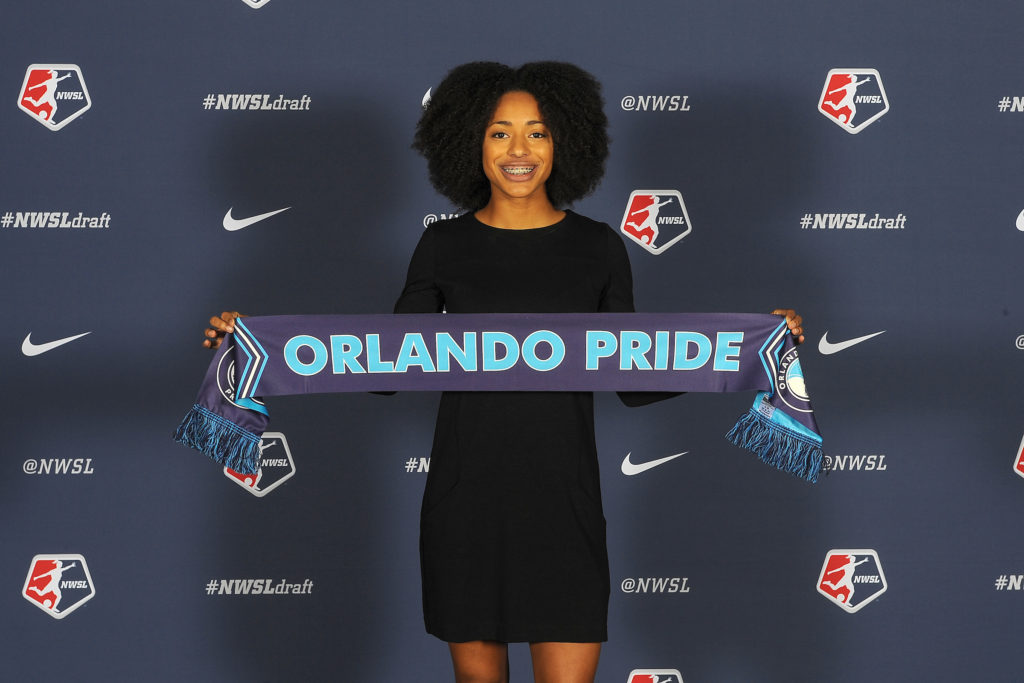 Forty draftees. Forty individuals with her own unique trials, triumphs, and tribulations leading up to that day last month when they earned a spot among the few who’ve had the honor being selected in a women’s professional soccer draft.

Of these stories, former BYU star Nadia Gomes undoubtedly has one of the most unusual. Her journey started an ocean away on a dirt field without nets. As a child in Portugal, the Orlando Pride draftee didn’t play on a formal team. Instead, her introduction to the game was more informal, more community-based.

“There was a soccer field, kind of, in our neighborhood but it wasn’t grass,” Gomes said. “It was like the goals didn’t have nets. It was a small field and my uncle, we lived in like the same neighborhood, and my uncle’s friends [would play] when I was little. I remember watching and being the ball girl and then me and my friends, we used to always play.”

And so Gomes played the game in the streets and on that dirt field in a pair of ill-fitting cleats, until life happene–or rather love happened. Gomes’ mother fell in love with an American missionary prompting a move to Utah when Gomes was 11. Initially, the move was intended to be temporary but wound up being permanent.

Unsurprisingly, there were numerous adjustments needed for Gomes to settle into the new environment, including, acclimating to a new culture, a new climate, making new friends, and being an ocean from her old friends and family back in Portugal. The biggest hardship of the move for the pre-teen by far was the language barrier.

“I couldn’t say anything when I got here,” Gomes said. “Like I couldn’t communicate. I was put in the ESL class, English as a Second Language. There was a Brazilian girl in there so I could talk to her in Portuguese. She basically became my best friend.”

A few months after her 12th birthday, Gomes played organized soccer for the first time. Still working on her English, the Portuguese transplant didn’t have a set position initially.

“I didn’t have a position basically, so I would just run,” Gomes said of her first soccer team. “I’d just take the ball and go.” 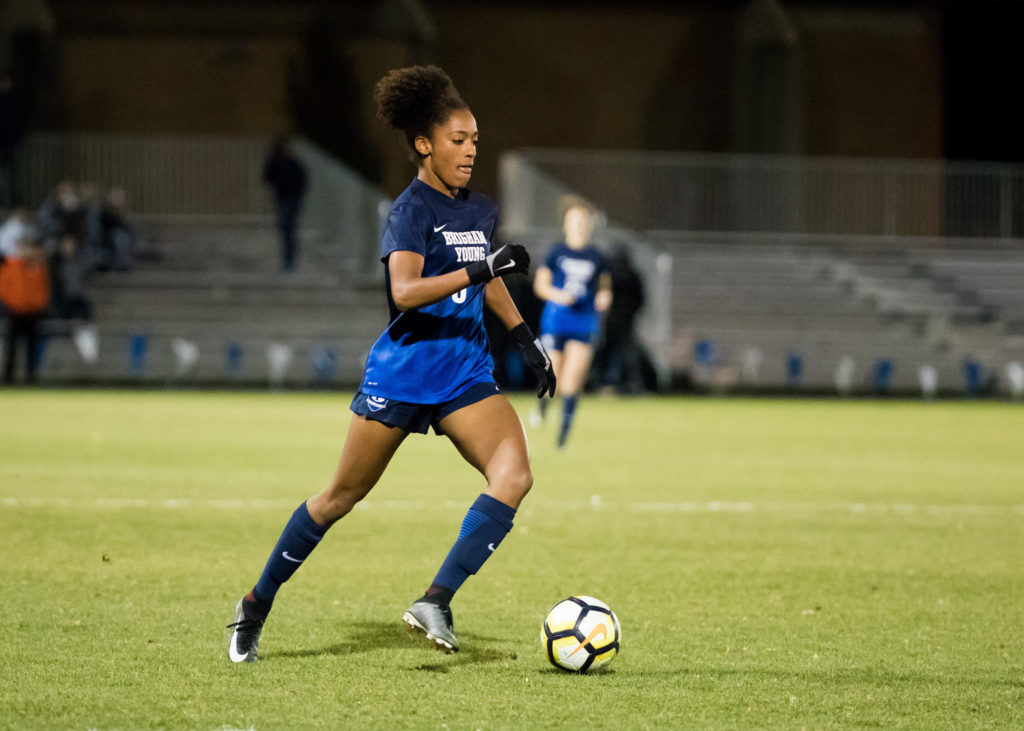 While she’s definitely got a position on the field these days, a huge part of Gomes’s game is still her pace. Her speed certainly played a role in the former Cougar scoring 23 goals and as many assists in her collegiate career.

Her speed was also on display when she accomplished one of the feats she most proud of – scoring two goals 14 seconds apart as a sophomore. Gomes would go on to earn the WCC Player of the year award that season while leading the conference in points, goals, and game-winning goals. It was that year which made the forward think her long-held dream of playing professionally was attainable.

The Orlando Pride draftee’s decorated BYU career is perhaps even more remarkable considering it might not have happened without some rather fortuitous timing. As a teen, Gomes managed to impress the BYU coaching staff as they walked by en route to another match.

“They were there to watch another team, but then they passed by the field that I was playing and I had scored I think it was two goals the third time they were passing by and so they stopped and just watched the game,” Gomes said.

That happenstance was another step along the rookie’s unusual path to professional soccer draftee. A dream born in Portugal and fortified in the United States. That dream will take a step forward in both countries. Gomes is in preseason with the Pride which will be interrupted to join Portugal for the Algarve Cup.

In Orlando, the forward will once more have to adjust to another environment. Fittingly, she again may be able to use her native tongue to make friends. The Pride’s roster boasts several Brazilian internationals including, of course, the unparalleled Marta.

“I’m excited to meet all of them meet my teammates and speak Portuguese as well even though our Portuguese is different. She’ll understand it.”