Newly-appointed head coach Phil Neville has named his first England roster ahead of the 2018 SheBelieves Cup. For the third consecutive year, the Lionesses will participate in the USWNT-hosted friendly tournament, which takes place March 1-7.

For his 23-player roster, Neville has called back in Chelsea defender Anita Asante, who will be returning to the Lionesses for the first time since 2015. He has also given call-ups to defenders Hannah Blundell and Gabby George, both of who could earn their first caps for England during the tournament.

The Lionesses open the 2018 SheBelieves Cup on March 1 in Columbus, Ohio against France. The tournament then moves to Newark, New Jersey, on March 4, where England will face the Germans. They will then close out tournament play on March 7 in Orlando facing the U.S.

In the previous two installments of the round-robin tournament, England has finished in a disappointing third place. However, a last-minute 1-0 win over the USWNT in last year’s tournament proved a bright spot and helped see the hosts finish in last place.

The full England SheBelieves Cup roster is below.

England and Liverpool defender Casey Stoney announced her retirement from professional soccer today. A former captain for England who represented her country 130 times since 2000, she will join Phil Neville’s staff in his debut as the manager of England’s women’s national football team at the 2018 SheBelieves Cup. Stoney’s previous coaching experience includes a stint as a temporary player-manager of Chelsea Ladies in 2009.

A veteran of three World Cups, Stoney’s illustrious career includes four FA Cups and captaining Team Great Britain at the 2012 Olympics in London. She received an MBE in 2015. She will make her farewell appearance for Liverpool tomorrow.

After 23 incredible years it’s time to bid farewell to my playing career and embark on an exciting new chapter. I’m delighted to be joining Phil Neville's @Lionesses' backroom team! Weds @LFCLadies game will be my last. I’d like to thank everyone that made my dreams come true… pic.twitter.com/gWetmhdTny

Corinne Diacre has announced her roster for the 2018 SheBelieves Cup, where France will attempt to defend their title. The 23-person squad is quite different from 2017’s, with names like Camille Abily and Élodie Thomis out due to retirement and players such as Wendie Renard and Sandie Toletti out with injury. France regular Jessica Houara is also out with injury.

After a disappointing last-place finish in 2016 which saw France take one point out of four games without scoring a single goal, they came back in 2017 to win the tournament, defeating England and playing Germany to a scoreless draw before stunning the U.S. with a resounding 3-0 victory. France went on to an early exit in the quarterfinals of the 2017 EUROs.

The full France SheBelieves Cup roster is below.

US to play second friendly against Mexico 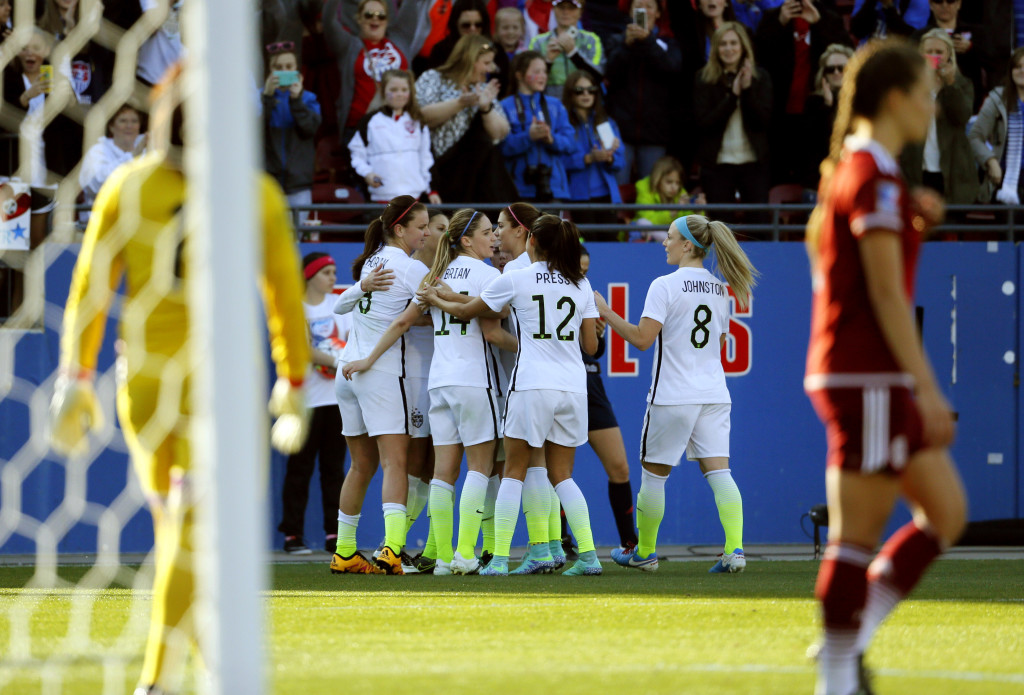 Prior to the previously announced friendly against Mexico in Houston, Texas, on April 8, the USWNT will first face off against Mexico on April 5 in Jacksonville, Florida. The USWNT has not played in Jacksonville since 2013, where they claimed a 4-1 victory against Scotland. That match was notable for seeing the senior debuts of Christen Press and Julie Ertz, as well as the return of Ali Krieger from an ACL injury that took her out of the 2012 Olympics. Press scored a brace in her first cap, making her just the third player at the time to do so in the history of the USWNT.

This will be the first of several possible meetings between the two sides in 2018. Following the two friendlies, Mexico and the U.S. have the possibility of meeting two more times during CONCACAF Women’s World Cup Qualifiers in October. They last met during CONCACAF Olympic Qualifiers in 2016, a 1-0 U.S. victory.