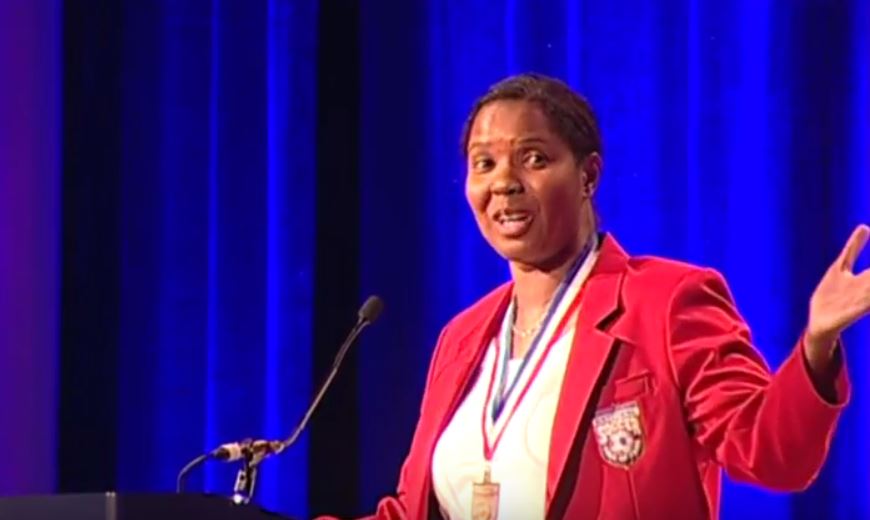 Scurry played for the U.S. from 1994-2008 and won the 1999 World Cup as well as two Olympic gold medals. She played 175 times for the U.S., keeping 72 clean sheets. She was one of the founding players of the Women’s United Soccer Association (2001-03), and she is now an assistant coach with the National Women’s Soccer League’s Washington Spirit.

DiCicco was inducted into the Hall of Fame with the Class of 2012. He has additionally been honored with the Werner Fricker Award, which “recognizes those who have developed programs that will outlast their own involvement in the sport.” The award was first given out in 2002. It is named after Fricker, who served as U.S. Soccer president from 1984 to 1990 and is widely credited with playing a major role in bringing the 1994 World Cup to the U.S.

Accepting the award on DiCicco’s behalf in Orlando was his son, Anthony:

Straight from the ❤️ @DiCiccoMethod delivers a moving speech in celebration of his father. pic.twitter.com/YEIToDwchr

DiCicco is the third straight winner of the award whose roots come from the women’s game. Anson Dorrance was honored in 2016 and Mary Harvey in 2017. DiCicco most famously guided the U.S. women to the sport’s first-ever Olympic gold medal in 1996 and to the World Cup title on home soil in 1999.

Dr. Machnik, who spent over four years in the game as a player, coach, referee, instructor, match commissioner and, now, broadcaster for Fox Sports, was also inducted. He was an assistant coach for the U.S. men’s national team which reached the 1990 World Cup, ending a 40-year absence from the tournament.