Also in today’s Roundup, Lyon stay perfect without Brian, others, and Elli Reed becomes Director of Operations for the women’s soccer team at the University of Portland 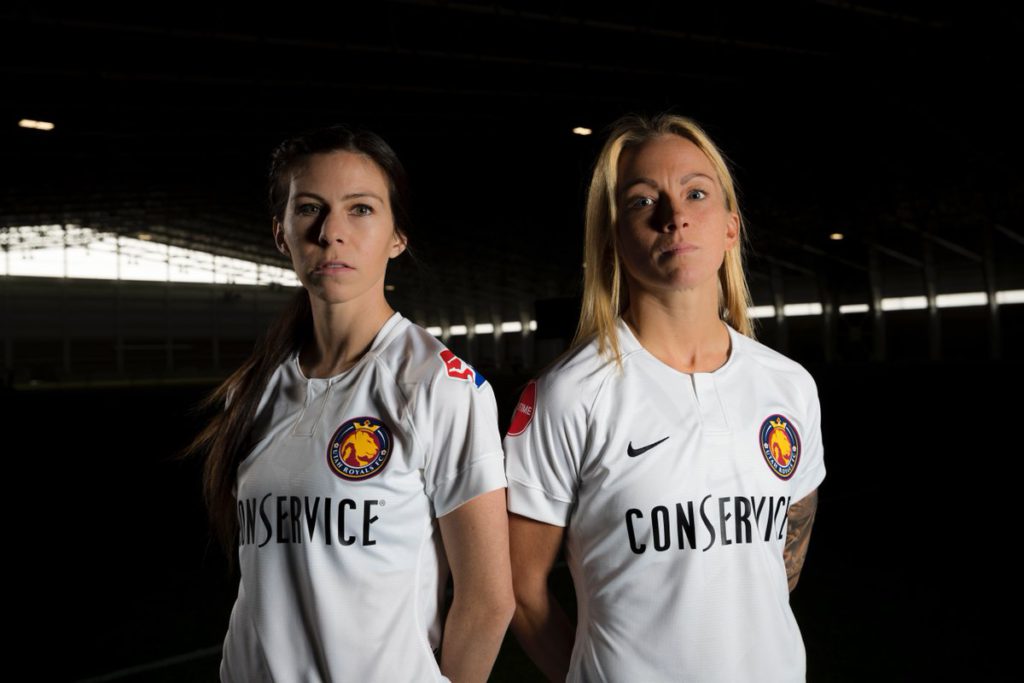 Utah Royals FC announced a jersey sponsor on Monday and unveiled the away kits for the club’s inaugural season scheduled to begin next month. The three-year deal with Conservice, , “The Utility ExpertsTM,” will place corporate branding on the front and back of Royals kits and is the most lucrative deal of its kind ever in American women’s pro soccer according to the club’s owner Dell Loy Hansen.

“This three-year commitment by Conservice represents the most lucrative jersey-front deal in American women’s soccer history,” Hansen said. “The Conservice vision for our partnership aligns perfectly with our aspirations to build the world’s best women’s professional sports organization worldwide. We are grateful that Conservice recognizes the opportunity that the arrival of Utah Royals FC represents for fans across our region, and are excited to deepen their involvement in soccer.”

Conservice, based in Logan, Utah, is a customer service-driven company for utility management services for commercial real estate clients.

“Many of our team members are soccer fans, and can’t wait to help promote women’s soccer here in Utah,” Conservice COO Aimee Cox said. “I am proud to be part of a company that does so much for women in the workforce and now in women’s soccer. Conservice is known for making an impact everywhere it does business. We are excited about this new partnership with Utah Royals FC. We look forward to the club’s success on the field and the positive impact I’m sure they will have in our communities.”

The sixth NWSL season is expected to kick off March 24 and the Royals are targeting April 14 for their home opener at Rio Tinto Stadium.

No @WRenard @AdaStolsmo for Lyon this evening. @moeebrian will also have to wait for her debut as Lyon continue to bide their time with her. https://t.co/kS4qWWjp2u

Morgan Brian’s debut for Lyon will have to wait, but her new club remained perfect this French league season with a 2-1 win over Montpelier on Monday evening. Dzsenifer Marozsan scored both goals—one on either side of halftime—and Linda Sembrant pulled one back getting on the end of a well-taken free kick in stoppage time to put Montpelier on the board. Lyon, who improved to 14-0-0 on the season, were also without Ada Hegerberg and Wendie Renard. The goal conceded was just the third one scored against the perennial champions this season.

Lyon’s 42 points are five clear of Paris Saint-Germain. Montpellier are 12 points off the pace in third with a match in hand on the league leaders. Brian has not played since September 19.

Elli Reed, left, has joined the staff at the University of Portland after five seasons with the Reign. (Photo Courtesy FC Kansas City)

Former Reign FC defender Elli Reed has joined the staff at her alma mater, the University of Portland. The 28-year old will be the Director of Operations for the women’s soccer team at Portland.

“I am thrilled to work with (head coach) Michelle French and the rest of the staff,” said Reed. “Michelle is an incredible coach and I am excited to see her work with the girls. This will be a great opportunity to work with Michelle and learn all that I can from her.”