The Lowdown: Breaking down the NWSL dispersal draft 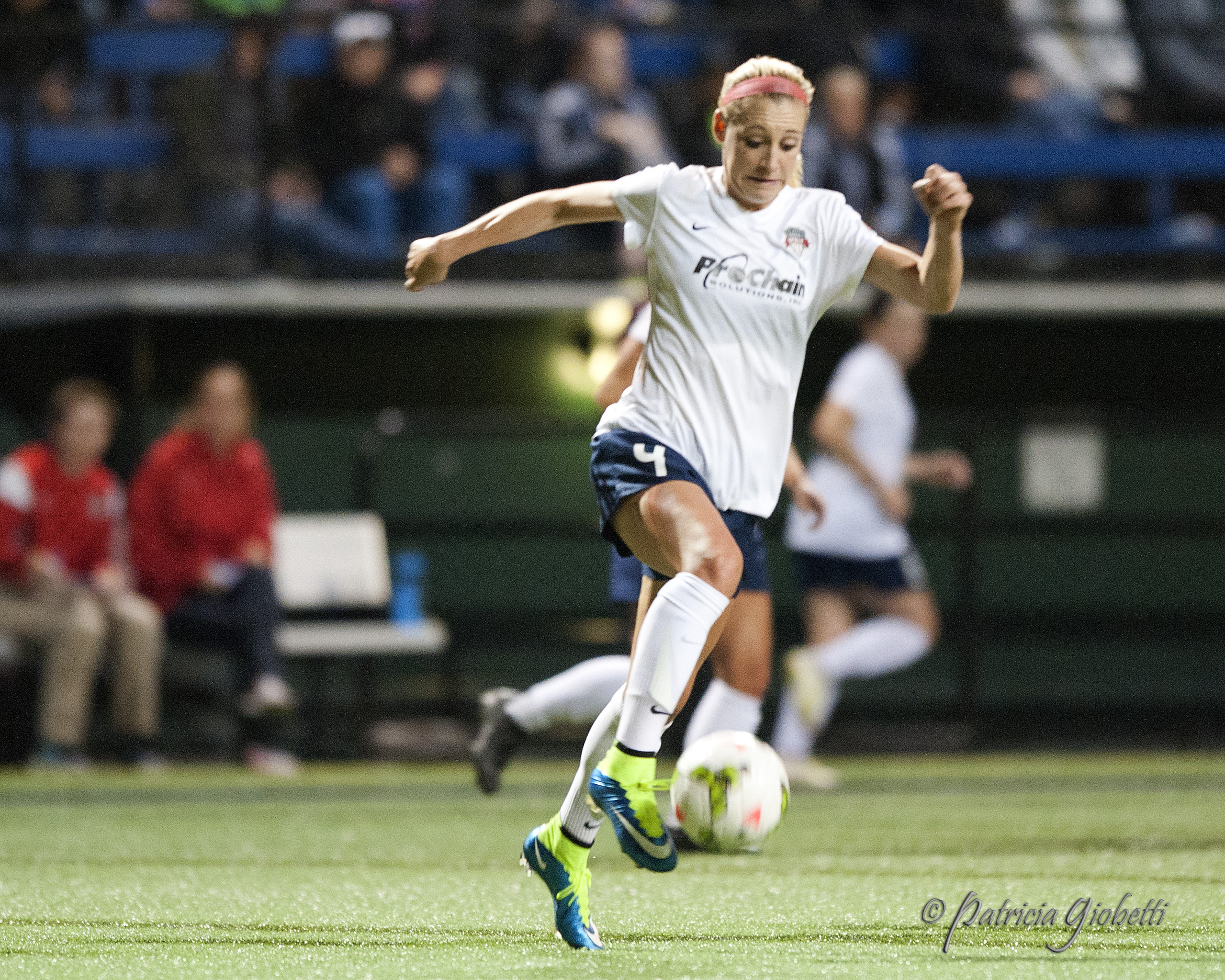 In a vacuum, dispersal drafts are fun. They distribute talented players around the league and give fans more fuel for their everlasting beliefs that they know more about the players than the people in charge of the clubs.

Outside the vacuum, dispersal drafts are wretched. They are a cold reminder that a team just dropped out of the league, and that players from all teams will be negatively impacted with less playing time, some with their jobs altogether. The league has agreed to bend the roster and salary cap rules just a bit in an effort to keep as many players in NWSL as possible this season, but it likely won’t be enough.

And so here we are in the wake of Tuesday’s dispersal draft, the first and hopefully last of its kind in NWSL, and the league is still standing. The last two weeks have seen their fair share of missteps. The league allowed a draft to go on and the Breakers to participate knowing full well there was a better than average change the club would have to be contracted—and they did not permit the club to make any trades.

The league’s Managing Director of Operations spoke about expansion the day after the Breakers sale fell apart, and then doubled down on it the day of the official announcement. We’ll see just how this tactic looks six or eight months from now, but Amanda Duffy has essentially staked her reputation on NWSL adding teams in 2019.

In the short term though, it’s time to focus on the nuts and bolts of Tuesday’s dispersal draft. With that said, here is my quick look at how each team fared. Let’s have a look. I have listed them in order of how I think each team made out.

On one hand, it is easier to have a good draft day when your team is already good. On the other, the Courage still managed to make two sound picks to add depth where they needed it most. King can play centrally or on the outside and figures to be far more effective playing among better defenders than shepherding the defense as she did for much of her time in Boston.

Chapman plays left back which could lead to a tussle for playing time with Jaelene Hinkle unless Paul Riley has plans to switch one of them to the right to replace the traded Taylor Smith.

What a difference a year makes. Following last winter’s mass exodus from Washington, the Spirit have started adding quality players by the bushel full. They will now have Lavelle, once healthy, playing in the same midfield with Andi Sullivan. They Spirit also acquired Taylor Smith to help the backline and Ashley Hatch to bolster the side’s finishing around the goal. And they’re going for it. In order to select Lavelle the Spirit gave up a 1st and 2nd round pick in 2019.

Wenger is a rookie who will be trying to join her brother Andrew (Houston Dynamo) in the ranks of North American pro soccer while Weimer returns to one of her former stomping grounds as a down roster striker. There is a good chance neither play a prominent role but remember they won’t count against the roster limit and the Spirit are suddenly going to have several players gone during FIFA windows.

Another team that put lots of eggs in the dispersal draft basket, the Reign shipped a 2019 pick to Orlando in order to pick 8th and 11th. The return there was Ghanian forward Elizabeth Addo and second-year midfielder Morgan Andrews. Addo will be a goal scoring threat if her European form translates and Andrews showed a few flashes as a rookie and will now be free and clear to play soccer after completing her degree. She should be able to add depth at a variety of midfield positions.

In Oyster, the Reign may have picked up a center piece of their defense for years to come. And Westphal can contribute in a variety of defensive roles. Elston retired rather than go to Boston last summer and was a smart stretch pick near the end of the draft. All in all a solid day in Seattle.

Sky Blue managed to improve their club and also maneuver into a strong position heading into 2019. They’ll get a 1st and 2nd round pick from the Spirit next year, and still managed to get Savannah McCaskill, the 2nd pick from this year’s draft who was not present because she was in camp with the national team. Leon, who could be allocated by Canada again this season, had the best year of her career in 2017.

The burning question coming out of Sky Blue’s day is whether they suitably addressed their needs. The club already stacked up on attacking players through the draft and may have been better off upgrading the deeper portion of the midfield or the outside back position. Frisbie could help some back there but heading into her fifth season she has still yet to find consistent playing time.

For those crying out about conspiracies that the Thorns won the 4th pick while the other three playoff teams were at the bottom of the draft order, ask yourself how Angela Salem was still on the board at No. 15. When the Breakers had a modicum of early success last season, yes it was owed in large part to Rose Lavelle, but it was also because Salem was shutting down attacks in midfield and then linking ahead to Lavelle and others. She will be an excellent addition to the midfield.

Purce and Onumonu were 1st round picks in 2017 and will both be well served being part of an established system with a history of success. Purce spent some time at right back in Boston, partly dur to her being tried out there by the national team, but the Thorns excellent back four likely means Purce will be stationed up top trying to burn defenders with her speed.

The main add here is Rosie White, a physical midfielder who will add some bite to a Red Stars team that could use an infusion outside energy. Miller and Boyles are draft picks who will compete for playing time. Engen, originally drafted by the WPS Red Stars in 2010, is retired, but had this exchange with the club after her name was made public.

Interesting… ? I do miss those stern faced graphics… I will be in touch shortly ?? https://t.co/fAglMJN6co

For the better part of two years, the old FC Kansas City roster soldiered on without a suitable replacement for incumbent Nicole Barnhart. That is over now. Abby Smith is a clear NWSL-level starter who should line up as the heir apparent to Barnhart in Utah. Stengel is tearing it up in Australia this winter but has yet to show the speed or killer instinct to score regularly in NWSL. Elby is a depth defender and Da Costa retired last summer.

The addition of Smith fills a major need going forward but at the end of the day the Royals may not have selected a player who will be a regular starter in 2018.

The Pride traded the 8th and 11th pick to get back in next year’s 1st round and when their turn came up at No. 26 they passed. The Pride may wind up as major players in next year’s college draft but to this point they have not been a club that has ever done much on draft days.

The Dash once again left fans scratching their heads. With players like Angela Salem and Adiana Leon on the board they used the 6th pick to take Kyah Simon who did not play in NWSL last season. There are whispers that Simon is looking to come back, but even at that she has not shown the chops to score on a regular basis. She also does not defend or play in midfield, two needs much higher up the Dash’s priority list.

Okvist can play defensive minded positions and should fill one need. Prudhomme filled in well when Abby Smith was injured last year and could challenge for the backup role behind Jane Campbell.