Michelle Betos returns to Seattle, where she played in 2013. (Photo Copyright Patricia Giobetti for The Equalizer)

Today, the Seattle Reign announced the signing of goalkeeper Michelle Betos. Betos played with the Reign in 2013 before joining the Portland Thorns in 2014, where she stayed through 2016. The 2015 NWSL Goalkeeper of the Year most recently spent her time in Norway in 2017 with Vålerenga Fotball Damer.

New Reign head coach Vlatko Andonovski knew that Betos would be a great addition to his squad since she brings a wealth of experience back to Seattle, saying “The packed schedule and international calendar meant that we need a pair of experienced keepers to see us through the season,” in the Reign’s official release.

“Michelle’s experience in the league and abroad–as well as her familiarity with the club–made her the perfect fit. Plus, as I witnessed first-hand, she may even be good for a goal or two this season.”

Andonovski is referring to Betos’ one NWSL career goal, which she headed in off a corner kick in Portland’s 1-1 draw with FC Kansas City in 2015.

Yesterday, U.S. Soccer announced that the U.S. Soccer Referee Committee and FIFA appointed the 25 highest-level U.S. Soccer referees to the 2018 FIFA Panel. This means that upon receiving their 2018 FIFA badges, these 25 referees will have the opportunity to represent the U.S. at the highest international levels including FIFA Youth, Men’s and Women’s World Cups.

The 25 honorees includes eight referees, 16 assistant referees and one futsal referee. To be considered, candidates must have officiated at least two years in the highest recognized professional division in their respective country. The selected referees from the U.S. have spent the last two years or more working in MLS or the NWSL.

After their appointment to the panel, the referees will have opportunities to officiate CONCACAF leagues and tournaments. Pending performance in CONCACAF, top tier candidates have a chance to be selected to the Men’s and Women’s World Cup panels.

Full list of 2018 FIFA Panel Selection is listed below. 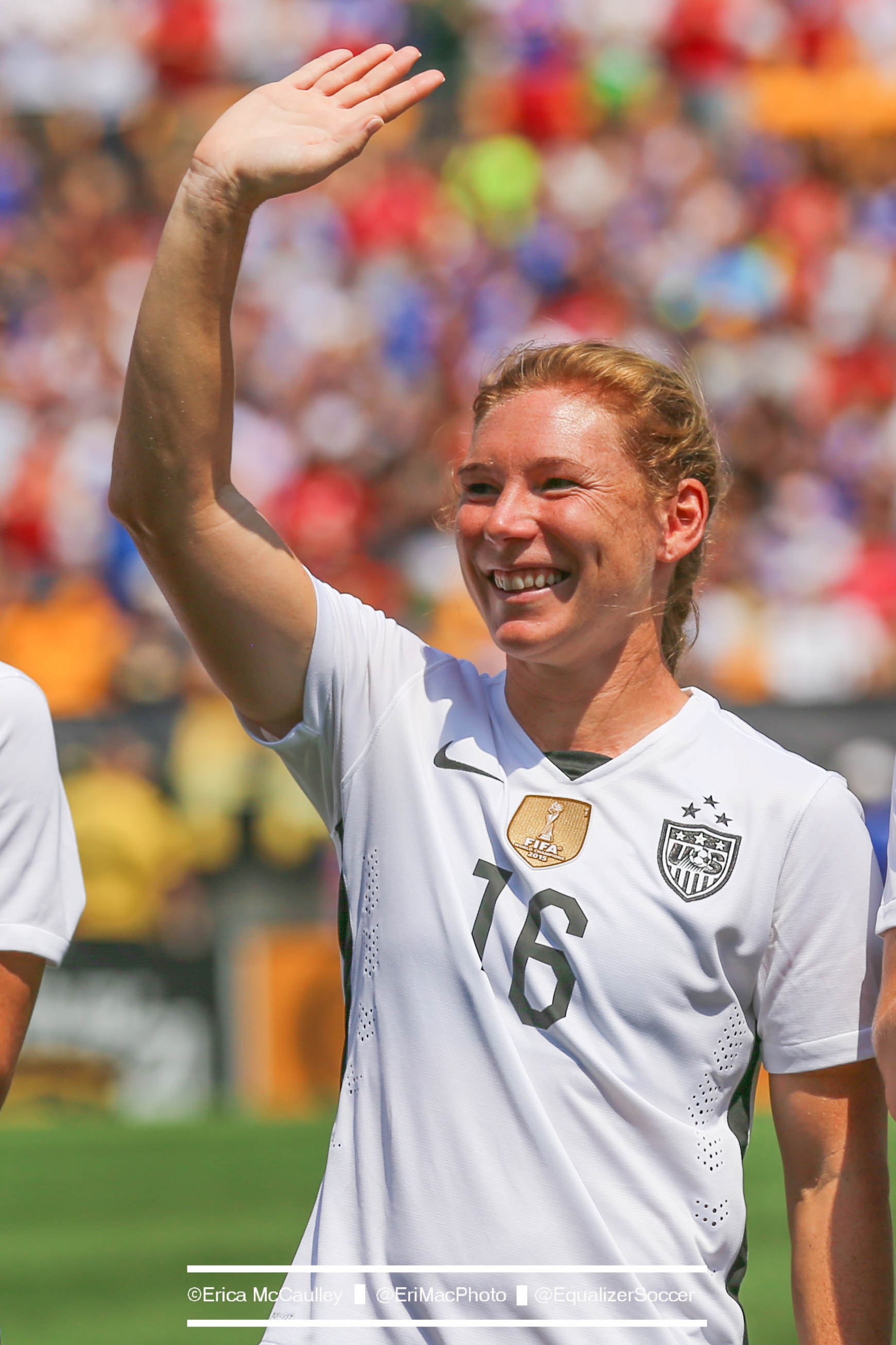 Chalupny retired from the game in 2015 as an Olympic gold medalist and a World Cup champion. (Photo Copyright Erica McCaulley for The Equalizer)

Former USWNT player, FIFA Women’s World Cup Champion and St. Louis native Lori Chalupny Lawson has officially taken over the position of head coach for the Maryville University women’s soccer team starting this January. She has served as the assistant coach for the Saints since 2013 and was most recently named head coach-designate in the fall of 2015.

“I am so excited for the opportunity to become the head coach of the women’s soccer program at Maryville University,” said Lawson in the athletic department’s official release. “I strongly believe in the vision of the university and the direction of the athletics department.

“Over the past five years, I have seen so much growth from the women’s soccer program and I look forward to continuing our development into one of the premier programs in the GLVC and all of Division II.”

Chalupny Lawson retired from the game as a player in 2015 after making 106 apppearances and scoring nine goals for the USWNT. She was a member of the USWNT squad that won the FIFA World Cup in Canada in 2015 and holds a gold medal from the 2008 Beijing Olympics.a

She has been a key addition to the coaching staff, helping the Saints improve over the past four years that she’s been on the sidelines. In 2017, the Saints saw their best record since joining Division II.

Solo is currently in the running to be named U.S. Soccer’s next president. (Photo copyright Erica McCaulley for The Equalizer)

Today, Hope Solo revealed on her site that she’s calling upon the United States Olympic Committee to hold U.S. Soccer accountable with a formal complaint.

Solo claims USSF is in violation of the Ted Stevens Olympic and Amateur Sports Act. Her primary complaint is that U.S. Soccer has failed to “develop interest and participation throughout the U.S. and be responsible to the persons and amateur sports organizations it represents” as it’s primarily focus has been supporting and protecting the MLS, therefore letting professional women’s soccer and amateur sports fall by the wayside.

Spirit trade up to take Lavelle in Dispersal Draft; McCaskill No. 2 to Sky Blue
The Lowdown: Breaking down the NWSL dispersal draft