The Boston Breakers, one of American professional Woso’s longest-running clubs, are no more, folded at the last minute. With less than a month before preseason, this means there are 25 players without a home. Later today the remaining nine NWSL clubs will take part in a dispersal draft to send those 25 players across the country. There are trades to come, and it’s likely the future of some of these players is still uncertain, but I tried my hand at predicting what’s coming in the draft. You’ll notice I left out those players whose rights are up for grabs – with the possible exception of Kyah Simon, none are likely to play in the NWSL.

Much like in her first draft a year ago, Rose Lavelle is a no-brainer for the first pick regardless of the team or their needs. As an allocated player, she’s free, and when healthy, she’s proven she can be a game-changer in the center of the park with a set of technical skills that’s a rarity in American soccer. Persistent injuries are a concern, but the idea of Lavelle in a diamond midfield with Raquel Rodriguez, Daphne Corboz, and Christina Gibbons is too much for Sky Blue to pass up.

Ökvist is an unknown in the NWSL, which is why some teams are likely to pass her up, but the left-footed outside back could help a shaky Sky Blue backline, and her offensive abilities should help replace Kelley O’Hara. Frisbie is a utility player capable of playing in central defense or midfield and offers a veteran presence on an otherwise young team.

The Spirit’s roster is one of the most crowded in the NWSL at the moment, but like Lavelle, McCaskill is hard to pass up. While the Spirit have plenty of forwards, they lack an out and out go-to leading scorer, and if McCaskill’s productivity in college translates into the NWSL, she can be that player. She’s fast and young, attributes that fit in well with the rest of Jim Gabarra’s roster, and if she continues to work her way into the USWNT, she could be allocated at some point down the road.

Boyles is coming off back to back ACL tears in college and plays midfield, a crowded position, but she is dangerous on set pieces, which the Spirit could use. Weimer, who spent two seasons with the Spirit although playing time was minimal due to an ACL tear, brings a veteran presence and offers roster depth at forward, winger, or attacking midfield. 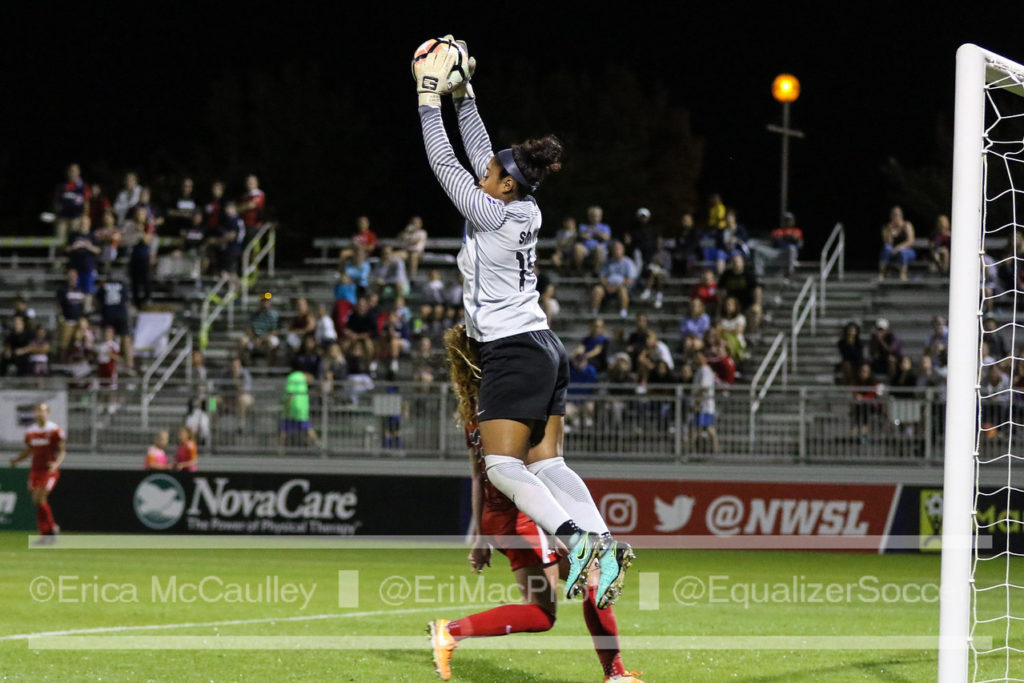 Westphal improved tremendously in her second season in defense, the move from central to outside back paying off. Although perhaps not the best defender outright on the Breakers roster, she fills an immediate need at right back for the Reign defense. With the trade of Haley Kopmeyer and Lydia Williams to miss time on international duty, the Reign need a backup keeper, and they won’t do much better than Smith. She’s highly athletic and is growing in her decision making. Dowd is probably the least likely of the trio to see playing time, but she brings depth up top, where the Reign are also likely to miss players on international duty.

Out of any team, Portland is probably the most capable of carrying extra players and has the luxury of not needing to fill many spots. However, Salem could fill the hole at defensive midfielder created by the departure of Amandine Henry, a spot that doesn’t have an obvious replacement on the Thorns’ existing roster. Salem was underrated for Boston, doing the dirty work and relieving pressure on the backline, and would be an upgrade for many teams.

King is coming off an injury and isn’t likely to be match fit by the time the season starts, but when she is healthy, she provides defensive depth across the board. (Side note – King is about as synonymous with Boston as any player, and the idea of her in another jersey is a hard pill to swallow.) Like Ökvist, Addo is more of an unknown quantity in the league, but she did well in Sweden’s Damallsvenskan and can play forward or center midfield. She’s an international, which Parsons likes, and a solid scorer. 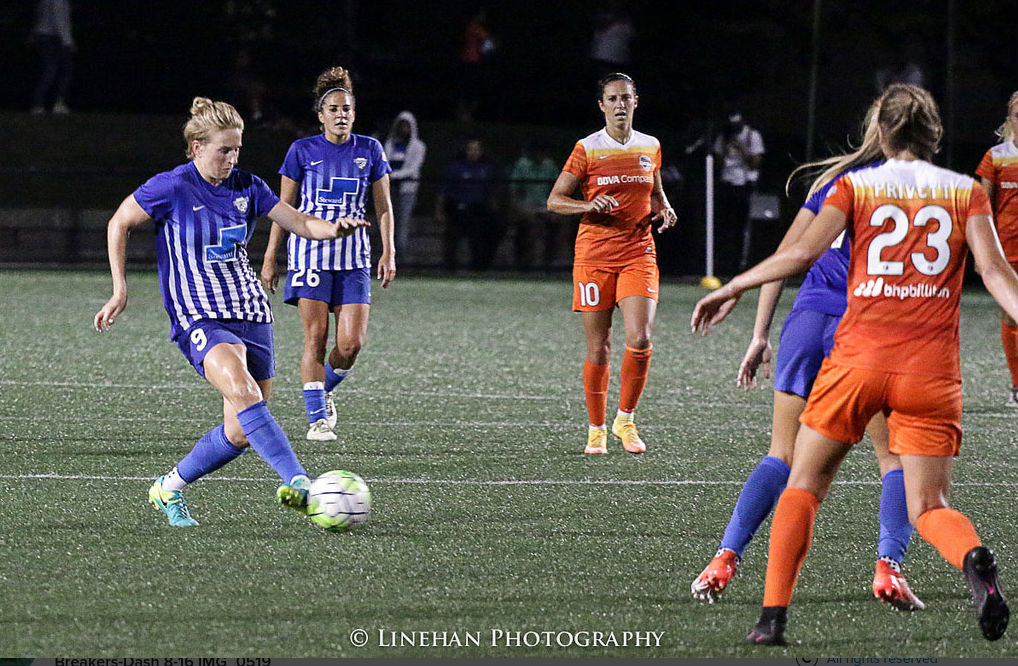 Dowie was the best scorer on Boston, and she bolsters a crop of forwards that’s looking uncertain after the trade of Shea Groom and a question mark where Amy Rodriguez’s form and fitness are concerned. Solid with her back to goal and excellent in her hold up play, she provides a good foil to the speed of Sydney Leroux.

White’s tendency to get carded may drop her stock in the eyes of a few coaches, but her athletic, no holds barred style is effective in creating offense out of nowhere. She also has amazing free kicks, which Utah will be missing without Yael Averbuch. Miller is a product of Duke University’s strong 2018 class and would be midfield depth.

The Dash defense would be very pleased to have Chapman back, but the bigger question is if Chapman, who was happy to leave Houston in the first place, would be tempted back by a new coaching staff. Assuming that can happen, she immediately upgrades their left back position, with the added bonus of being a free player. Chapman is an experienced and tenacious player who loves to get into the attack but is a strong 1v1 defender as well.

Andrews took a little more time to settle into professional soccer than some might have expected, but she’s a solid box to box midfielder that fleshes out a very light central midfield in Houston. Andrews can pull the strings and run a midfield, which is something the Dash very much need. Wenger offers defensive depth and would have the added bonus of playing at the same club as her older brother, the Houston Dynamo’s Andrew Wenger. 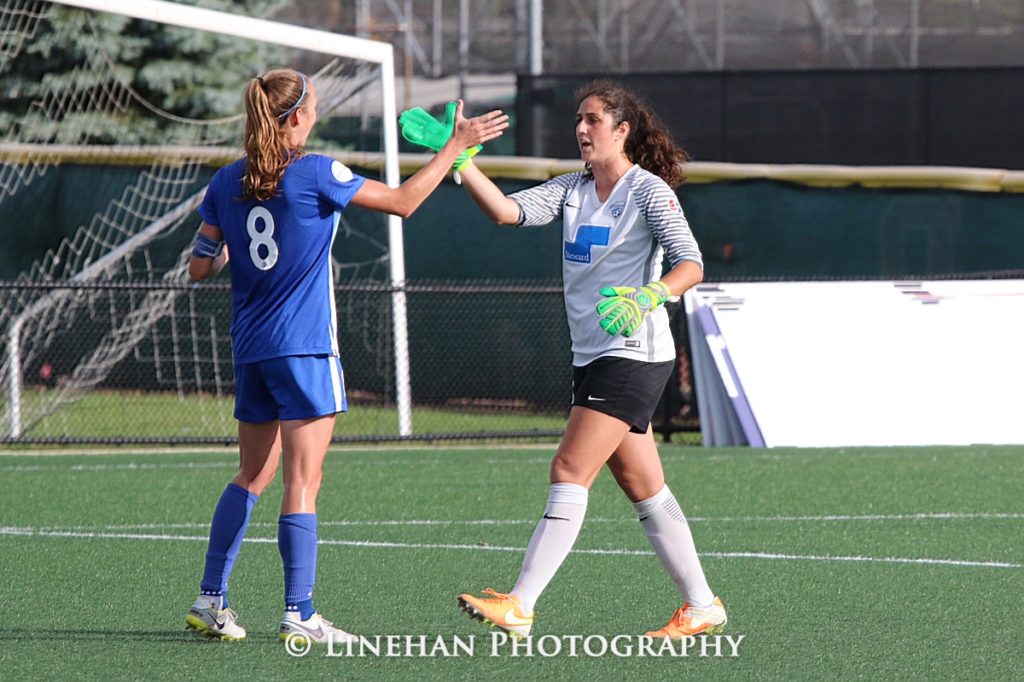 Chicago may have found the only upgrade to Christen Press in the NWSL in Sam Kerr, but that still leaves their offense very narrow and funneled to one person. Both Leon and Onumonu offer fast options up top who both play well out wide. Leon has the added bonus of likely being allocated by Canada this year. She’s aggressive with a nose for goal and will put her body on the line for a shot. If Chicago is going to overcome their semifinal hurdle, they need to try something different. While Chicago certainly upgraded their backup goalkeeper spot when they drafted Emily Boyd, they will still want a third keeper when Alyssa Naeher is gone on international duty. Prudhomme did well when stepping in for Smith last year and could compete with Boyd.

The best central defender on the Breakers roster, Oyster grew into a role as a defensive anchor for Boston. A move to Orlando would reunite her with Ali Krieger and Shelina Zadorsky, with whom she played alongside during Washington’s 2016 playoff run, and could push Krieger to right back, potentially fixing that perennial problem spot for the Pride. Stengel is another former Spirit player. While she hasn’t lit it up in the NWSL yet, she’s currently making a run for the Golden Boot in Australia’s W-League. She has fantastic hold up play and can help the Pride close out games, something with which they struggle. 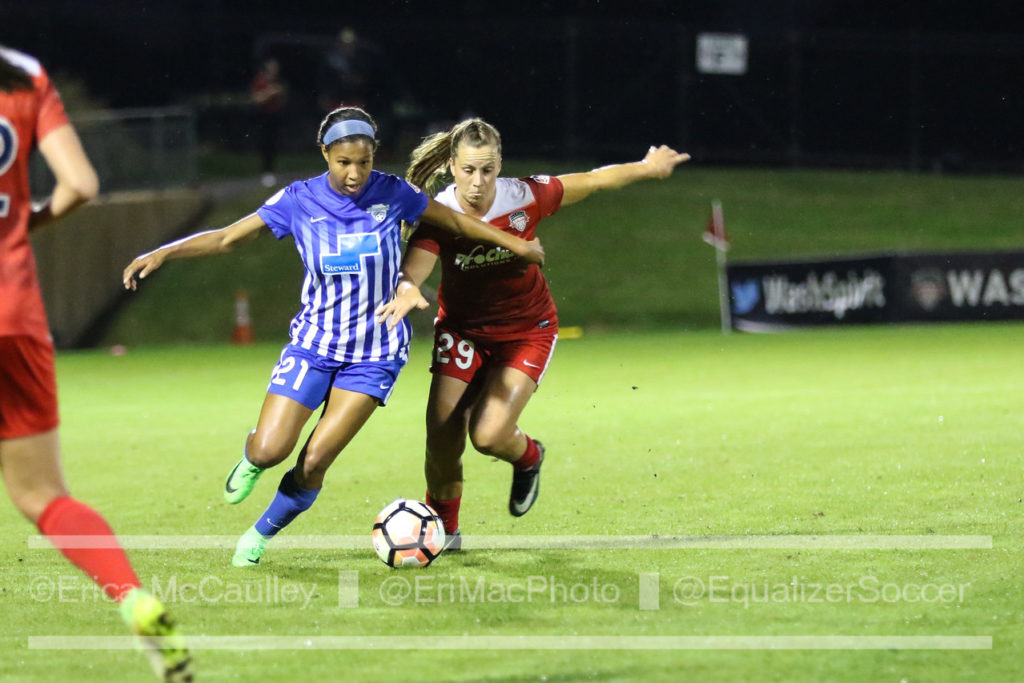 Purce is a young, fast, athletic, versatile player – right up Paul Riley’s alley. While she struggled at right back in Boston, Riley has shown a willingness and skill to convert players at the position and could help her make the adjustment. She’s very attack-minded and will get endline. Should Riley prefer to move Purce back to forward as depth, Elby is another option for the empty spot at the Courage’s right back position. She’s more defensively minded than some and will hold down the fort while Jaelene Hinkle gets forward on the left.

{Read More: All coverage of the Breakers’ demise here}