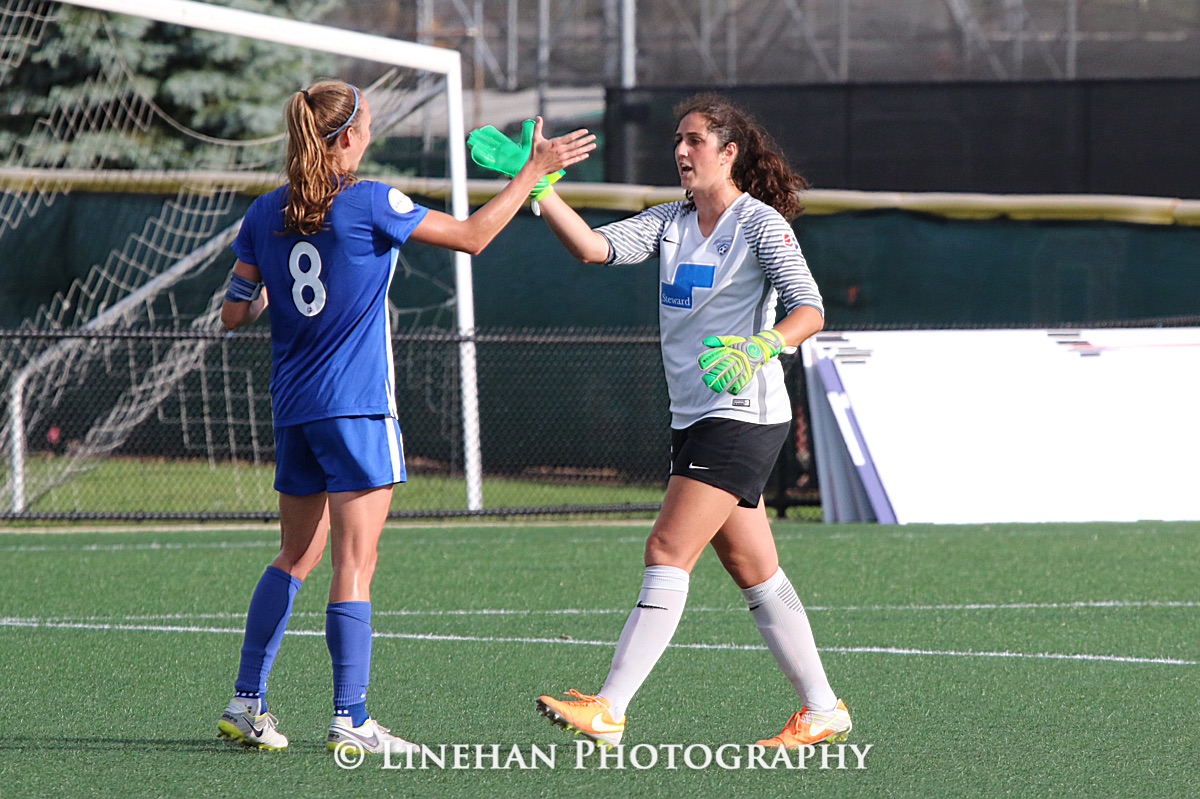 With the official news that the Boston Breakers have folded, the story of one of America’s longest-running women’s professional soccer clubs is coming to a close.

The final revelation follows months of rumors, repeated last-ditch attempts to save the club, and comes at the worst possible moment – only weeks before the 2018 National Women’s Soccer League season begins. It leaves thousands of fans without a team to cheer for, two dozen players without a team to play for, and staff without jobs.

The news is also likely to bring back painful memories of the instability that eventually spelled doom for previous incarnations of women’s professional soccer in America such as the WUSA and WPS.

However, the Breakers’ failure belies the progress of the NWSL in the last year. In that time, the league secured a major investment and television deal with A&E which provides weekly match broadcasts for the first time in NWSL history. The league has also doubled the bottom of the pay scale, the players formed the NWSL Players Association, and total league attendance grew for the fifth straight year.

{MORE:  Amanda Duffy:  “This isn’t the same league as WUSA or WPS”}

While the loss of Boston’s franchise is painful, it is also a sign of a league beginning to grow beyond its original foundation. Last year, the NWSL successfully helped move the Western New Flash—albeit under new ownership—to North Carolina. That move provided the players with new resources, better playing conditions, and a larger fan base, while the team continued its on-field success.

This winter, the league did the same with FC Kansas City and a new partnership with the group that runs Real Salt Lake in Major League Soccer. As a result, players in the Kansas City organization will also have access to new resources, better playing conditions, and a larger fan base. Season ticket sales for the new franchise are already reported to be around 3,000—which nearly doubles the average attendance FCKC drew at home last season.

None of this is to say that the league doesn’t still face challenges, or that it wouldn’t have better if Boston had been relocated rather than folded. A minimum salary of $15,000 is still not a livable wage and six teams saw their average attendance drop in 2017. Allocated players still seem to have a disproportionate amount of power in determining which markets they will play in and which ones they won’t. The league still doesn’t have an official player’s union and there are still a handful of clubs who have fallen behind the curve in the quality of their venue.

Nonetheless, many of the clubs that don’t have resources comparable to the ones with MLS affiliations have shown strong ambition in the last year. The Chicago Red Stars moved into Toyota Park full-time last spring, a significant facility upgrade for its players. The Washington Spirit seem to be putting a troubling 2017 campaign behind them with a series of off-season trades and draft picks that could help the team improve significantly on the field this year. And both Sky Blue FC and the Houston Dash have new coaches who are quickly revamping their rosters in an effort to improve their squads in 2018.

The loss of Boston is certainly painful for fans, players, and employees. It will leave a hole for many that isn’t likely to be filled anytime soon. And they won’t be the last NWSL team to suffer this, or a similar fate. More small clubs will go the way of Kansas City and Western New York, whether it’s this year, next year, or further into the future. As the league grows, smaller clubs will face more pressure and need bigger investments to keep moving the ball forward and improving the league.