Group forms in attempt to save Breakers; details of missed payments emerge 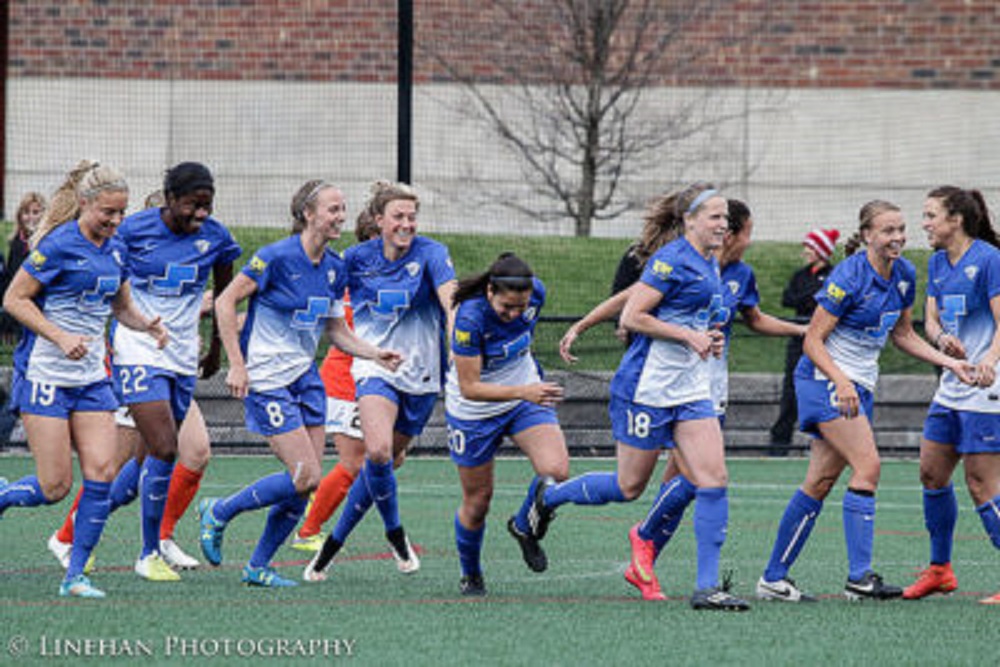 An anonymous group has formed and appears to be in discussions with the NWSL about purchasing the Boston Breakers and allowing the club to continue operating in the Boston area. The group consists of several local investors who combined believe they have enough funding at their disposal to make the move. News of the group’s existence was first reported by Kartik Krishnaiyer.

A single well-connected source telling me that a group to save the @BostonBreakers has formed tonight. Includes a possible high-profile investor Chance they can save the team. I'll keep everyone posted as I learn more. #NPSL #USSF

NWSL was planning to fold the Breakers in an announcement Thursday night. That announcement was pushed back to Friday and now may be delayed even longer. A spokesperson told The Equalizer there was “no comment at this time.”

NWSL’s sixth season kicks off in 57 days. There are said to be significant obstacles in closing a deal in such a short time frame with owners desiring a stadium deal to be put in place and significant funds in an escrow or bond to be put forth before pursuing this option.

Meanwhile, The Equalizer has gained additional insight into what has been a months-long odyssey since it became apparent the Breakers were in need of new ownership. The league has pursued multiple groups to take over the troubled team dating back to last fall, including another existing soccer team that had been lined up to buy Boston and one group that dropped out Wednesday night. An earlier deal collapsed on the eve of last week’s draft. The Breakers were subsequently permitted to draft players but not execute any trades.

The Breakers organization was also behind in payments to the league and multiple vendors, had not yet signed a stadium deal for the 2018 season, and was operating with a reduced staff.

NWSL pushed the decision as long as possible and looked at every option available to prevent folding the team, including having the league, A&E, the remaining owners, or U.S. Soccer step in. However, the prospect of running a weakened Breakers’ team remotely in 2018 presented too many challenges.

The most recent deal on the table to save Boston was said to represent a big improvement to previous ownership, but once the investor walked away last Wednesday, it was determined the franchise could not be saved this close to the 2018 season.

Rising standards in recent years, including staff and facility upgrades and rising pay for players, have put increased financial pressures on owners. Still, the league is benefiting from its new TV deal signed just last spring and seeing increased revenue from sponsors. Even with many teams affiliating with Major League Soccer franchises in recent seasons, independent owners are still seeing positive revenues and the league is said to be in strong financial shape, with more teams expected to join in 2019.