Sam Kerr was named the 2018 Young Australian of the Year. (Getty Images)

The 24-year old Matilda was named the 2018 Young Australian of the Year by Prime Minister Malcolm Turnbull in a ceremony held at Parliament House. The awards ceremony was part of the annual Australia Day celebrations, which take place every January 26.

“It is a massive honour. Australia Day means a great deal to me and my family and being Australian is something we are all very proud of,” Kerr said in her acceptance speech.

Kerr’s full acceptance speech can be viewed on The Women’s Game Facebook page. 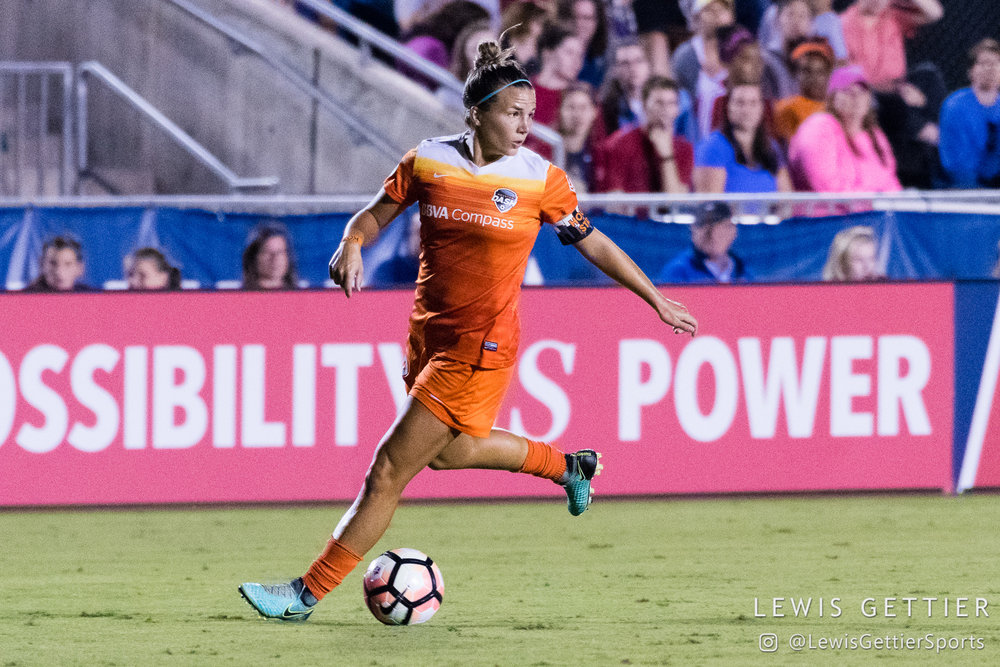 The Houston Dash have re-signed defender Amber Brooks for the 2018 season. (photo by Lewis Gettie)

The Houston Dash announced on Thursday that they had re-signed Amber Brooks to a new contract ahead of the 2018 NWSL season.

Brooks was an integral part of the Dash in 2017, wearing the captain’s armband for eight of the 24 matches she played in. She was also one of only four players to play all 2,160 minutes of the regular season last year.

In her second season with Houston, the midfielder-turned-defender tallied one goal and two assists. Her move from midfielder to center back not only anchored the Dash backline, but helped the team record five shutouts and embark upon a six-game unbeaten streak that followed a losing streak just as long.

In other Dash roster news, defender Meghan Cox, who joined the team partway through the season after being waived by the Portland Thorns, posted on Twitter that she would not be returning to the team in 2018 as she returns to college to complete her degree. She said a return to the team in 2019 was a possibility.

Nemzer joins Sky Blue after two seasons as head coach at NCAA Division 1 side Mt. Saint Mary’s University in Emmitsburg, Maryland. Before that role, he served as an assistant coach for two years at the University of Alabama in Huntsville before a two-year stint at Ottawa University in Kansas.

“Joe is a very ambitious coach who brings a multi-faceted background to Sky Blue FC that includes time as a head coach, assistant coach and goalkeeper coach,” Reddy said in the team’s official statement. “His wide range of experience will be very beneficial to us.”

As assistant coach for Rutgers University for the past four seasons, Ancin is no stranger to Yurcak Field. At Rutgers, Ancin’s own alma mater, he oversaw the team’s goalkeeper corps, including recent Sky Blue draft pick and U.S. U-23 women’s national team goalkeeper Casey Murphy.

“I have worked with Lubos in the past, and he is a top-level goalkeeper coach,” Reddy added. “Not only is he a great professional, he is also a great human. I am really looking forward to working with him again.”

Although the Manchester City Women’s Twitter account will still exist, it will now only be used for live updates on game days.