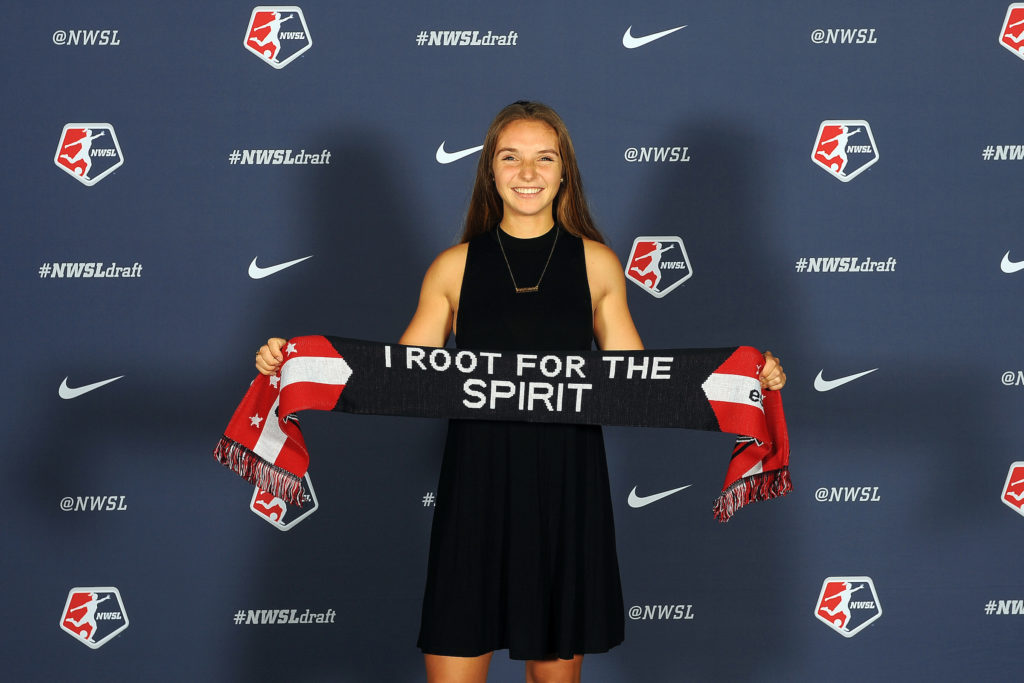 The Washington Spirit 2018 draft had a decidedly #ThrowbackThursday feeling. Once maligned for selecting players with some form of local ties, could the Spirit’s path up from the basement of the NWSL standings be driven by players who’ve already donned the red and white jersey?

Four of the seven players taken by Washington had ties to the organization’s reserves squad and a fifth to its now-defunct college academy side. Three of those selections, Andi Sullivan, Schuyler DeBree and Maddie Huster, were members of the 2015 reserves side that delivered the organizations only hardware to date, the 2015 W-League Championship title.

Was the selection of so many former members of the Reserves part of a grand design or something that just happened? The answer, according to head coach and general manager Jim Gabarra, is that the truth lies somewhere in the middle.

“It’s kind of a transition into what we hope at some point will be players who play in our DA (Development Academy) and our homegrown players but we don’t have that rule in place now in our league and in this case we got players who we have seen as part of our reserves teams over the last 3-5 years rather than bring a player that’s new to our club,” Gabarra said about the selection of familiar faces to the organization.

“It’s a lot easier to bring in a kid that’s been with us whether it’s a couple of summers or a summer before…I don’t say its a plan and you have to pick a certain number but it’s certainly something that goes into our decision making when you’re picking for the draft.”

An important cog in that decision-making process is KJ Spisak, who serves as an assistant on the professional side and is also the head coach of the Reserves. While there’s been a lot of change in the Washington coaching staff since the Spirit claimed the W-League title in 2015, Spisak has been a constant. She was named an assistant in 2014 and took over the reins of the Reserves the following year.  Gabarra called her input “invaluable” particularly in regards to players whose stints with the Reserves squad came before his tenure.

In response to a question about joining the Spirit, DeBree brought up Spisak and her Reserves experience.

“I had a fantastic experience with them when I played in the W-League,” said the Duke product. “I forget what summer that was, 2014 I believe (it was 2015) and got to play under KJ who’s still with the program which really makes me happy because I really loved her.”

In truth, the league is still a long way off from the Development Academy having an impact on NWSL.  Right now, competing on an NWSL club’s semi-pro team for a summer (or more) while training with the professional team is akin to a summer internship.

It is important not to overstate the importance of the Reserves. Sullivan would have been the first selection regardless of whether she’d ever even heard of the Maryland SoccerPlex. Nonetheless, if the Reserves team helps them identify talent outside the first round that is capable of success in the league and within the Spirit’s system, then it’s a solid investment.

Last year’s third round steal, Meggie Dougherty Howard, was the first real dividend the organization saw from the Reserves program.  Of course, the proverbial jury is still out on the 2018 draft class, but if it works out, even critics of the Spirit will have admit the team might be onto something.