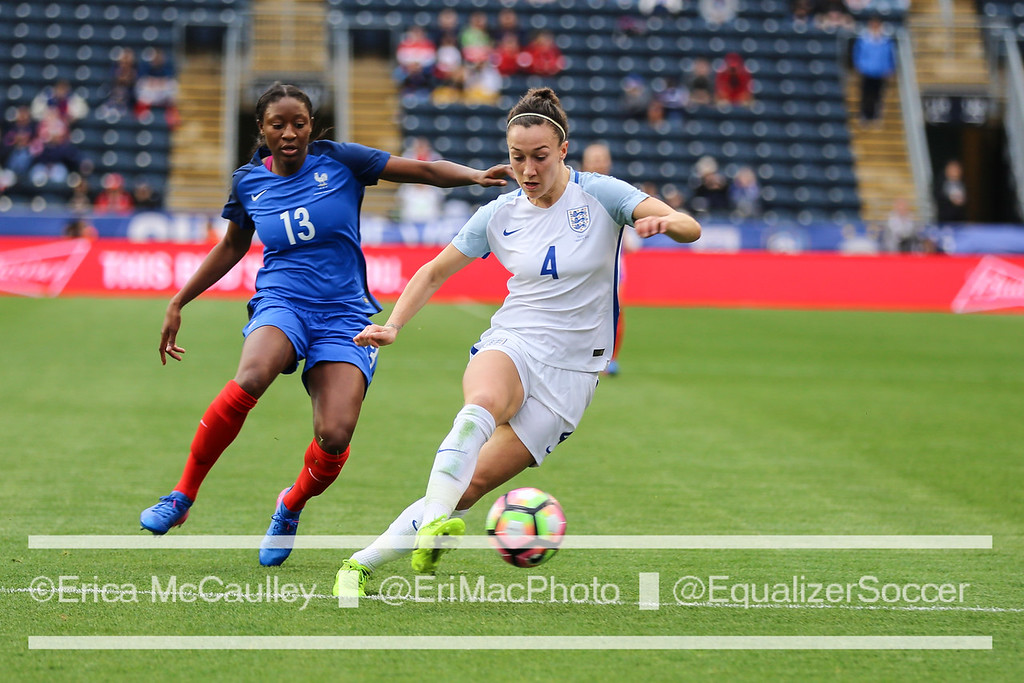 Today, the FA announced that Phil Neville has been appointed head coach of the England women’s national team until 2021.

The 41-year old has prior coaching experience at Manchester United, Valencia and at the youth national team levels for England as well as playing experience at the international level for England and the club level for both Manchester United and Everton, however this will be his first stint as a head coach. Neville is set to take over the helm of the women’s team from Mo Marley, who had been the interim coach in charge since Mark Sampson was fired in September of last year. The deal agreed to encompasses a contract for Neville that runs through to the end of the 2021 UEFA Women’s European Championships.

“I am honored to be given the chance to lead England. With the new coaching team we are putting in place, we can help the players build on their great progress in recent years,” he said. “There is no greater honor than representing your country and it will be a privilege to do it again.”

Neville, despite inheriting the no. 3 team in the world right now, will be taking over as head coach ahead of top competition early on. England is set to take on the United States, France and Germany in the SheBelieves Cup in the U.S. starting March 1.

The FA was originally focused on a few other key candidates to take the role including Chelsea head coach Emma Hayes, now Utah Royals head coach Laura Harvey, and now Canada men’s national team had coach John Herdman. Whereas Hayes pledged to stay with Chelsea, Harvey left Seattle and took a the job as head boss at new NWSL club Utah Royals and Herdman switched over to the men’s side of the Canadian national team.

England currently sit in second place in their World Cup qualifying group with three wins through three games. Wales sits atop the group with 10 points (3 wins and a draw) having played one more game than the Lionesses. England is set to take on Wales on April 6 when qualifying continues.

Extremely proud and honoured to be the head coach of the @Lionesses and Im unbelievably excited about the challenges ahead!! pic.twitter.com/u2AB3tBmFJ

Today, Costa Rican midfielder Shirley Cruz signed with Chinese club Jiangsu Suning FC, thereby ending her contract with Paris Saint-Germain that was supposed to continue through June of this year.

The 32-year old first signed with PSG in 2012 and since then has appeared in 131 games, scoring 30 goals. In the UEFA Champions League, she made 25 appearances, notching six goals while playing an instrumental part in leading the club to the Champions League semifinals in both 2015 and 2017. In what will now be her last season in Paris, head coach Patrice Lair appointed her as the team’s captain last year. Despite her decision to leave, Lair is grateful for all she was able to bring to the club during her tenure there.

“It’s with regret that we part ways with Shirley,” said Lair in the club’s official release. “But, after she brought so much to the club, it was difficult to refuse her the opportunity that presented itself. She was playing less this season and it was the right moment for her to take up this final challenge of her career. She will remain one of the most exceptional players I have ever coached.”

Thank you for the amazing years together, it’s been my greatest honor to be part of your team. France will always be my home pic.twitter.com/gzGruXhcK0 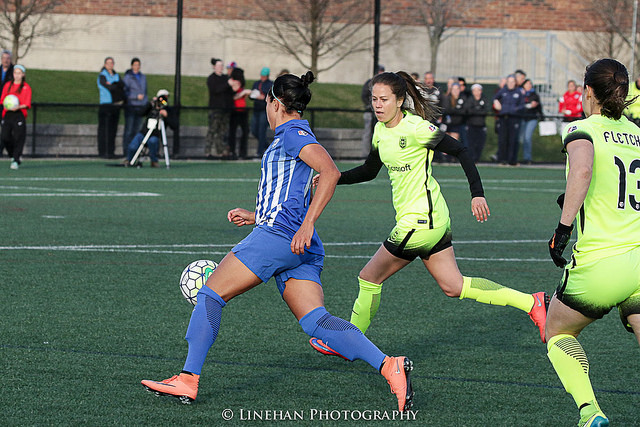 Yesterday, the Seattle Reign announced that defender Lauren Barnes will stay with the club for the 2018.

Barnes, who’s been in Seattle since 2013, is currently playing with Melbourne City FC in the W-League in Australia during the NWSL off season. In 2017, she took on a new role as co-captain for Laura Harvey’s squad where she saw time in 22 games, playing 1,811 minutes. That same season, Barnes celebrated her 100th appearance with the Reign in August, becoming the first player in NWSL history to reach 100 regular season appearances with the same club. A year earlier, Barnes started in all 20 Reign matches, helping the club set NWSL defensive records in most consecutive clean sheets and most minutes without conceding a goal. She was also named NWSL Defender of the Year for 2016.

New Reign head coach Vlatko Andonovski expressed his excitement to work with Barnes this year. “Lu is one of the steadiest players in the league and since the beginning she has always been one of the league’s best defenders. I’m excited for the opportunity to work with her and hopefully help her add another layer to her game.” 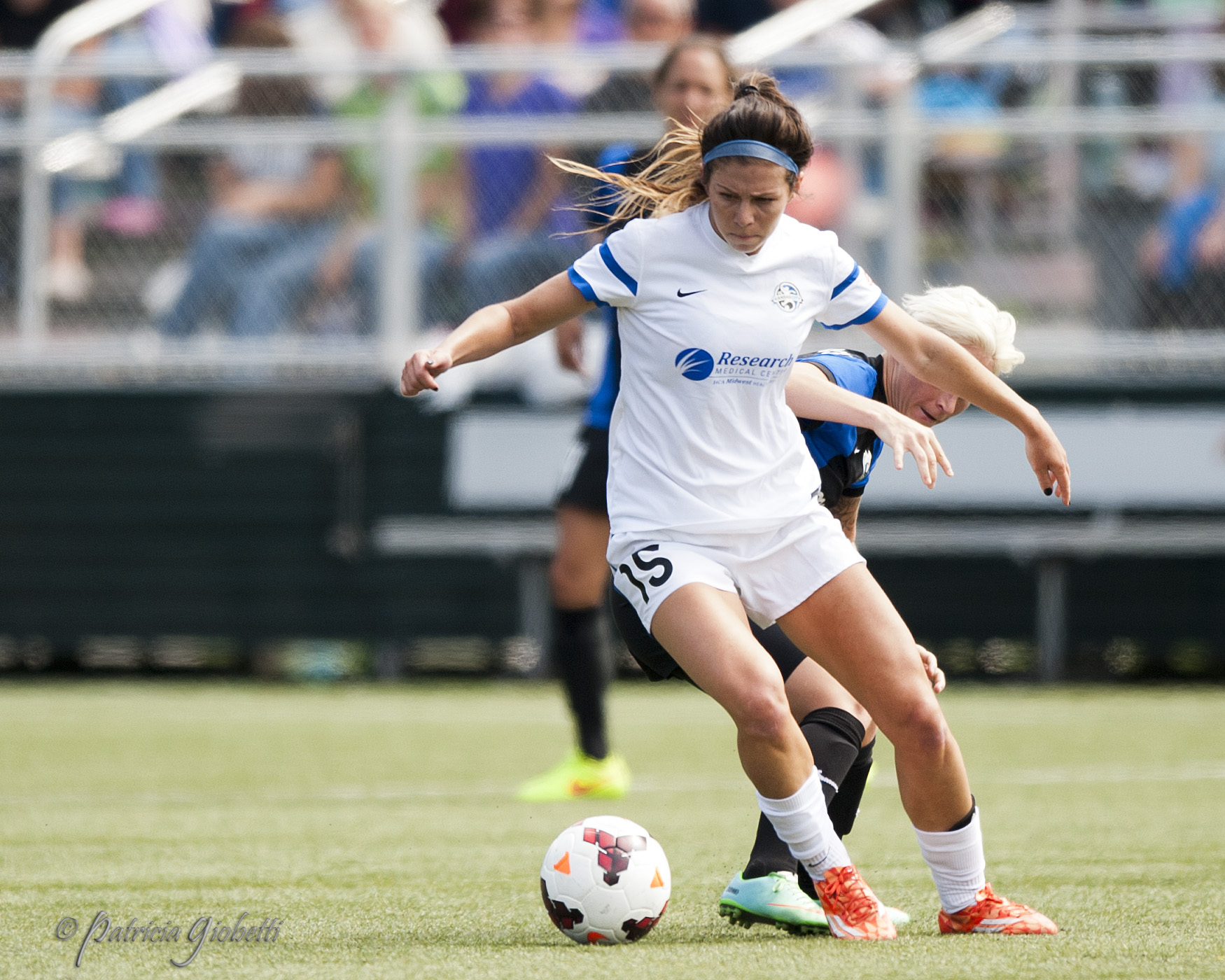 Tymrak has played for FCKC since 2013 and spent time on loan overseas. The midfielder made six appearances with Bayern Munich betwwen 2013-2014 and also spent time with Melbourne City of the W-League. She was named the NWSL Rookie of the Year in 2013 after being drafted to Kansas City in the 2013 NWSL College Draft. She was part of FCKC’s championship winning sides in both 2014 and 2015.

In the club’s official statement, Tymrak expressed her excitement for the new adventure: “I’m so excited to join an organization that prides itself on professionalism and growing the game,” she said.”I’m honored to be part of this. I’ve only been here a few days and am blown away with the facilities, staff, and overall professionalism of the entire organization.”

Laddish joined FCKC in 2014 and had been with the club since. For Kansas City, she made 39 appearances tallying one goal. The 25-year old landed at FCKC after a four-year career as a standout at Notre Dame. The Missouri native expressed her particular interest in playing for Harvey in Utah. “I’m looking forward to playing for and learning from Laura Harvey,” she said in the club’s official statement. “I’ve always admired her coaching style and feel that I will be able to refine my game while working with her.”

The pair of midfielders will now join Harvey’s roster as her fifth and sixth in that position after Desiree Scott, Taylor Lytle, Gunnhildur Jonsdottir, and Diana Matheson.