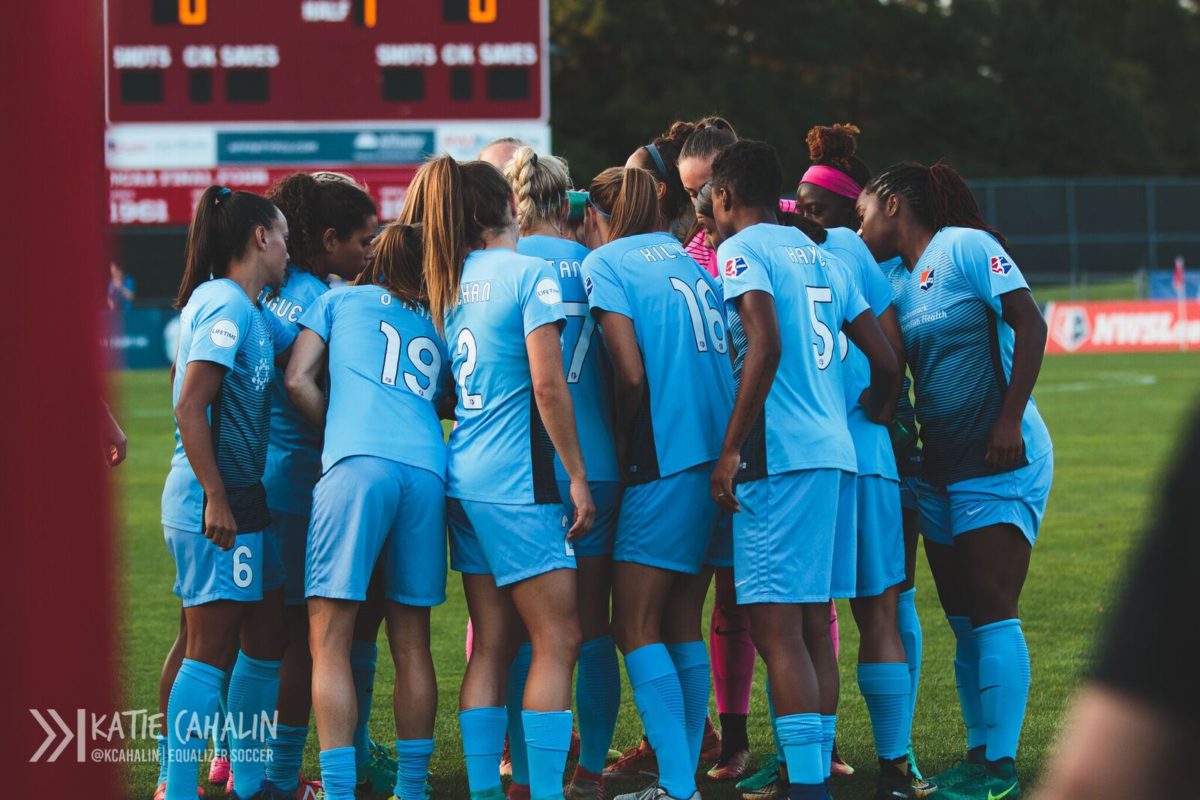 Sky Blue’s preseason opposition will present a difficult test since three of the four teams—Penn State, UNC and WVU—finished the 2017 NCAA season ranked in the Top 10.

“We look forward to playing against four top college programs this preseason,” Denise Reddy, Sky Blue FC head coach, said in the team’s official statement. “It was very important for us to play against opposition that would challenge us, and these four matches will play a key role in our preparations for the 2018 season.”

The NWSL previously announced that preseason would kick off on Monday, February 19, and Sky Blue is wasting no time, opening its preseason competition with a match against Penn State on February 24. The following Saturday, March 3, the team faces off against NCAA powerhouse UNC, whom they defeated 1-0 last preseason. Sky Blue will then take on WVU on March 10 before closing out preseason against St. John’s on March 18.

All four matches will be held at Sportika Sports indoor complex in Manalapan, New Jersey. The 2018 NWSL regular season kicks off on Saturday, March 24.

UWS is a second-division semi-professional women’s soccer league that was founded in 2015 and is sanctioned by U.S. Soccer.

Dellacamera is currently a commentator for Fox Sports and Major League Soccer’s Philadelphia Union. He has called five Women’s World Cups on network television, as well as eight consecutive men’s World Cups on TV or radio. He has also been involved with three Olympic Tournaments on NBC, as well as the UEFA Champions League, among others.

A retired USMNT and professional goalkeeper, Messing is currently the the main analyst for MLS’s Red Bulls New York for Madison Square Garden TV. As a player, he was a member of the U.S.’s 1972 Olympic squad before playing with the New York Cosmos of the NASL.

The name, colors, logo, coach, player signings and other additional information about the team will all be announced at later times.

#TBT She started out stopping shots, then instructing others to do the same, and now she’s giving direction and opportunities to countless others. Congratulations to Amy @GKCoachGriffin on her induction into @USYouthSoccer Hall of Fame this Sat. pic.twitter.com/1zjGfKZqUi

Griffin played for the USWNT from 1987 to 1991 and was a goalkeeper on the squad that won the 1991 World Cup. Since retiring from playing professional soccer, Griffin has moved onto coaching, previously serving as a goalkeeper coach for the U.S. U-20 women’s national team, helping them to win the 2012 FIFA U-20 World Cup.

She previously coached at the collegiate level for the likes of UCF and Santa Clara. Griffin is currently the associate head coach for the University of Washington’s women’s soccer team, as well as a coach for the U.S. Deaf Women’s National Team.