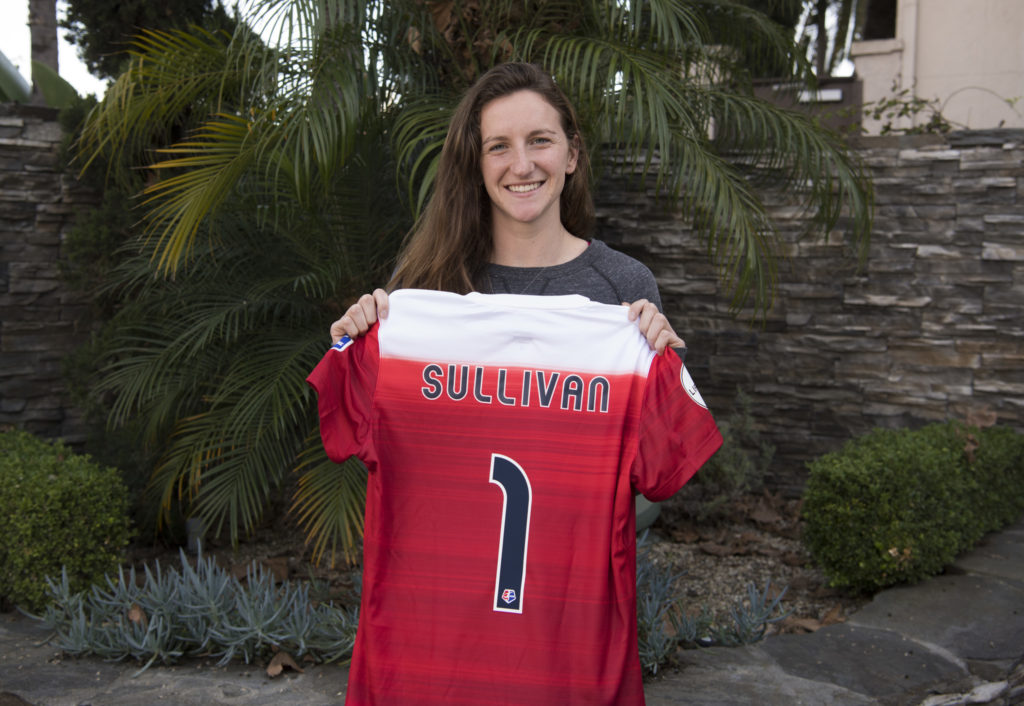 The Washington Spirit rebuild took another big step forward Thursday morning with the selection of Andi Sullivan as the first overall pick in the NWSL College Draft. The Stanford graduate has long been pegged as the top pick in this year’s class even before she finished up her college career by winning the MAC Hermann Trophy. In the end, the only suspense was whether or not Sullivan would enter the draft, a fact that did not crystallize until the final list of eligible players was released Wednesday evening.

“I was kind of taking some time off from the soccer world,” Sullivan said about her delay in entering. “I didn’t mean to frazzle anyone…so sorry about that if you were worried.”

Sullivan is at national team camp in California where she was planning on waking up early with Savannah McCaskill to watch the draft stream over coffee. She said USWNT press officer Aaron Heifetz alerted her that she was going to be the top pick when he asked about media availability and photos.

“I was kind of hoping to be picked first, but you don’t really know. There are a lot of good players in the draft, and it was kind of Jim’s decision. I had an inkling, but I didn’t want to be overconfident. (Wednesday) was kind of the first real moment when I was taking pictures with the jersey and stuff like that.”

The Spirit added Sullivan to a group that improved earlier in the week with the addition of Ashley Hatch and Taylor Smith in a trade for European-based Crystal Dunn.

“I’m really excited for the possibilities,” Gabarra said. “We’re in a really good position with some trades and draft picks. Having the No. 1 pick and the ability to pick Andi is huge. Because not only is she a local player but a high quality person that could be a player that we build our franchise around for years to come.”

Sullivan was born nearby in Virginia and was coached by each of her parents before eventually joining Bethesda Soccer Club in Maryland. She will join a midfield that, at 22, she will not be the youngest member of. That distinction will go to Mallory Pugh who joined the Spirit last Spring through the Distribution Ranking Order.

“Her quality as a person probably supersedes her ability as a player,” Gabarra said of Sullivan. “Whenever you’re looking at bringing players into a club, especially a first round draft pick, that’s a huge thing. You guys mentioned her family and her connections to the area, and we’re truly blessed to bring a player and a person of her quality in and fit her into our club.”

“That is a very good question,” Sullivan mused when asked which parts of her game she would have to work on as she transitions to NWSL. “I think being able to come into a few national team camps will help just playing with some of those players who play in the league and seeing how much higher the level is. I hope my passing ability will be able to hold up in the league. But I think I will be challenged by the physicality and the speed of play.”

Gabarra said that while playing for the national team is a plus, it is not a guarantee of success at the club level, and he urged caution after the rookie seasons of Pugh and the Breakers’ Rose Lavelle were shortened by injuries he believes stemmed from overuse balancing club and country.

“She’s proven at the national team level that she can play in the 6 role, she can play in the 8 role. She’s a really good fit for what our style of player is, which is possession oriented. She can defend. She can link the defensive line to the forward line. She can also get forward into the attack and become dangerous in scoring chances. A real hub in midfield and a real important piece of our spine. But we don’t want to get ahead of ourselves and just say she’s our savior and she’s going to come in and turn everything around. We have to be aware of managing her through the stress levels of being called into national team camps and give her every chance to learn and grow into our league, which is extremely challenging.”