Dualing trades: Spirit trade Dunn to Courage, move up to No. 3 in draft 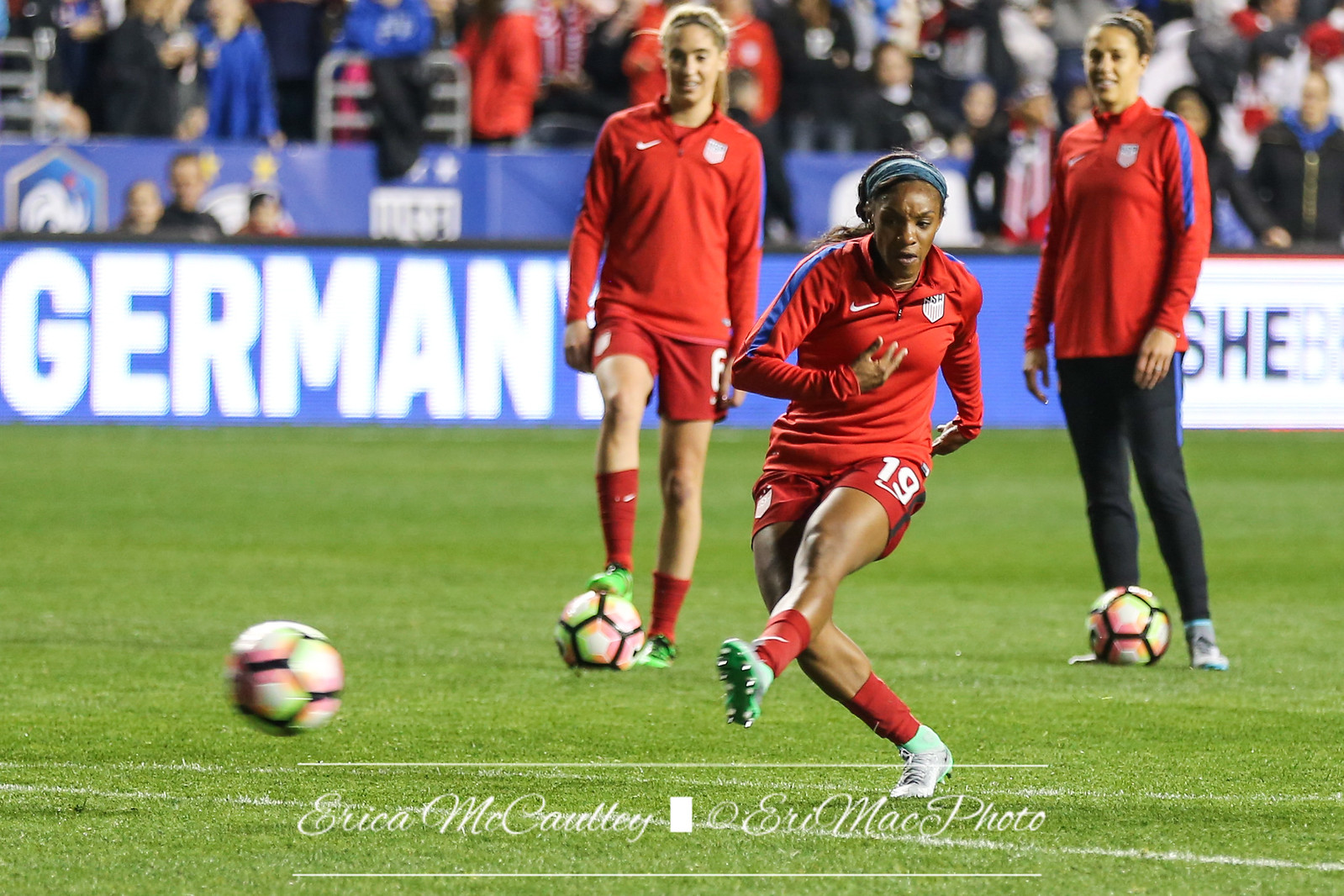 Crystal Dunn looks set to return to NWSL after a trade to the North Carolina Courage. (photo copyright EriMac Photo for The Equalizer)

The Washington Spirit made two separate trades on Tuesday, shipping the rights to Crystal Dunn to the North Carolina Courage for Taylor Smith and Ashley Hatch and also moving from the No. 6 to No. 3 pick in Thursday’s draft by trading Lindsay Agnew to the Houston Dash. The Spirit also sent an international roster spot to the Courage.

Dunn looks set to return to NWSL, where she was MVP in 2015, after sitting out last season and playing for Chelsea in the FA WSL. By rule the Spirit maintained her rights indefinitely.

“I’m really excited to be back in an area that means so much to me,” Dunn, who played her college ball at the University of North Carolina, said. “I know I am joining a great team and a club with an incredible history. I am just excited to get started and meet my new teammates.”

In the move the Spirit upgraded themselves at right back with Smith who enjoyed a breakout 2017 that saw her become the Courage’s regular starter and a presence with the national team. Hatch, the No. 2 overall pick a year ago, scored seven goals and was named NWSL Rookie of the Year.

“Taylor has developed into one of the best right backs in the NWSL,” Spirit Head Coach and General Manager Jim Gabarra said. “She has performed very well both with the national team and the Courage, and has been part of winning teams her entire career. She will be a difference maker for us.

“Ashley had tremendous success in her rookie season and it is rare that any player achieves what she did in their first season in the NWSL. Her natural ability to score goals is something all teams search for. Taylor and Ashley are not only top players, they are both quality people and we are elated to have them join our club.”

In the other trade, the Spirit moved up to No. 3 overall in exchange for Agnew and the No. 6 pick. The Spirit now hold the No. 1 and No. 3 pick on Thursday as well as the No. 11 spot. Agnew was the No. 19 pick last year and also made her senior international debut for Canada in 2017.

The Spirit earlier indicated their intention of drafting Andi Sullivan with the No. 1 pick, however as of the last release of players to register for the draft, Sullivan had yet to do so.