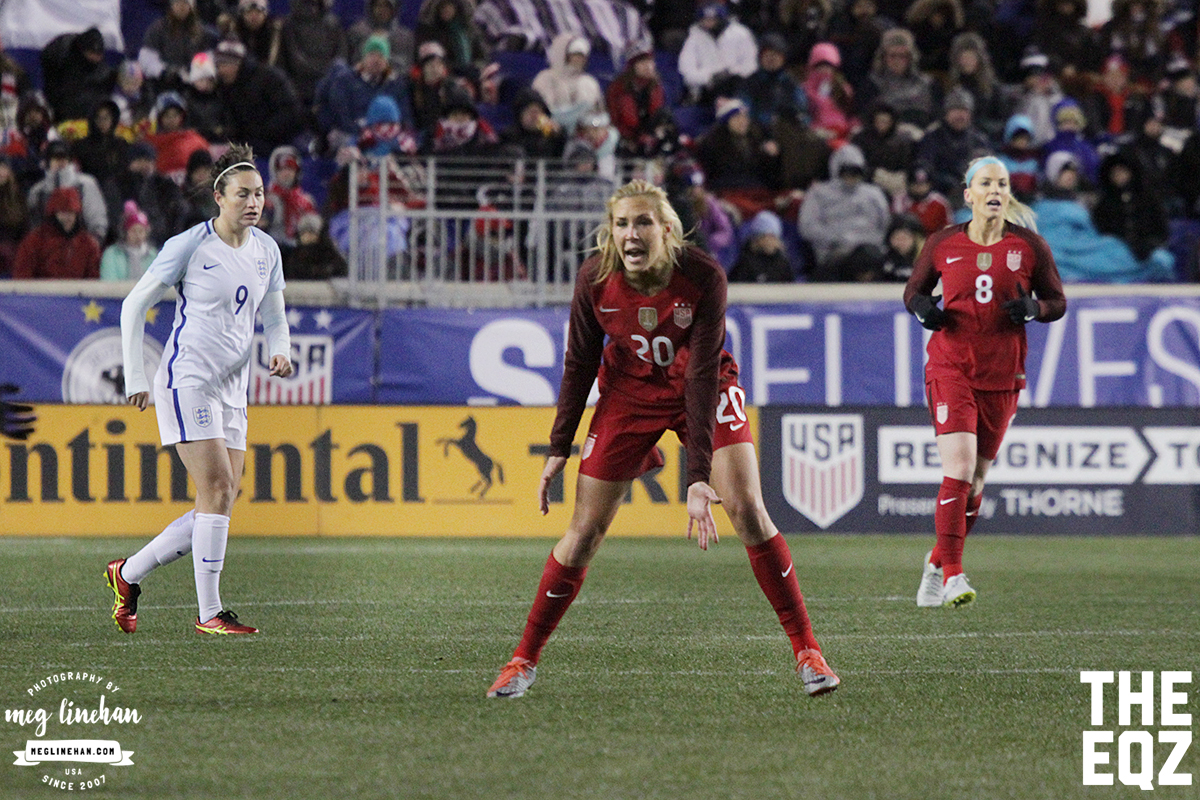 The Reign, Thorns, and Sky Blue executed what was essentially a three-team trade on Thursday. The fulcrum was Caitlin Foord—or the rights to Caitlin Foord—which Sky Blue moved after sitting on for two seasons while the dynamic Australian stayed away from NWSL. Sky Blue shipped Foord’s rights to the Reign for Rebekah Stott and Katie Johnson. The Reign then flipped those rights plus conditional 2020 pick to the Thorns for Allie Long.

Shortly after the trades were announced, Foord tweeted her excitement about heading to Portland. That must have been reassuring to Thorns fans but also makes perfect sense as it would seem unlikely that the Thorns would have traded Long for a player they were not reasonably sure was going to play for them. So with that in mind, I’ll assume Foord plays for the Thorns this season as I offer my hot takes on how this could work out for all three teams.

It seems odd to suggest that one of the more durable and effective players over the course of the five NWSL seasons needs a rebirth, but it just felt like Long’s time in Portland had run its course. Now she is the first intra-league acquisition in Seattle since Vlatko Andonovski took over as head coach.

It is difficult to project how any coach will deploy their players with two months until preseason and a draft and more trades between now and then. That goes double for a new player on a new team with a new coach. But Long is a versatile type who can play high or low in the midfield and even up top in a pinch. If Andonovski elects to go with his reliable 4-2-3-1 I think Long and Jessica Fishlock could be a killer combination as the two defensive midfielders. They are both solid ball winners who can make pinpoint passes from deep-lying positions. They are also both good going forward and reliable enough to cover if the other one gets stuck upfield. Of course this might not be anything close to what Andonovski has in mind, but it is clear he has big plans for Long in his efforts to get the Reign back in the playoffs.

Losing Stott opens up a spot on the backline but it also opens up an international spot. Furthermore the Reign defense was atrocious for most of 2017 so retooling it a bit—and there could be more changes coming—is not the worst idea in the world. Johnson was a super sub as a rookie and should continue to get international exposure playing for Mexico (while not requiring an international spot), but the feeling here is that the addition of Long should be worth the price. There is also a conditional 2020 draft pick heading to Portland. That seems far away but could come back to be relevant. But without knowing the conditions it is a difficult element to analyze.

The Thorns will welcome Caitlin Foord after her two-year hiatus from NWSL and if you did not watch the league while she played for Sky Blue from 2013-2015, you’re in for a treat. She was mostly a right back in New Jersey, but unless the Thorns are considering breaking up one of the top defenses in the league, Foord will likely be a wide attacking player. There won’t be many players more explosive on the ball than Foord—who is still only 24—and I suspect we will see a more refined version of her this time around.

Caitlin Foord, in orange, iss headed to the Thorns after a two-year hiatus from NWSL (Photo Copyright Mike Gridley/Boston Breakers)

As usual the Thorns are crowded, and their owner teased a forthcoming trade for a central midfielder which could be announced on Friday. With Long leaving and Amandine Henry having departed after the NWSL Championship, the midfield will have quite a different look in 2018. The main returning player is Lindsey Horan who could wind up as the main ball winner with the next addition playing more advanced and Foord as a dual flank threat with Tobin Heath. And that assumes Heath gets healthy enough to be the same sort of contributor she was in 2016.

Foord is six years younger than Long and has the potential to be a stronger player—though it should be noted that if you view Long’s Thorns career in a prism without factoring in the national team, there wasn’t much she didn’t do over the years and rarely got the recognition she deserved. But there is a lot to like in this exchange for Portland especially if one side of the other believed it was time for Long to move on.

The Denise Reddy era is off to a flying start in New Jersey. In the last two weeks, Reddy has added four players under 25-years old, all of whom could wind up as regular starters. She also moved up in the draft and controls the 4th and 5th picks at the moment. And yes Reddy traded Kelley O’Hara, but I have little doubt that Sky Blue are a better team on paper today than when their crazy 2017 wrapped up.

In this case, Sky Blue basically gets two free players because Foord was not going to play for them again. For whatever reason, Christy Holly decided not to trade her rights the last two seasons and since league rules stipulate that those rights last forever, Foord’s NWSL future has remained tied to Sky Blue. And while a straight up trade of Stott and Johnson for Foord would probably tilt to the side that got Foord, the fact she was nothing but an idea for the last two seasons makes this a good trade for New Jersey.

Stott is a candidate to lead a back line which was historically bad last season. The caution is that she comes from the Reign and preventing goals was not exactly in style in Seattle last season either—as Sky Blue saw up close two times. Sky Blue also saw a close-up of Johnson too last season. She assisted on the game-winner in the Reign’s 5-4 win over Sky Blue in Seattle and scored the opener in what turned out to be a 5-4 Sky Blue win in New Jersey.

With Shea Groom and Christina Gibbons also added to the squad and two top five picks in tow for the draft, it has been a strong start to the offseason for a club that desperately needs some playoff games to get things livened up.