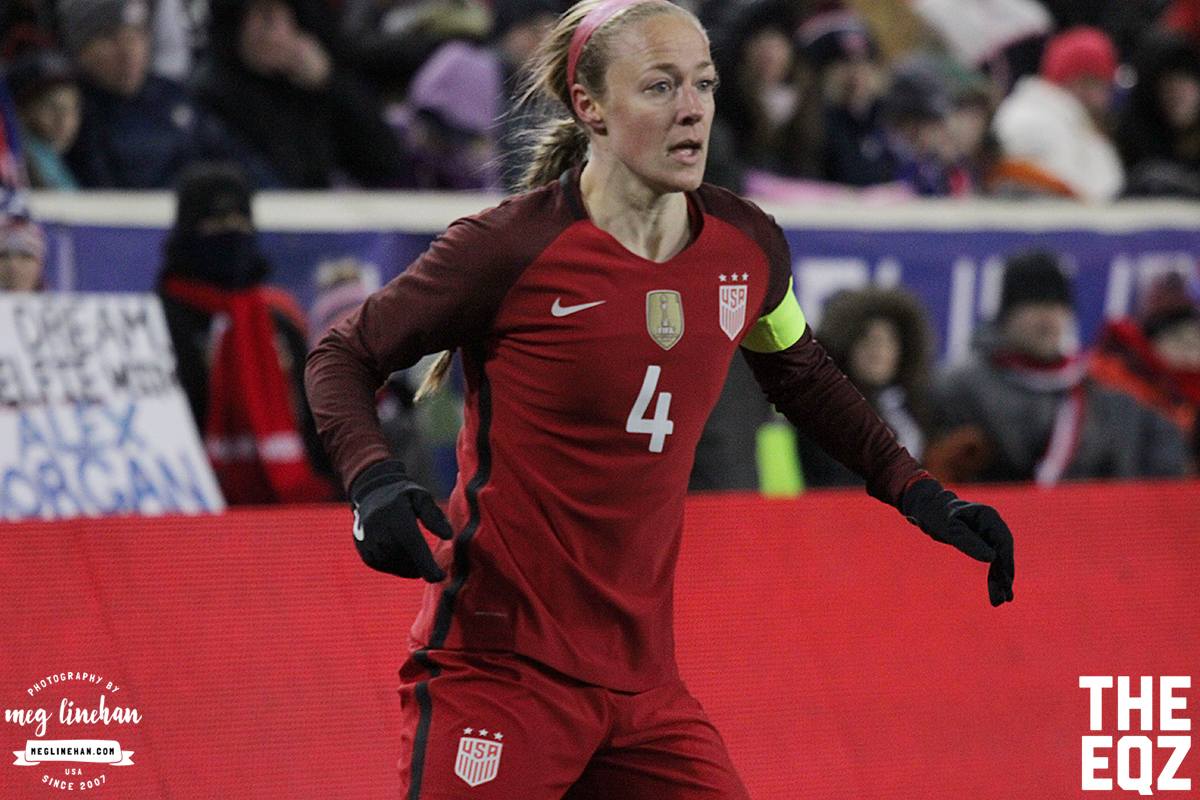 Becky Sauerbrunn has been ruled out of the USWNT’s January camp due to a stress fracture in her left foot. (photo copyright Meg Linehan for Equalizer Soccer)

Sauerbrunn, Brian ruled out of USWNT camp with injuries

U.S. Soccer announced on Thursday that Becky Sauerbrunn and Morgan Brian have been ruled out of January camp because of injuries. Neither player will be replaced on the camp roster.

Sauerbrunn was diagnosed with a stress reaction in her left foot during medical evaluations at the start of camp. The injury will require several weeks of rest.

The co-captain and center back led the USWNT in minutes played last year and was one of only two players to start in every match in 2017.  The other, Sam Mewis, was not initially named to the January roster as she continues recovering from an injury of her own.

Brian has already joined her new club Olympique Lyonnais in France and will stay with them as she continues working on rebuilding fitness lost from lingering injuries that hampered her 2017 season.

Also missing January camp is Tobin Heath, who is recovering from minor ankle surgery. Although Rose Lavelle was not named to the team’s camp roster, she has joined the team in California for some light training and rehab for a lingering hamstring injury.

Of the 24 players remaining in camp, head coach Jill Ellis will name 18 to dress for the January 21 friendly against 2017 EUROs runners-up Denmark.

Paul Riley coached the Courage to the NWSL Shield on a one-year contract last season and according to reporting by Neil Morris of WRAL Sports Fan in North Carolina, the Coach of the Year is set to return to the side for 2018.

Paul Riley, who was out of contract after last #NWSL season, and @TheNCCourage have finalized a new deal for him return as Courage manager in 2018, per inquiry to team spox. No terms disclosed; no official club announcement has been issued.

In six seasons coaching in women’s pro soccer, Riley has coached in four finals and been named Coach of the Year three times. His lone title was 2016 in his first season with the Western New York Flash. He then moved with the club to Cary, North Carolina and coached the Courage to the Shield and a return trip to the NWSL Championship where they lost 1-0 to the Thorns.

Riley was the coach of the Philadelphia Independence who played two seasons in WPS and reached the final both times, losing in 2010 and 2011. He was named WPS Coach of the Year both seasons. He also coached the Thorns in 2014 and 2015, losing a semifinal to FC Kansas City in ’14 and missing the playoffs in ’15. 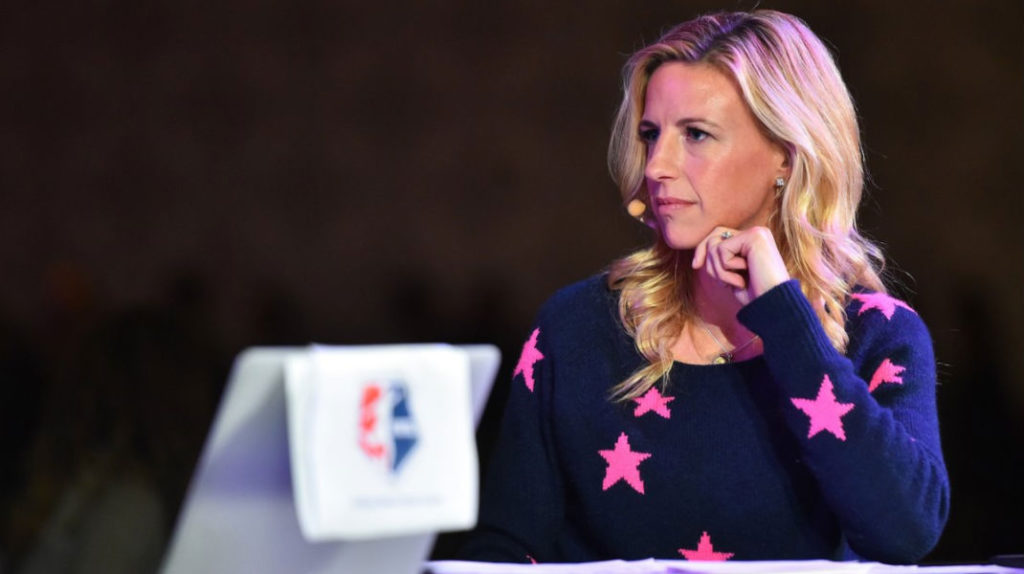 Aly Wagner is returning to her analyst role for the 2018 NWSL College Draft. (photo courtesy NWSL)

The NWSL will be streaming the 2018 College Draft live on the league’s website, app, Facebook page, and YouTube channel. The event will be streamed live from the Pennsylvania Convention Center in Philadelphia starting at 10 a.m. EST on Thursday, January 18.

Philadelphia sports reporter Marisa Pilla will be taking on hosting duties for the draft. She will be joined by Aly Wagner and Jen Cooper, who both were analysts for last year’s draft. The two also worked together throughout the 2017 season on the Lifetime NWSL Game of the Week broadcasts, where Wagner served as an analyst while Cooper was an editorial director.

Finishing out the draft’s broadcast team is Jordan Angeli, who will be making her NWSL College Draft debut as a reporter. After playing in the NWSL for two seasons, Angeli returned to the league last season in a different role, providing play-by-play, color commentary and sideline reporting for the league’s go90 match streams.

Per the league announcement, the stream’s broadcast crew will be joined live by draft picks, NWSL coaches and managers, and other special guests throughout the event.

Hope Solo to be honored for 200th cap

Hope Solo will be honored for her 200th cap before the USWNT’s January friendly against Denmark. (Photo copyright Erica McCaulley for The Equalizer)

U.S. Soccer announced today that former starting goalkeeper Hope Solo would belatedly be honored for her 200th cap before its January 21 match against Denmark.

Solo became the first goalkeeper in the world to hit the double century mark for her country during the USWNT’s 2016 Olympic group stage match against France on August 6.

She made two more appearances for the team before being handed a six-month suspension and losing her contract in response to controversial remarks made following the team’s quarterfinal loss to Sweden.

During her suspension, Solo underwent a shoulder replacement surgery that prevented her from returning to the field following her suspension. She most recently made headlines by announcing her candidacy for U.S. Soccer President.