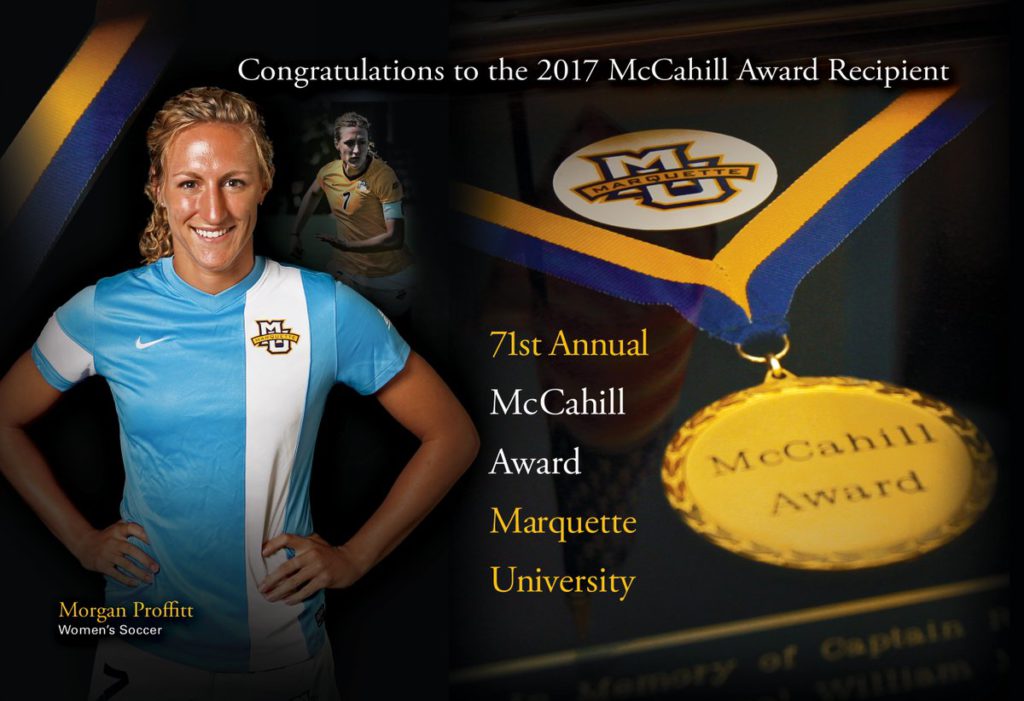 Morgan Proffitt has been named the winner of Marquette’s prestigious Robert L and William P McCahill Award which honors one student-athlete who has achieved in athletics, scholarship, and service to the university. Proffitt will be honored Monday night at Marquette’s men’s basketball game.

The 2016 Big East Player of the Year during her senior season, 2016, was drafted No. 12 by the Chicago Red Stars and traded to the Washington Spirit over the summer.

“Morgan epitomizes what Marquette student-athletes strive to be every day, displaying excellence in all aspects of life,” Marquette University vice president and director of athletics Bill Scholl said. “Each of our over 300 student-athletes sacrifice a great deal in pursuit of athletic and academic excellence, while working to make a difference in our community. During her time at MU, her pursuit to be among the very best on the soccer pitch was as apparent as her humility and the respect she showed her teammates, coaches, administrators and professors. I can think of no better representative of Marquette and the McCahill Award.” 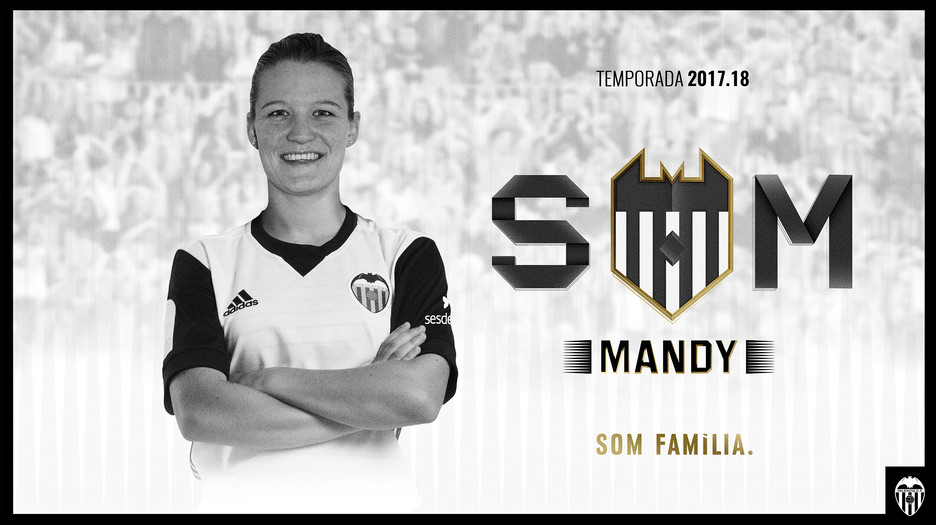 Netherlands captain an defender Mandy van den Berg is on her way to Valencia. The 27-year old was announced by the Spanish side Monday. van den Berg has been capped 90 times by the Netherlands and wore the armband for the side’s memorable run to win the European Championship on home soil last summer. She spent 2016 and 2017 at Reading in the FA WSL after a short stint with Liverpool.

Valencia currently sit 5th in the Spanish table but are a far cry from challenging the dominance of Barcelona and Atletico Madrid who are each 7 points clear and 16 to the good on Valencia. The club’s next match is this Saturday at home against Real Sociedad. They are away to Atletico Madrid on February 17.

In other European transfer news, Laura Georges is leaving Paris Saint-Germain to join Bayern Munich. The German giants are chasing Wolsburg who they trail by 3 points with a home match scheduled for May 26. Bayern are also in the last eight of the German Cup—the DFB Pokal Women—and will visit Division 2 Saarbrucken in March. Georges is a member of the French national team.

FA Cup Fourth Round draw made

The English FA announced matchups for the Fourth Round of the FA Cup. The Round of 32 matches, which will not be decided until April, is when the WSL sides jump into the competition. The matchups are as follows with home sides listed first.