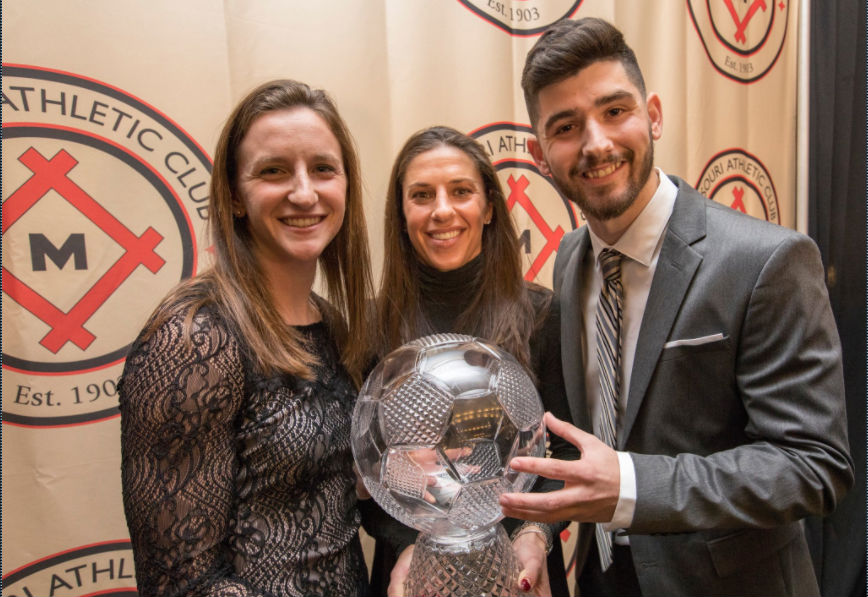 The Lorton, Va. native, who was a runner-up for last year’s award, scored three goals and tallied six assists in her senior campaign while captaining Stanford to its second national title in program history. The midfielder’s goal in the national championship match was the 20th of her collegiate career, and she finished with 18 assists to her name as well.

For her outstanding performance on the field, Sullivan was also named the 2017 Pac-12 Midfielder of the Year and was a three-time All-America First Team selection. Her accomplishments in 2017 are even more impressive considering she was returning from a torn ACL suffered during the 2016 NCAA tournament.

Sullivan beat out UCLA sophomore and Canada midfielder Jessie Fleming and South Carolina forward Savannah McCaskill, recently named alongside Sullivan to the January senior USWNT camp roster, to win the award. She is also the fourth Stanford player to win the award, following in the footsteps of Kelley O’Hara (2009), Christen Press (2010) and Teresa Noyola (2011).

Up next for Sullivan is the USWNT’s January camp, which kicks off on Saturday and concludes on Jan. 21 with an international friendly against Denmark. Interrupting that camp will be the 2018 NWSL College Draft, which will take place on Thursday, January 18 in Philadelphia. Although Sullivan has yet to officially declare for the draft, she is predicted by many to be selected as the No. 1 overall draft pick.