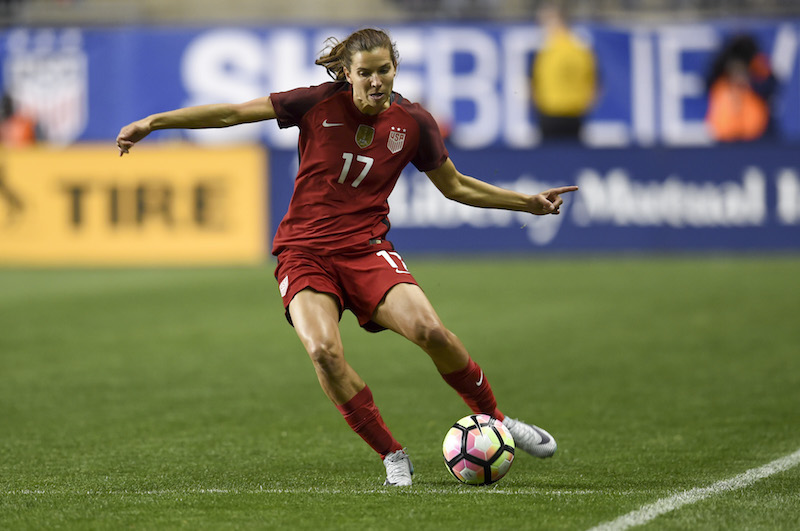 United States women’s national team and Portland Thorns midfielder Tobin Heath underwent minor ankle surgery on Thursday, per a statement released by U.S. Soccer. The surgery was to remove a bone growth from her right ankle. She is expected to be out eight to 12 weeks to recover.

“It’s been bothering me for a while now and we tried to rehab, but I wasn’t progressing so it was time to address it surgically,” Heath said in USSF’s statement. “I want to make sure it’s not a hindrance moving forward so I can get back on the field and have great preparation for a big year ahead.”

Heath previously missed the majority of the 2017 NWSL season and multiple national team camps as she rehabbed a back injury. She then suffered Heath a left ankle injury in the 2017 NWSL Championship match and was sidelined from the last two USWNT camps of the year.

{RELATED: Bush on USWNT January roster: This is it?}

The announcement of Heath’s surgery comes just a day after she was left off of Jill Ellis’s 26-player roster for the USWNT’s January camp due to the injury. The timing of Heath’s recovery means that there’s a possibility that she may also miss this year’s edition of the SheBelieves Cup, scheduled to kick off on March 1 in Columbus, Ohio.

Scotland to face off against New Zealand in Spain

The Scottish FA announced on Thursday that Scotland will play two international friendlies against New Zealand in March. Both matches will be played at Pinatar Football Arena in San Pedro del Pinatar, Spain and will be held on March 3 and 6.

The last time the two teams met was during the 2017 Cyprus Cup. Scotland won that match 3-2 thanks to goals by Erin Cuthbert, Kim Little and Jane Ross. As the pair of matches suggests, neither team is participating in this year’s edition of the annual friendly tournament.

Although the matches will be held during the March FIFA international window, a couple of NWSL teams will likely be affected since the window interrupts NWSL preseason. The Seattle Reign’s Rachel Corsie is Scotland’s captain, while her Seattle teammate Rebekah Stott and the Boston Breakers’ Rosie White play for the Football Ferns.

The Scottish FA also announced on Thursday that Scotland’s next competitive match, a World Cup qualifying match against the Swiss national team, will be played on April 5 at Lipo Park in Schaffhausen, Switzerland.

Congratulations to our own @AsisatOshoala who has been crowned African Women Player of the year for a record 3rd time #AiteoCAFawards2017 pic.twitter.com/887xbnni99

The Confederation of African Football (CAF) announced on Thursday that Nigeria’s Asisat Oshoala had been named its African Women’s Player of the Year for 2017. Oshoala is the first player to receive the honor three times, having previously won the award in 2014 and 2016.

Oshoala currently plays for Dalian Quanjian FC of the Chinese Women’s Super League where, in her first season with the club, the 23-year old netted 12 goals including a brace in the season finale. Her efforts earned her the league’s Best Striker accolade while helping Quanjian win its second consecutive league title.