Tuesday Roundup: Darian Jenkins to return from injury at U-23 camp 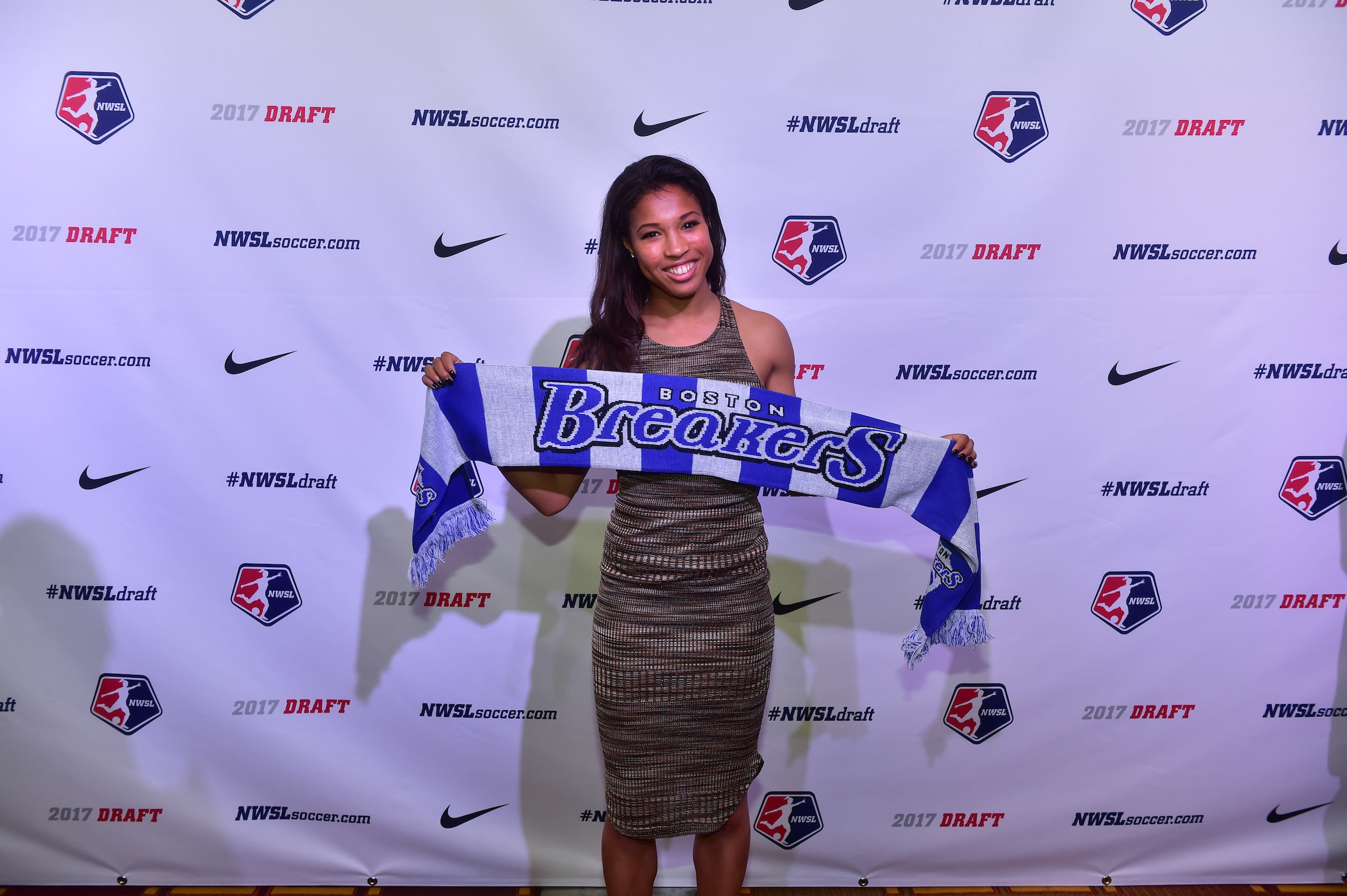 Margaret Purce, here after being drafted, will be at USWNT U-23 camp beginning later this week

Darian Jenkins, who missed her entire rookie season injured after being selected No. 7 overall by North Carolina Courage, will be part of B.J. Snow’s U-23 camp in California next month. Believed by some to be the best player in her senior class, Jenkins broke her leg October 2, 2016. The injury required surgery, cut short her senior season at UCLA, and then spent the entirety of the 2017 NWSL season rehabbing.

Two other NWSL players are among the 26 players called in for the camp. Midge Purce was selected by the Breakers two positions after Jenkins and spent time in camp with the full national team ahead of the Tournament of Nations. Summer Green was a 3rd round pick by the Reign in 2016, missed her rookie season through injury, and played for the Red Stars in 2017 following a trade.

The camp will run January 4-11. Traditionally, the top performers at the U-23 camp are invited to stay for the full USWNT camp which typically opens a few days later.

The full U-23 camp roster includes:

Happy New Year to you from the USDWNT! We are grateful for your support in 2017. Onwards and upwards in 2018! ? ? ?#USDWNT pic.twitter.com/iPTpuhJmXN

The U.S. Deaf national team completed a training camp Tuesday in Austin, Texas. The team arrived in Austin last Friday. Special guests made appearances to assist with training including Illinois head coach Janet Rayfield (who was on the first North Carolina team to win the national championship in 1981) and Breakers goalkeeper Abby Smith.

Meghan Mayfield, a graduate assistant coach at Ball State, participated in the camp more than a year after undergoing surgery to repair a torn ACL.