Kelley O’Hara to Utah in blockbuster 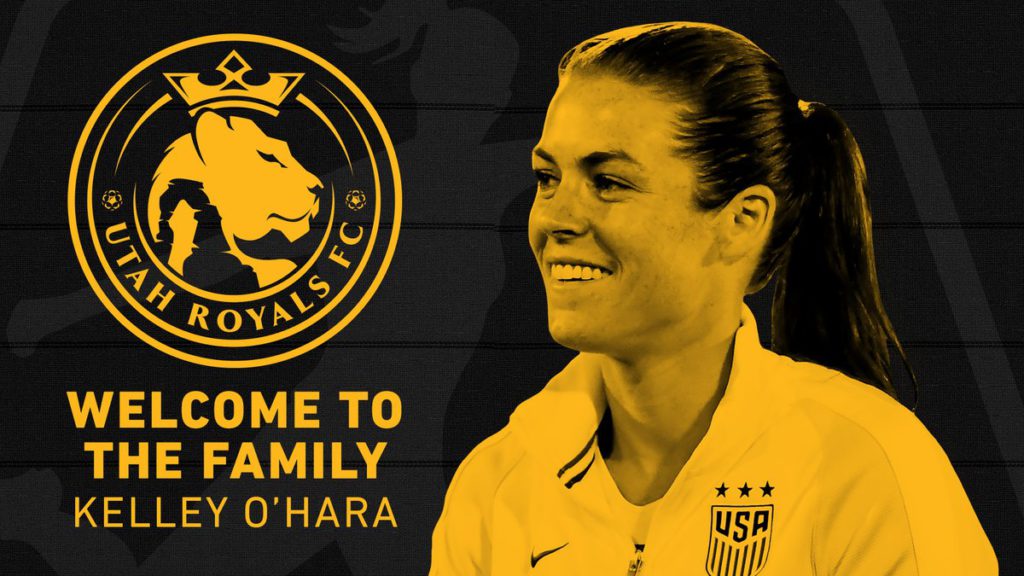 The first trade of the NWSL offseason was a big one, and it was pulled off  by the coach famous for wheeling and dealing. In Laura Harvey’s first move since taking over at Utah Royals FC, the newly minted NWSL club acquired United States defender Kelley O’Hara from Sky Blue FC in a trade that included four players and two draft choices.

The Royals acquired O’Hara, Taylor Lytle, and the No. 25 pick in next month’s entry draft. On the way to Sky Blue are Shea Groom, Christina Gibbons, and the No. 4 overall pick.

“With the acquisition of Kelley and Taylor, we have brought in two huge assets for our club,” Harvey said. “Kelley is a proven International player, who has been a standout player for both the USWNT and the NWSL over recent years. Her talent, work ethic and winning mentality is something I think will be infectious throughout the team. Kelley is in the prime of her career and I feel coming to Utah is a great move for both her and the Royals.”

O’Hara was an original Sky Blue allocation in January 2013 and has been a fixture on one flank or the other ever since. Former Sky Blue coaches Jim Gabarra and Christy Holly often alternated between using O’Hara as a full back or an attacking player with circumstances leading her to retreat to fullback more often than not. For the United States she has settled in as an outside back with occasional forays into midfield. O’Hara owns an Olympic gold medal from 2012 and a World Cup championship medal from 2015.

Lytle was also a Sky Blue original but as an undrafted free agent and has maintained a spot on the roster and a place on the field ever since. The move to Salt Lake City will put her closer to her home in New Mexico where Lytle still spends her offseasons. In trading O’Hara and Lytle, Sky Blue have shipped off the last vestiges of their 2013 team, their first in NWSL and only playoff team in the five-year history of the league.

The new additions in New Jersey will be formidable. Groom was a 2nd round pick in 2015 and has developed into one of the more unpredictable offensive threats in NWSL. Groom also carried a reputation as a player who keeps a fine line in terms of her physical play. Gibbons was the No. 5 pick earlier this year and after beginning as FC Kansas City’s left back, moved to midfield where she found her stride as one of the top rookies in her class. Last month, FC Kansas City’s roster and draft picks were transferred en masse to the league office and then to the Royals.