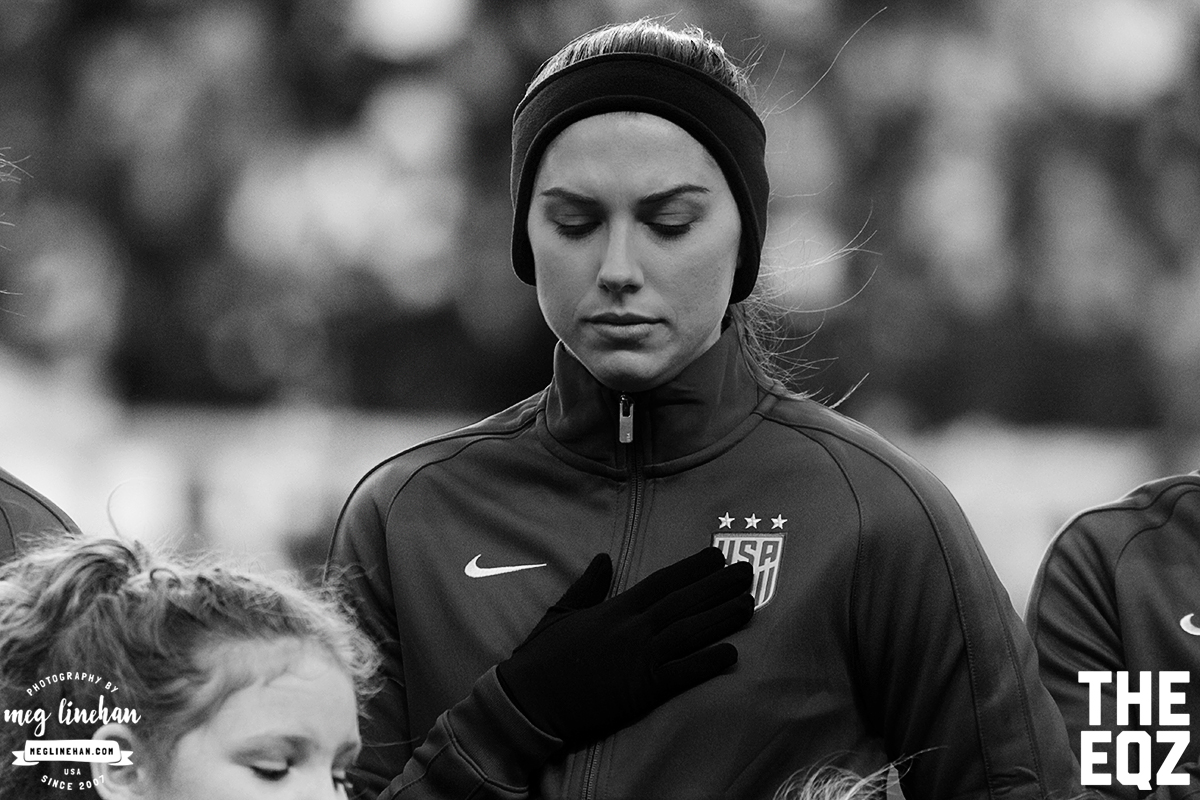 Following the United States women’s national team’s early exit from the 2016 Olympics, head coach Jill Ellis began a significant rebuilding process with her team. It started last fall, and included drastically altering the roles of a number of beloved veterans, calling in a host of previously uncapped newcomers, and dramatically altering the team’s shape through the implementation of a new three-back defense.

In the fall, the new experiments went well, as the team cruised to lopsided back-to-back wins over Switzerland in October and Romania in November. However, everyone involved—from Ellis to the players to the fans—knew that the real test would come in March during the SheBelieves Cup.

Launched the year before, the tournament presented the perfect opportunity to gauge the U.S.’ progress against the top teams in the world with matches scheduled against the second-ranked Germans, the third-ranked French, and the fifth-ranked English.

In the first match, the U.S. played well enough, eking out a 1-0 win over the defending Olympic champions, Germany. While neither team generated much in the offensive end, and the Germans seemed to lack energy and urgency, the Americans maintained enough possession in the middle third to control its fair share of the match.

The U.S. found the game-winner early in the second half when Christen Press dispossessed an opponent 35 yards from goal, beat two defenders, and lashed a left-footed shot off the crossbar. On the ensuing scramble, Lynn Williams put away the loose ball to help the Americans to the win. Coming out of the match, the U.S.’ new setup looked capable of competing with the world’s best.

Three days later, however, the team hit a bump in the road against England, ending a 27-game unbeaten streak for the Americans.

Despite controlling long stretches of the contest, and seeing a strong performance from Rose Lavelle in her long-awaited U.S. debut, the Americans were unable to find the back of the net. The Lionesses eventually took advantage of the opportunity the Americans had given them when Ellen White tallied on a corner kick in the 89th minute to give England the win.

Then, in the final match of the tournament against France, the wheels fell completely off the cart.

The French dominated the contest against the Americans, beating the U.S. in every facet of the game en route to a 3-0 win—the worst defeat in a decade for the U.S.

In the game, France exposed the Americans’ inability to possess in traffic and took advantage of giveaways with sharp counterattacks that exposed the U.S. backline. France’s ability to put together quick passing combinations also helped expose every fan’s worst fears as Allie Long’s lack of pace and experience at center back made her a ripe target for Les Bleues’ attack. Goalkeeper Alyssa Naeher also made questionable decisions on the plays that led to all three French goals on the night and the Americans finished the tournament in last place, having scored only once in three games while conceding four goals themselves.

Following the tournament, the U.S. abandoned the three-back (which some still suspect might work with the right personnel) and returned to its traditional four-back for two friendly wins against Russia in April and wins against Norway and Sweden in June.