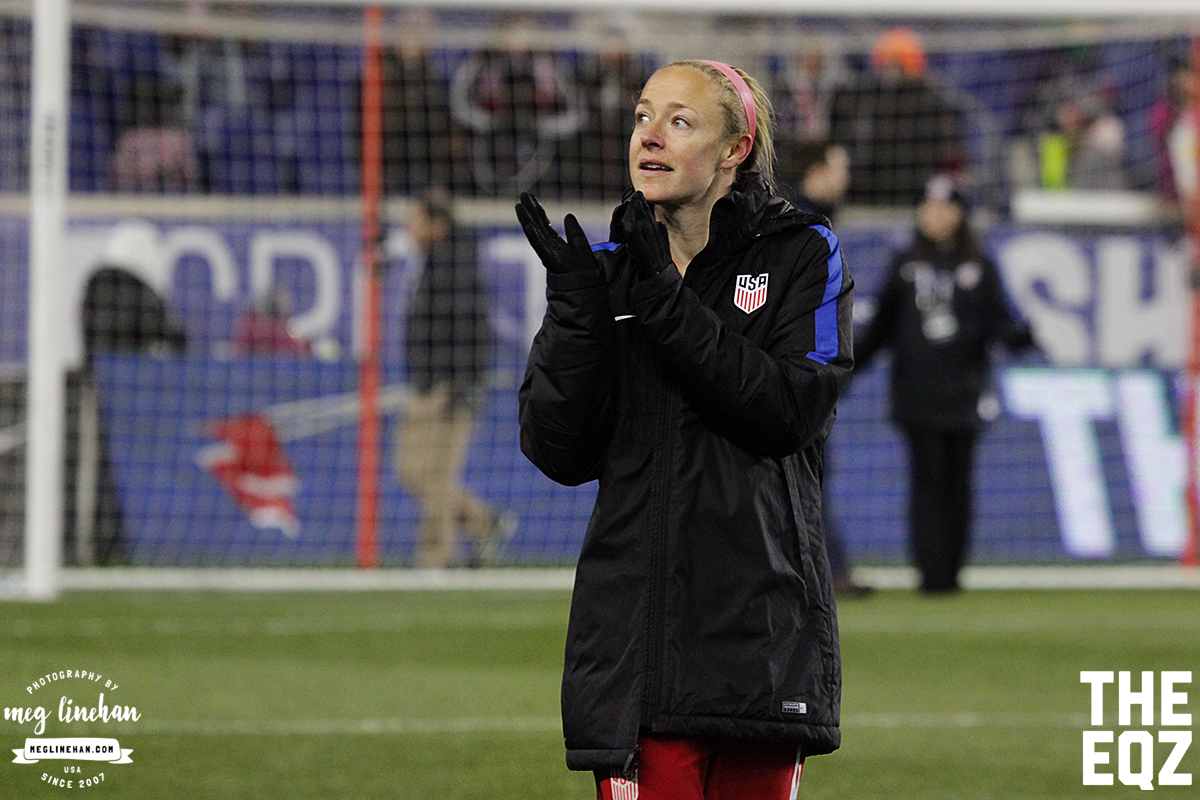 Becky Sauerbrunn is all in on Utah Royals FC. (MEG LINEHAN/Equalizer Soccer)

Utah Royals FC announced Thursday that Becky Sauerbrunn has committed to the club for 2018. The Royals acquired the contracts of all players previously signed with FC Kansas City but Sauerbrunn is the first player to publicly commit to the Royals inaugural season in Salt Lake City.

“I’m incredibly excited to start this new adventure in Utah,” Sauerbrunn said. “To me it’s very clear that Owner Dell Loy Hansen and the Club’s management wants to provide those in the locker room with every possible chance to win a championship right out of the gates. Everything in Utah is going to be world-class and it’s a really exciting thing to be a part of.”

Sauerbrunn was part of the original allocation to FC Kansas City in 2013 and was the team’s captain and central defense anchor for all five seasons the club operated. She helped FC Kansas City to the playoffs each of their first three seasons and was named NWSL Defensive Player of the Year each time. Sauerbrunn, 32, has also co-captained the United States national team since the departure of Christie Rampone in 2016.

“Becky is one of the best players the NWSL has seen over its five-year existence,” Royals FC Head Coach Laura Harvey said. “To have her join us in Utah is really exciting, and to be able to build our club around a player like Becky is a huge development for this team. I’m really looking forward to working with her.”

The Royals have not made any player transactions but are still in the process of sorting which players will be making the move to Salt Lake.

Ella Masar McLeod has signed to play for Wolfsburg in 2018. The former Chicago Red Star and Houston Dash recently declined a contract extension at FC Rosengard after that club did not offer the same to her wife, Erin McLeod. The news was first reported Thursday by Jasmina Schweimler.

I can now officially confirm that @emasar3 has signed with Wolfsburg and will wear the Green and White jersey until 2019! A massive boost for our squad. Adds lots of experience and is a true fighter. Willkommen, Ella! https://t.co/UwgAXfFxXI

When Masar arrives at Wolfsburg she will be thrust into a pair of trophy chases. Halfway through their domestic season, Wolfsburg holds a narrow lead over Bayern Munich in a bid to repeat. Additionally, they will face Slavia Prague in the Champions League quarterfinals. Masar recently expressed an interest in becoming eligible to play for the Canadian national team.