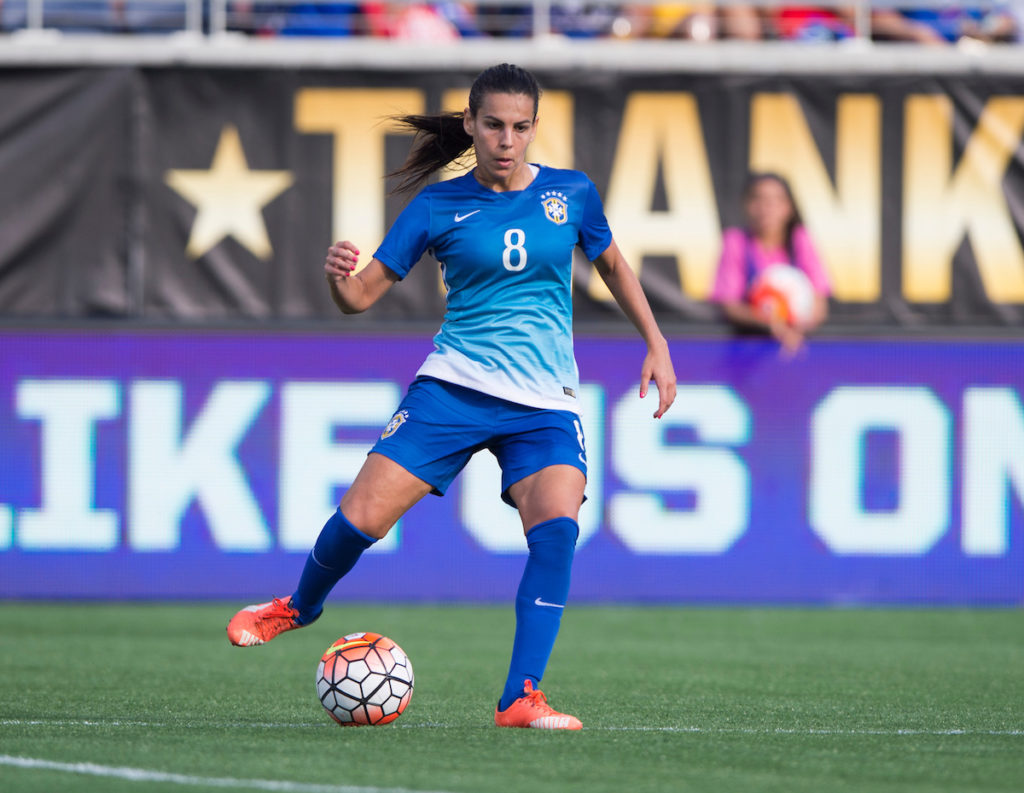 Sky Blue FC began building their roster for 2018 by signing Brazilian midfielder Thaisa Moreno, known more widely as Thaisa. The 28-year old played her college ball in the United States spending two years at Feather River College in California and the transferring to Florida International University. She has een capped 49 times by Brazil since debuting in 2013.

“Thaisa is a distinguished international with outstanding ability on both sides of the ball,” Sky Blue FC head coach Denise Reddy said. “Her experience and expertise as a midfield motor will be a huge addition to our roster.”

Thaisa is the first player transaction for Sky Blue since hiring Reddy as head coach last month. The signing also represents a change in course for a club that did not make any international signings the last two off seasons. Former head coach Christy Holly drafted international players but did not make any signings from overseas other than to bring Daphne Corboz back from Europe.

At the club level Thaisa has played in Brazil and Europe, highlighted by a stint at Tyreso.

“Needless to say, we are incredibly excited to have Thaisa coming to New Jersey,” Tony Novo, Sky Blue FC President & General Manager, said. “She is an internationally accomplished player who will provide a huge boost as our roster continues to take shape for the 2018 season. Her leadership and style of play will be a tremendous addition to our team.”