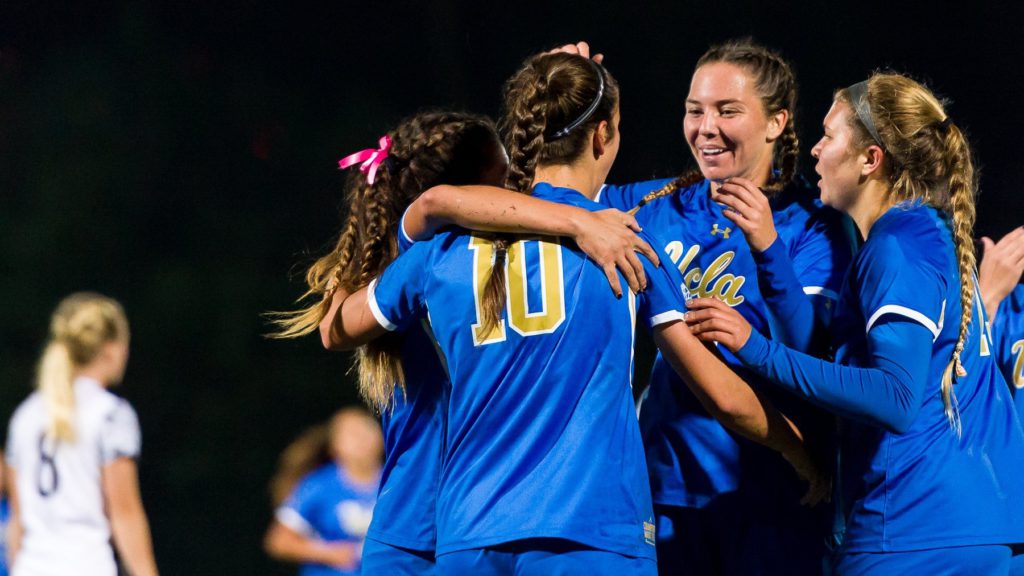 For the first time since their 2013 National Championship-winning run, the UCLA Bruins are headed to the NCAA College Cup Final. After a scoreless 120 minutes of regulation and overtime, the No. 4 Bruins defeated the No. 1 seed and third overall Duke Blue Devils, 4-3, in a penalty kick shootout to advance. Marley Canales converted the decisive penalty to send the Bruins to Sunday’s national title match.

Unlike the night’s first semifinal match, which had two goals scored in the first 30 minutes of the match, the semifinal between UCLA and Duke was a hard-fought defensive battle that saw neither team break the deadlock throughout regulation or two overtime periods. Although UCLA enjoyed the majority of possession, Duke was happy to sit back and defend, seizing the opportunities on offense to present themselves before striking.

As a result, the game remained fairly even throughout, with UCLA just edging Duke out in shots, 12-10 during regulation. The game became a little more lopsided during the two overtime periods, as UCLA prevented Duke from registering a shot in either period of extra time while registering three of their own. However, the Blue Devils defense held UCLA to just one shot on frame all match, while on the other side of the field their offense forced Bruins goalkeeper Tegan Micah to make three saves to send the match to penalties.

In college soccer players who were not on the field at the end of overtime are allowed to participate in the penalty kick shootout. A trio of players who didn’t feature in the match at all—Duke’s Gabi Brummett and UCLA’s Julia Hernandez and Canales—stepped to the spot and converted for their respective teams. Duke’s Malinda Allen, who took the second penalty for Duke, hit the crossbar with her attempt, but UCLA senior MacKenzie Cerda had her spot kick saved by Duke goalkeeper EJ Proctor to knot the shootout 3-3 going into the final round.

Duke junior Kat McDonald sent the Blue Devils’ fifth attempt towards the middle of the goal, but Micah guessed correctly and was able to make the save. With the game on the line, freshman midfielder Canales stepped to the spot for the Bruins. During her run up to the spot, Proctor jumped towards the right post, a move that did not fool Canales as planned. Instead of taking the bait and shooting left, where Proctor had redirected, Canales easily placed her shot in the right upper corner, converting her penalty kick and sending UCLA to their second College Cup Final in five years.

The Bruins will now face Pac-12 rivals Stanford, who defeated them, 1-0, during the regular season, in Sunday’s national championship game. The College Cup Final kicks off at 12 p.m. ET and will be televised on ESPNU and streamed on the WatchESPN app.